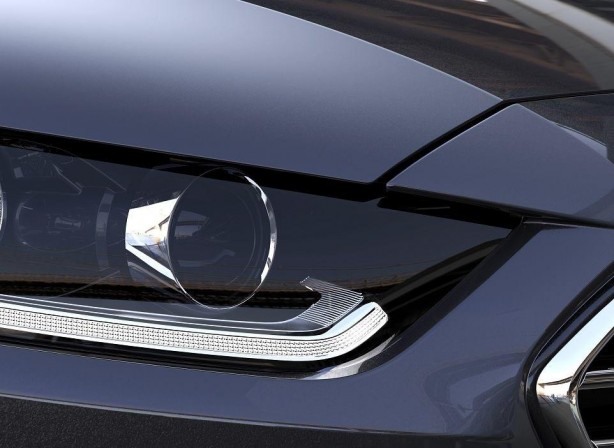 Ford Australia has released a teaser image of the last Ford Falcon to ever roll out of the local manufacturing plant.

Set to go on sale in November, the image shows the headlamp of the revised Falcon. The final edition will be a heavily facelifted model with a new front fascia, including a new corporate grille, slender headlights and new bumper, while at the other end the car will likely get more streamlined taillights, a new boot lid along with revised wheel arches and fresh alloy wheels.

Inside, the much-criticised cabin will receive a thorough upgrade to bring it up to modern standards, including Ford’s latest SYNC system and additional features.

As for its engine lineup, the new model will likely carry over its current engine lineup, albeit tweaked for better fuel efficiency. Ford will also be bringing back the XR8 variant to replace the void left by the demise of FPV.

The FPV GT’s 335kW supercharged 5.0-litre V8 is expected to be shoehorned into the Falcon XR8, along with Brembo brakes and sports suspension.

It is understood that an updated Ford Territory will also be launched together with the new Falcon to see out Ford Australia’s manufacturing closure in October 2016.