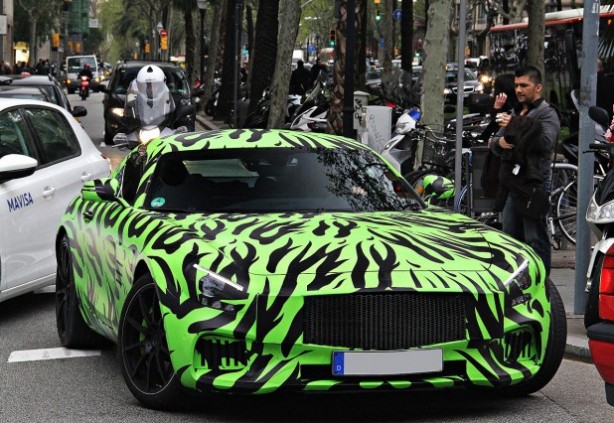 The latest scoop of the upcoming Mercedes-Benz AMG GT comes from Spain, as the carmaker brought the supercar prototype to the urban streets for a case of “I want to be discrete AND flashy”.

The AMG GT is heavily camouflaged but in a flashy green fluorescent safari pattern. The eye-catching cover managed to draw more attention rather than hide from it. 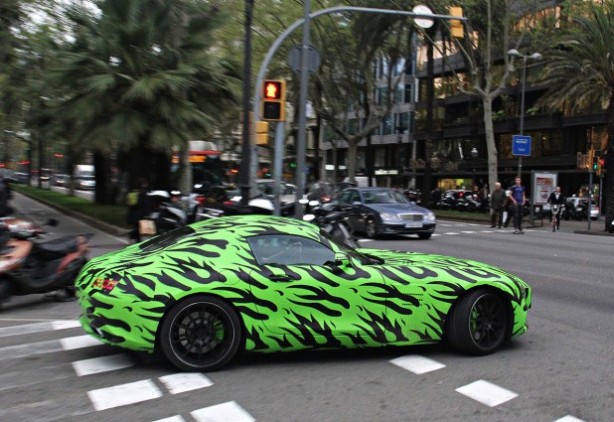 The new model, expected later this year, will reportedly be powered by a twin-turbo 4.0-litre V8 that generates around 387kW (520 bhp) of power.

Said to be built exclusively as a coupé, the GT will purportedly tips the scales at 1,480kg, around 140kg less than the SLS coupé. Earlier this month, Mercedes teased us with some interior photos of the AMG GT, and we must say things are looking quite promising. 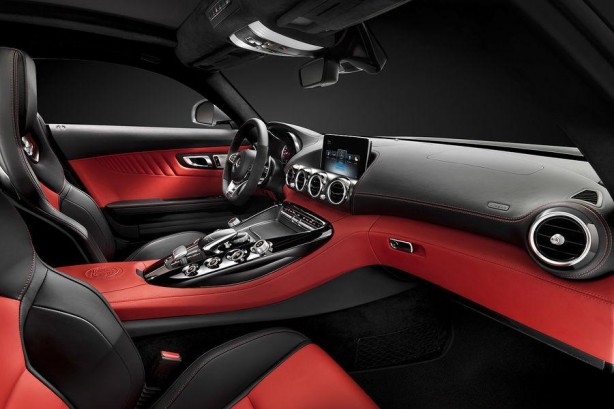