Extreme Mercedes A45 AMG on the cards; won’t be called Black Series 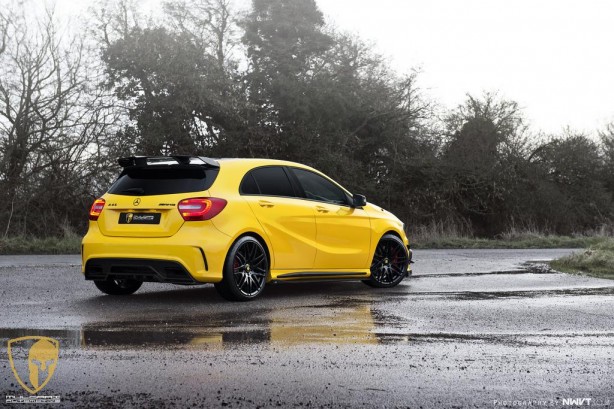 AMG boss has revealed that an even more powerful and lighter A45 AMG is on the cards (RevoZport Mulgari A45 AMG shown above). Tobias Moers told British publication, Auto Express, that the company intends to build a “street fighter” version of the already potent all-wheel-drive hot hatch.

However, the car won’t be wearing the coveted ‘Black Series’ badge like other extreme versions of the brand as “a Black Series model is a race car, street legal, with two doors,” as he explained. AMG is as yet undecided what to call the car, but they are “playing around with some ideas”.

No further details have been revealed but the “street fighter” A45 AMG will have a stripped-out interior, sitckier tyres, beefier brakes and an aggressive body kit.

Don’t expect the new model to come any time soon either as AMG resources are stretched to the limit. According to the report, it will likely come at the end of the A-Class’ life cycle – meaning in three or four years’ time.