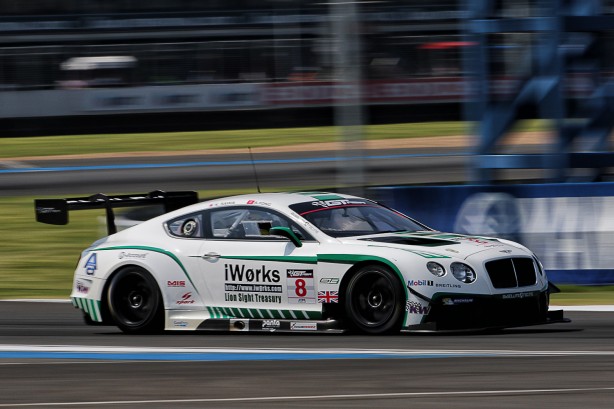 Bentley has confirmed it will enter the 2016 Pirelli World Challenge championship. This news comes as Bentley’s team ‘Absolute Racing’ announces a new program which includes entries from their up and rising star, Andrew Palmer and one of Asia’s top drivers, Adderly Fong.

The Pirelli World Challenge is a 20-round GT championship comprising 50-minute-long, single-driver races on eleven of America’s most historic and iconic race tracks, including Laguna Seca and Road America.  The Continental GT3 has taken race wins in the championship this year and Bentley Team Absolute is looking to continue the race car’s success in the States.

2016’s World Challenge will be Andrew Palmer’s second entry into the series. He previously raced in the 2014 World Challenge where he not only won but also set the record for the youngest ever winner at age 21. Palmer also raced in the Blancpain Endurance Series against Bentley motorsport team. Brian Gush, Director of Bentley motorsport has been very impressed with Andrews abilities and maturity throughout 2014 and 15 and looks forward to developing his career further.

25-year old Fong is no stranger to the Continental GT3, as he and his Bentley Team Absolute team-mates took the championship-win in GT Asia Series earlier this year.

While the two-car programme is confirmed, the team is in talks with several drivers regarding a third entry. The Pirelli World Challenge kicks off at the Circuit of the Americas on 3 March 2016.