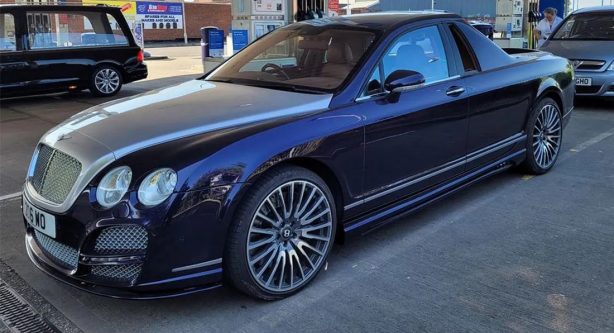 Here’s something you won’t see very often at a worksite, an ultra luxurious Bentley Flying Spur ute that feels more at home in Burnside or Toorak than a building site.

Created by a British company called DC Customs, it started out as a regular 2005 Flying Spur, painted in a simple shade of silver and was nothing terribly special.

Work started in January 2020, with the rear section of the roof coming off the Bentley as it began its transformation into a pickup truck. DC Customs then found the height of the rear shock towers to be too high, and proceeded to lower them by 2 inches in order to fit the ute tray. 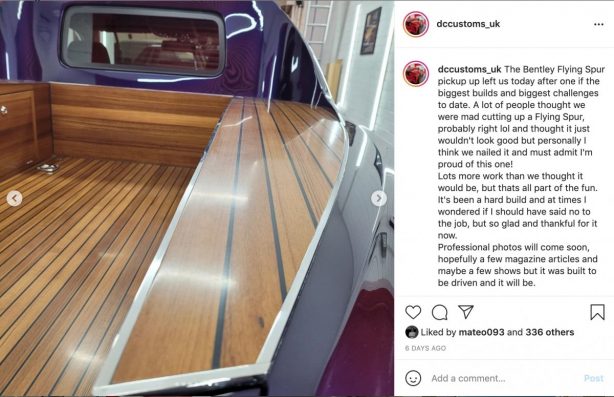 As befits its ultra luxurious status, the ute bed is lined with wood and comes with convenient storage cubbies on either side.

Besides the rework rear end, the Flying Spur also received a unique front bumper with re-designed air intakes for a little more aggression. The exterior makeover was rounded off with a new purple and silver paint job. 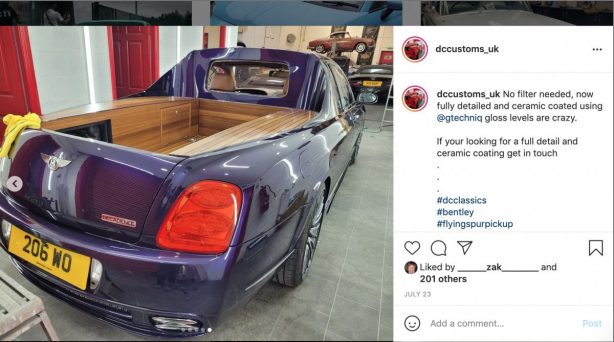 While it might not have the load carrying capacity as your typical Ranger or Hilux, the Flying Spur ute is certainly a great deal more unique and ‘Decadent’, which coincidentally, is the bespoke Bentley’s official name given by DC Customs.

Under the bonnet, the Flying Spur’s twin-turbo W12 engine has also received a tune-up to produce 435kW/864Nm.

No words on how much it costs the owner for the conversion but then if you are a Lord, money is probably not too much of a concern.