Audi said to be working on EV version of VW up! 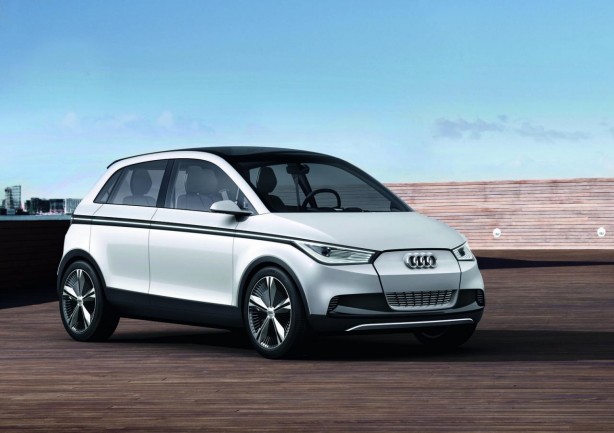 Volkswagen’s premium brand, Audi, is purportedly developing an EV version (Audi A2 EV concept shown) of the Volkswagen up! which is scheduled to hit the markets in 2015.

Naturally, Ingolstadt’s version of the up!, likely to be marketed under the company’s e-tron umbrella, will sport a more upmarket design, both inside and out, and will be better equipped. It will also be more powerful than VW’s version, with an expected power output of 85kW (114bhp) and 270Nm of torque from its electric motor. 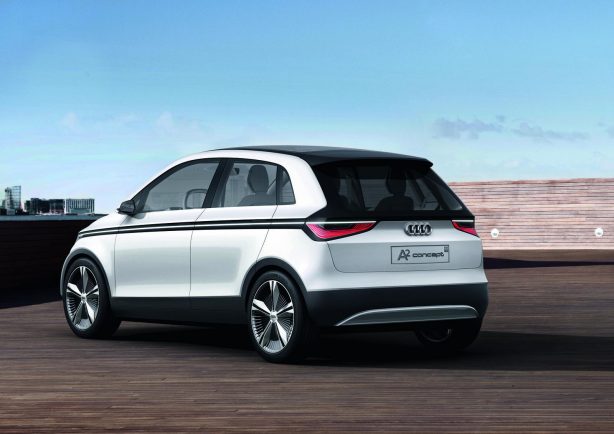 It is said to be capable of accelerating from 0-100km/h in a respectable 9.3 seconds and have a top speed of 150km/h.

Power for the electric motors comes from a 18.7kWh battery pack that will provide enough charge for up to 200km (125 miles) before it is required to be plugged-in. That’s 50km more than the range of the petrol up! Charging time, depending on the power source, is between 30 minutes to 4 hours. 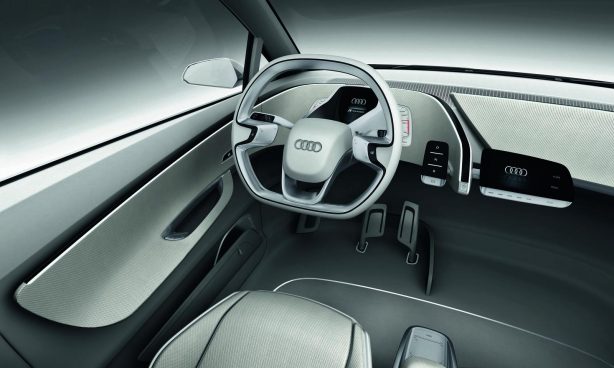