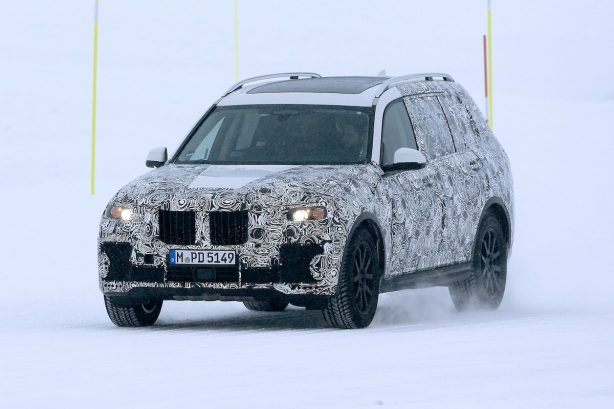 BMW’s range-topping X model, the X7 has been caught undergoing cold weather testing ahead of its arrival in 2018.

Based on the underpinnings of the 7 Series, the X7 will be Munich’s answer to the Range Rover and Mercedes-Benz GLS, with seven seats and a luxurious interior to match its rivals. 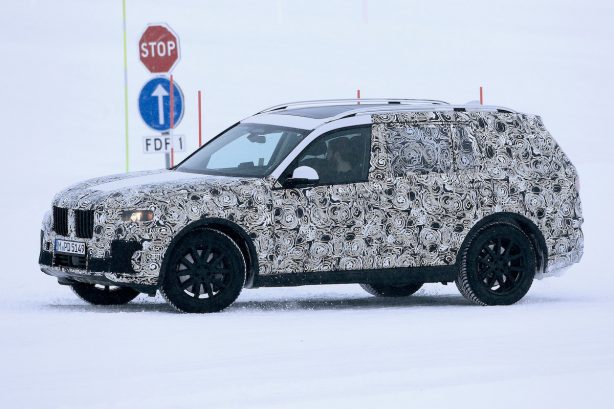 While the prototype seen here is still cloaked in camouflage, it is clear the X7 will have its own unique design, with little resemblance to the BMW X5. BMW’s new flagship SUV will feature a more luxurious interior, borrowing much of its technology from the 7 series. It will also likely share some parts with the Rolls-Royce Cullinan – the luxury carmaker’s first SUV, which is also set to debut next year. 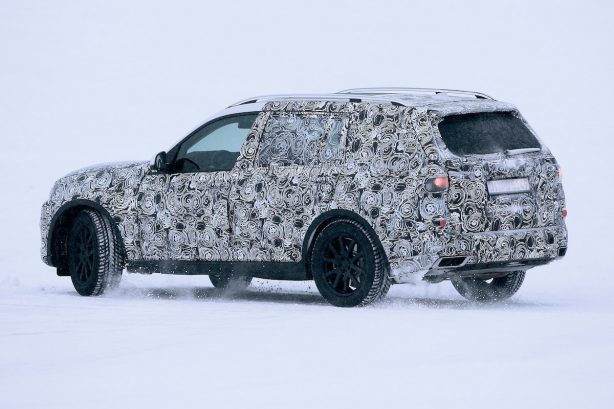 Underneath the bonnet, the X7 is expected to be propelled by a range of six-cylinder, V8 and V12 engines, with a plug-in hybrid also on the cards. Further down a line, an X8 Coupe is also a possibility.

More photos in the source link below.