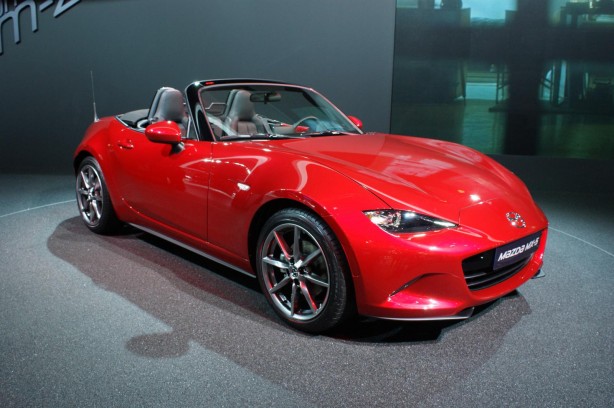 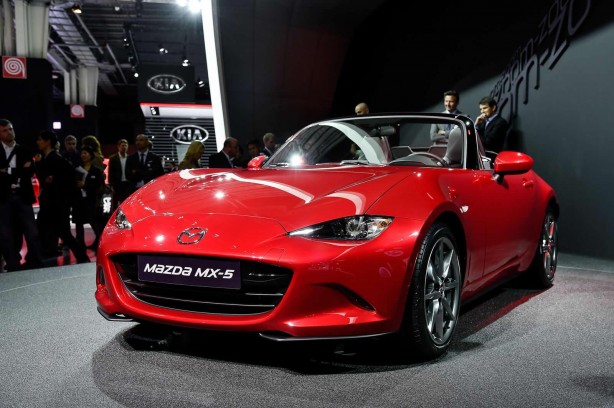 Mazda’s model launch offensive continues today as the unconventional carmaker presents the all new Mazda MX-5 at the Paris Motor Show. Arriving 25 years after the original MX-5 was unveiled at the 1989 Chicago Auto Show, the fourth-generation of Mazda’s legendary sports car also appears at a time when the company is posting sustained growth both in terms of unit sales and profits.

First revealed last month at Mazda’s new facility the “Mazda Space” in Barcelona, the all-new Mazda MX-5 is the most compact of any generation MX-5 so far and is more than 100kg lighter than the model it replaces, promising a dramatic leap in Jinba-ittai driving fun. 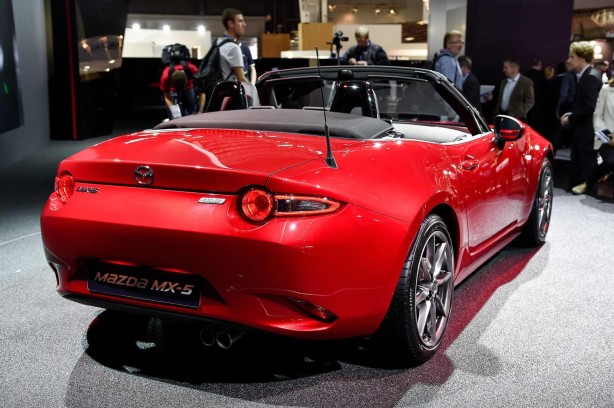 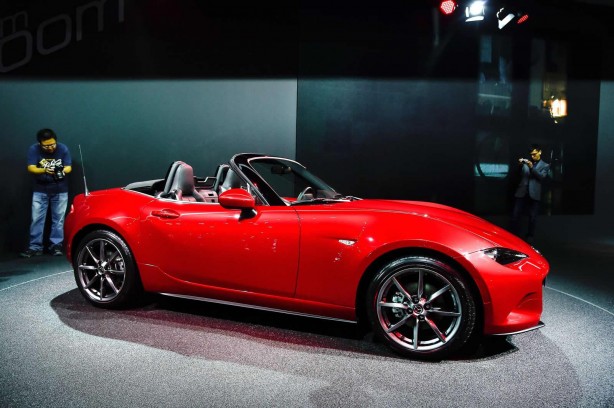 “Innovate in order to preserve” was the motto for the new MX-5, as the development team searched for innovations that go beyond simple evolution.

Environmental and safety demands are much more stringent today than they were when the first generation MX-5 was introduced a quarter of a century ago, but Mazda says the fourth-gen stays true to the model’s original aim of offering the pure driving fun that only a lightweight sports car can.

Its designers came up with a simplistic interpretation of the KODO – Soul of Motion design for the exterior, with a lower centre of gravity and longer bonnet along with character lines expressing vitality and motion. Inside, the new model retains the close-fitting open-top interior inherent to all MX-5s over the years. Plus, Mazda has also added advanced technology like i-ACTIVSENSE active safety technology and MZD Connect, the company’s in-car connectivity concept.

Almost 950,000 Mazda MX-5s have been produced over the past quarter century, making it the best-selling two-seater sports car of all time. This highly-celebrated model has also received over 200 awards from around the globe including Japan Car of the Year 2005-2006.

The all-new Mazda MX-5 will be rolled out to global markets starting in 2015, with more details announced closer to launch.

Previous Lexus freshens up IS, ES and CT for spring
Next 2014 Suzuki S-Cross Review