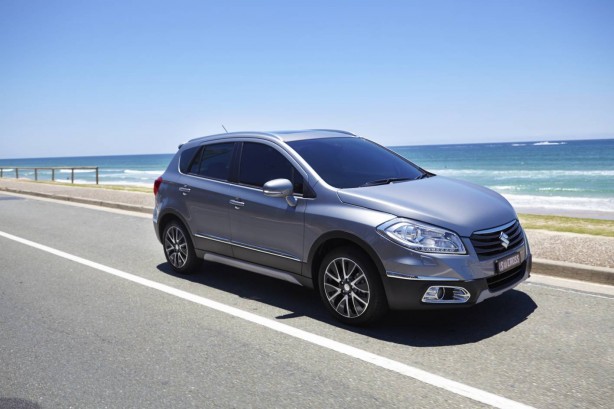 At around this time two years ago, Suzuki took the covers off its S-Cross concept at the 2012 Paris Motor Show. Like most show cars, its styling was attention grabbing, especially coming from Suzuki.

The Japanese brand, better known for its superbikes, said it was designed for the concrete jungle, and offered “gentle, fuel-saving driving” and “maximise the enjoyment of day-to-day tasks such as commuting or carrying children.”

It had that typical crossover look, something Suzuki did very well in – a hatchback/wagon with fancy boots and a high riding position in a manageable package. Think Jimny and Vitara.

Like most production cars spawn out of striking concepts, the reality is often more disappointing than Nicole Kidman in Grace of Monaco.

But what about the promise of “maximum enjoyment?”

We spent some time with one to find out. 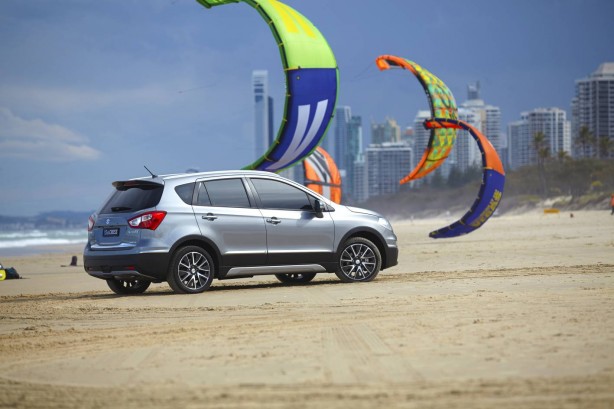 Inside, cabin is logically laid out. The instrument panel has soft touch materials where it counts, and the 6.1-inch touchscreen infotainment system is easy to use. The blue-ringed dials and silver decorative trims around the air vents add a touch of sportiness against the black interior. 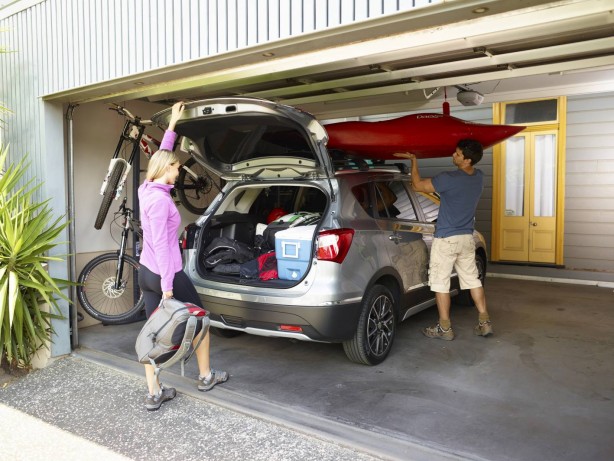 At 4.3 metre long and sporting a 2.6 metre wheelbase, the S-Cross is endowed with a truly spacious and airy cabin. The distance between the front and rear occupants measures a generous 814mm, giving lofty passenger plenty of space to stretch out.

The front seats are comfortable enough and most drivers will be able to find a good driving position, thanks to tilt/telescopic steering wheel.

Similarly, rear seat passengers can lounge in comfort thanks to the generous legroom and adjustable rear seatback angle.

Its 430 litres boot capacity (with the rear seatbacks upright) is also class leading. Should the need arises, a further 10 litres of space can be liberated by adjusting the seatback angle. With the seatbacks down, it yields a full 1,269 litres.

Disappointingly, there are no rear seat air vents and the centre seatbelt retracts into the roof, making folding the split-fold seats a rather tedious affair. 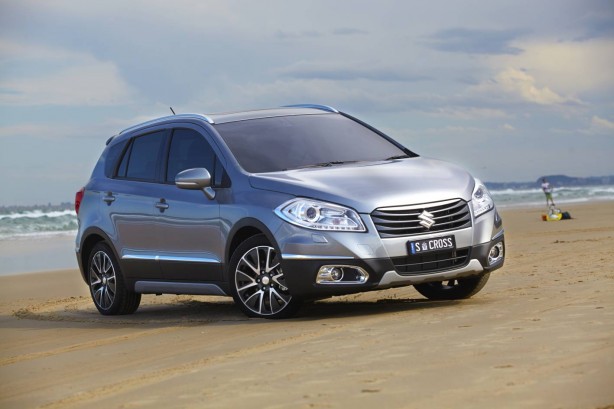 Suzuki has replaced the S-Cross’ predecessor’s 2.0-litre petrol engine with a smaller 1.6-litre naturally-aspirated four-cylinder engine that generates a mere 86kW at 6,000rpm and 156Nm at 4,400rpm.

While we are all for engine downsizing, the new engine produces noticeably less power and torque and leaves the S-Cross wanting in almost all situation.

Sure, it is up to 110kg lighter than the outgoing model, but its power and torque figures are down by a significant 26kW and 34Nm compared to the old model.

That means low-rev acceleration feels strained and driving up inclines or when loaded with passengers often feels underpowered. The CVT, with its infinite number of ratio, also fails to harness the engine’s peak power, habitually spinning the engine noisily beyond 5,000rpm when pressed.

As a result, fuel economy has fallen down the cliff, with our weeklong test returning an unremarkable combined average of 9.1L/100km, against a claim of 5.8L/100km. 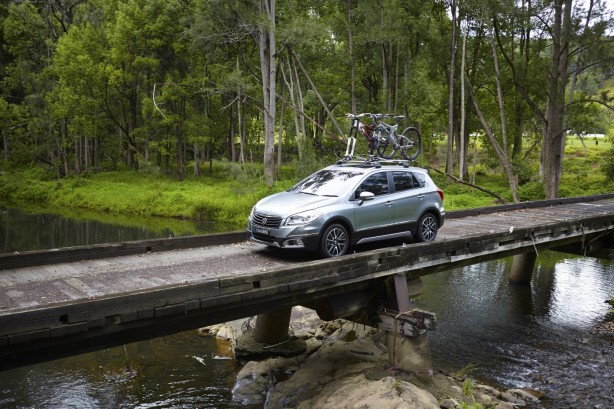 Suzuki has been known to produce cars with decent ride and handling (think Suzuki Swift Sport and Kizashi). The fact that the S-Cross doesn’t sit as high as normal SUVs also works in its favour, where it remains relatively flat through corners. While it will still lean against the outside wheels if pushed, grip from the 205 tyres is good.

Despite its bulk, the S-Cross feels agile on twisty B-roads and reacts more enthusiastically to steering inputs than some rivals. However, we would prefer slightly more weighting to the light steering.

Around town, the Suzuki’s ride can get a little busy over our pothole-infested roads. The good news is it gets better with speed.

Refinement isn’t the S-Cross’ strong suit either, with lots of vibration coming through the steering wheel even at low cruising speed.

While the S-Cross’ inoffensive styling may be a slight disappointment, its roomy interior is well put together and logically laid out.

Suzuki has partially made good on its promise of an enjoyable drive, with the crossover carrying some Swift Sport DNA in its handling.

What lets it down is its lethargic engine and mediocre fuel economy.