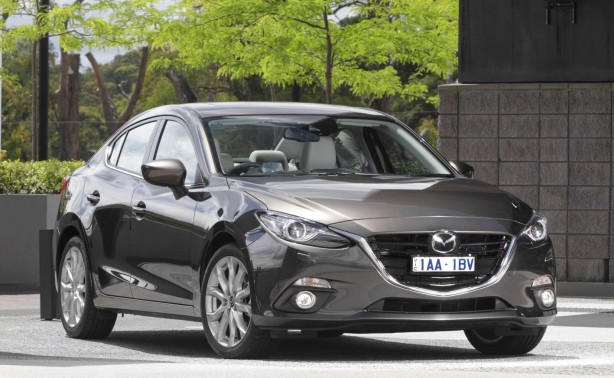 The all-new 2014 Mazda3 has arrived at Mazda dealerships across Australia ahead of its 1 February on-sale date.

The new Mazda3 is the third new generation Mazda after CX-5 and Mazda6 to adopt the company’s signature ‘KODO – Soul of Motion’ design language and is available with the full range of i-ACTIVSENSE safety technologies – Mazda’s umbrella term covering a series of electronic safety systems which make use of detection devices such as milliwave radars and cameras. 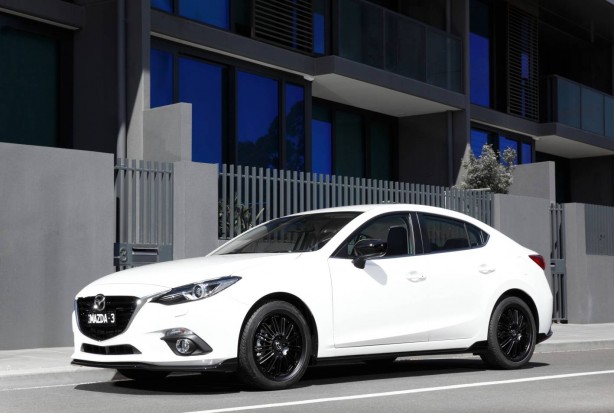 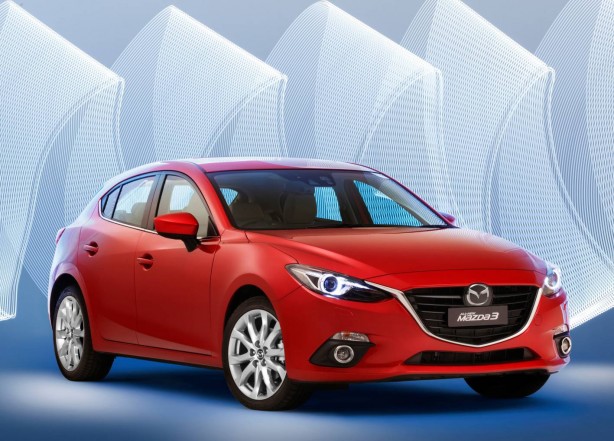 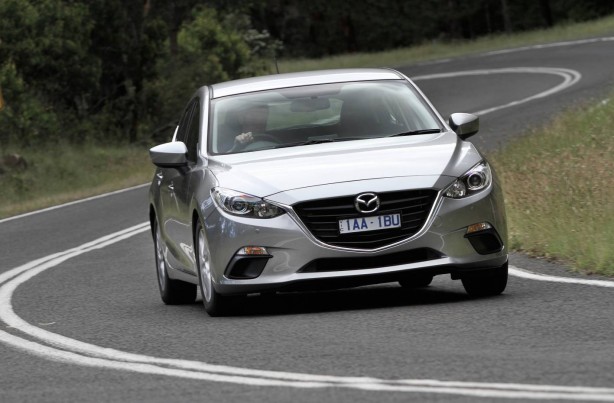 In a number of Mazda firsts, the 2014 Mazda3 introduces a head-up Active Driving Display and a next generation central display interface offering safe access to navigation, communications and infotainment, including social media such as Stitcher™, Aha™ and Pandora®, through Mazda’s new MZD Connect connectivity system.

Infotainment data, such as maps and audio system controls, are shown on a 7-inch center display positioned high on the dashboard

The newest generation Mazda3 is available in eight colours including Titanium Flash and Deep Crystal which are introduced for the first time, while Soul Red and Reflex Blue make their debut on Mazda3. 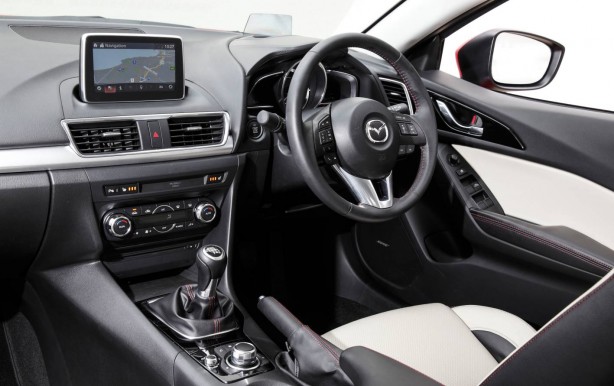