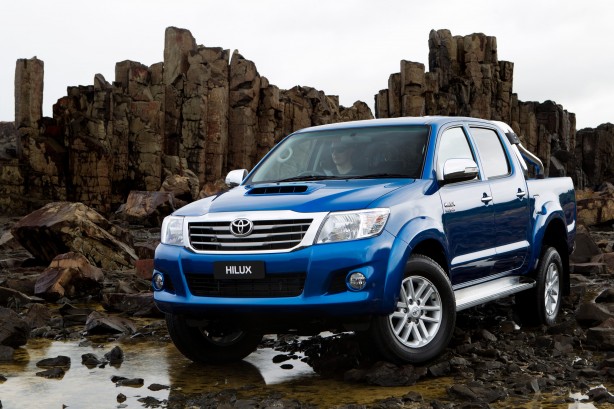 Toyota has enhanced its popular HiLux ute by decking out the Double Cab variants with new safety and convenience technology. The latest update enables all 4×4 HiLux variants to achieve a maximum 5-star ANCAP safety rating, thanks to the standard fitment of stability and traction control, brake assist and electronic brakeforce distribution. Stability control was previously a $1,500 option on the 4×4 mid-range SR model.

A front passenger seat-belt reminder is also part of the package and for Double Cabs, a three-point seatbelt for the centre-rear passenger.

A new 5-speed automatic transmission now replaces the old 4-speed auto, improving fuel economy and emissions on the 4×4 turbo-diesel HiLux by more than 6 per cent to 8.7L/100km and 230g/km respectively. 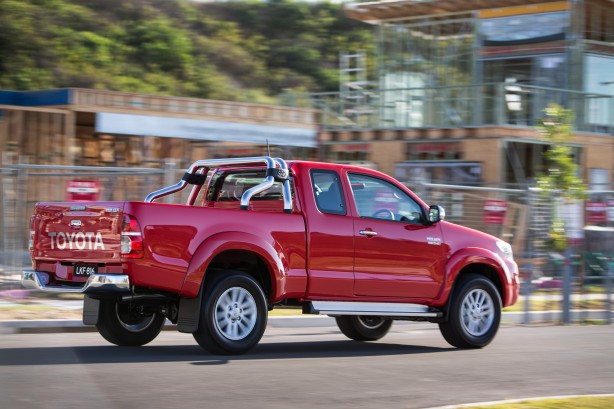 HiLux Double Cabs also benefit from a host of other improvements, including new 6.1-inch audio display, auxiliary and USB inputs, iPod and Bluetooth connectivity, plus audio control switches on the steering wheel.

The MID, viewed on a liquid crystal display, shows current and average fuel economy, average vehicle speed, cruising range, outside temperature, a compass and time. This feature is new to SR, as are the Optitron dials for speed, engine revs and fuel tank/coolant temperature. 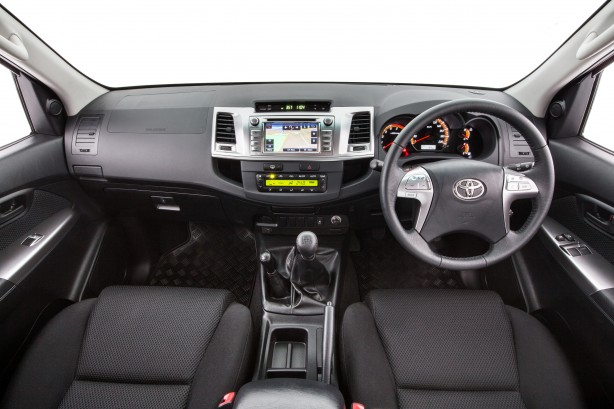 Double and Extra Cab versions are distinguished by a black interior while Single Cab’s cabin features black and grey tones.

Leather-accented seats are newly offered as a $1,500+ option on 4×4 SR5 turbo-diesel Double Cab pick-ups, and includes power adjustment for the driver’s seat. 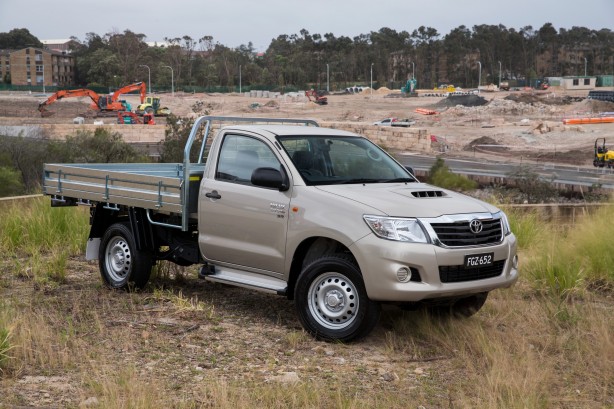 Fourteen models in the range are fitted with the most popular HiLux engine – the 126kW/343Nm 3.0-litre common-rail diesel with electronic direct injection and a variable-vane turbocharger.

Three diesel variants gain the fuel-economy benefit of a five-speed automatic transmission in lieu of the previous four-speed unit. The remaining 11 diesels are mated to a five-speed manual gearbox.

Customers wanting the 175kW/376Nm 4.0-litre V6 petrol engine can choose from four vehicles – three Double Cabs and an Extra Cab, all with a five-speed automatic transmission.

A further four vehicles are fitted with a 116kW/240Nm 2.7-litre four-cylinder petrol engine – Workmate Double and Single Cabs with either a five-speed manual or four-speed automatic.

Every new HiLux is covered by the capped-price Toyota Service Advantage at a maximum of $170 per service for the first 3 years or 60,000km (up to the first 6 services).