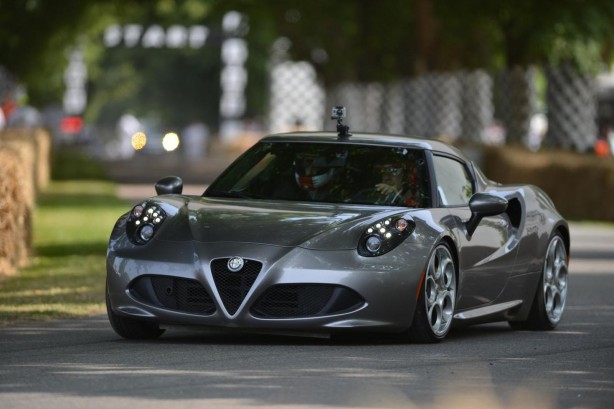 The Alfa Romeo 4C was put through its paces for the first time in public as it took part in the Festival of Speed’s main event, the challenging Goodwood Hillclimb. This daunting course of almost 2 km opens with a tree-lined run through the southern corner of the Goodwood Estate, before turning sharply in front of Goodwood House. The route is often described as one of the most technical courses in the world, with almost 100 metres height difference between the beginning and end of the route. 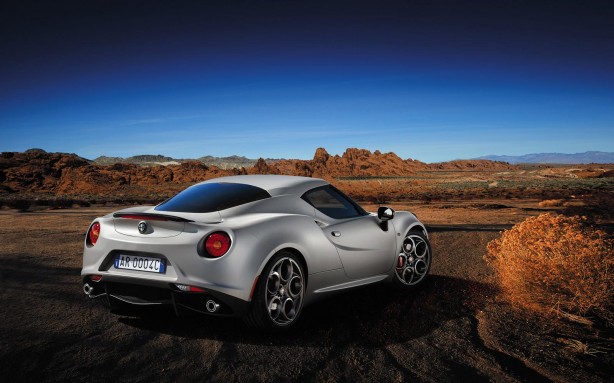 Under the bonnet of the Alfa Romeo 4C is a 1.75-litre turbocharged four-cylinder engine that is based on the one currently used in the Giulietta Quadrifoglio Verde. The all-aluminium engine dishes out 177kW of power and features special intake and exhaust systems, as well as a lag-free turbocharger with revolutionary scavenging control system.

It propels the 4C from a standstill to 100km/h in around 4.5 seconds. Drive is sent to the rear wheels via Alfa’s TCT twin-clutch automatic gearbox complete with flappy paddles. Alfa’s ‘DNA’ four-mode driver setting is also standard, with Dynamic, Natural, All Weather and Race settings.