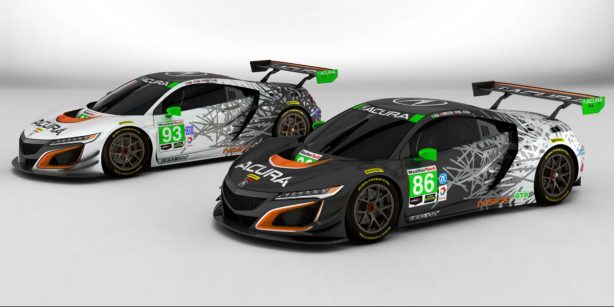 Honda’s luxury division Acura has unveiled striking new liveries for a pair of NSX GT3 racing cars which the company will field in next month’s Rolex 24 at Daytona starting grid.

The two-car Acura Motorsports and Michael Shank Racing team will take part in the 2017 IMSA WeatherTech SportsCar Championship with a pair of NSX GT3 entries each featuring a unique “mirror image” livery of each other.

The #86 car, commemorating Acura’s 30th anniversary since its establishment in 1986, will have a black nose, fading to a grey cross hatch pattern before giving way to white at the rear.  The #93 team car, representing 1993, the year HPD was founded, will reverse the color pattern, with a white front end transitioning to a black rear deck. 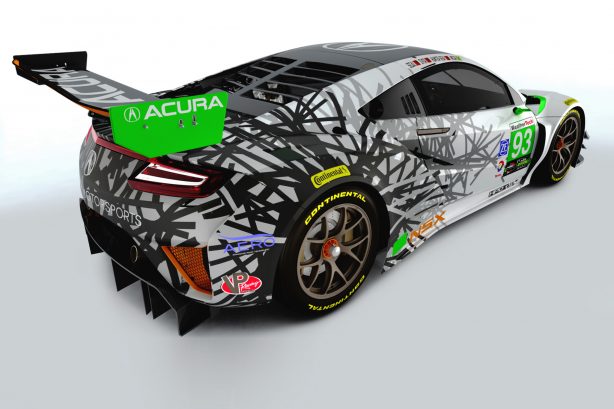 The design is said to reflect Acura’s rich heritage in sports car racing. Splashes of orange, a traditional color for Acura Motorsports dating to the company’s first era of IMSA competition in the 1990s, and green, indicating that the cars are GT Daytona class entries, complete the graphic package on both cars.

“The debut of the Acura NSX GT3 at the prestigious Rolex 24 will mark the return of the Acura brand to IMSA sports car competition,” said Art St. Cyr, president of Honda Performance Development (HPD) and Acura Motorsports. “We’ve aimed to race the NSX in North America since the car was just a sketch on paper, and we couldn’t more excited than to debut at Daytona.” 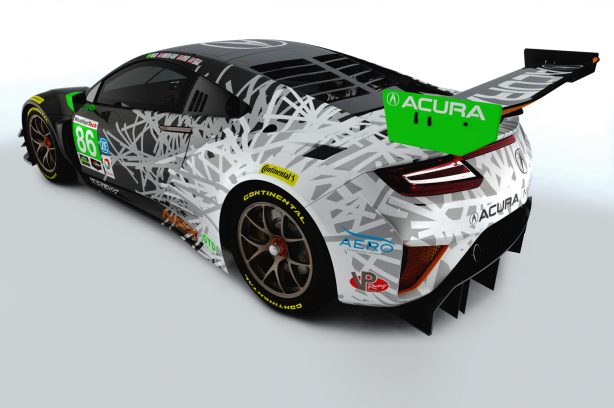 While the road-going NSX features an all-wheel drive hybrid drivetrain with a 3.5-litre twin turbo V6 and three electric motors, the race-spec NSX ditches the hybrid setup for a pure petrol-powered layout using the same 3.5-litre boosted V6 driving only the rear wheels. To comply with class rules, the engine is limited to around 500 hp (372kW).