Ferrari reveals one and only Ferrari SP 275 rw competizione 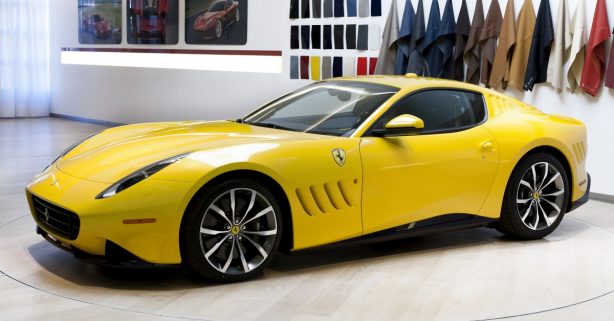 Ferrari has unveiled yet another limited-edition model but unlike its previous efforts, this Ferrari SP 275 rw competizione is the only one in the whole world!

Built on the F12berlinetta’s chassis with its design inspired by the 275 GTB competition car from the 1960s, the SP 275 rw competizione is equipped with the more powerful engine and gearbox from the also limited-edition F12tdf.

The 6.3-litre naturally aspirated V12 produces 574kW and 705Nm of torque, directed to the rear wheels via a seven-speed F1 DCT (dual-clutch transmission). 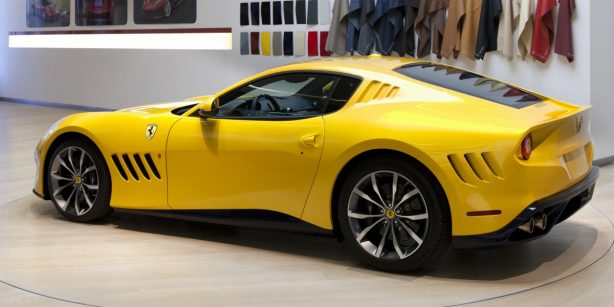 Designed by Ferrari’s Centro Stile, the car’s modern interpretation of the 275 GTB is most obvious in the louvres just behind the front wheels, the B-pillars and rear bumper. Further tributes can be seen in the car’s boot lid spoiler and milled aluminium fuel filler cap, while its yellow paint job is the same as used by Ecurie Francorchamps, the team that won the GT category in a 275 GTB/C (chassis number 06885) in the 1965 Le Mans 24 Hours.

Other highlights include a new grille, vertically-stacked headlights and forged 20-inch alloys that are bespoke to the car. Less noticeable is the transition from the rear three-quarter panel to the wheelarch which has been carefully tweaked to introduce a slightly wider track than before.