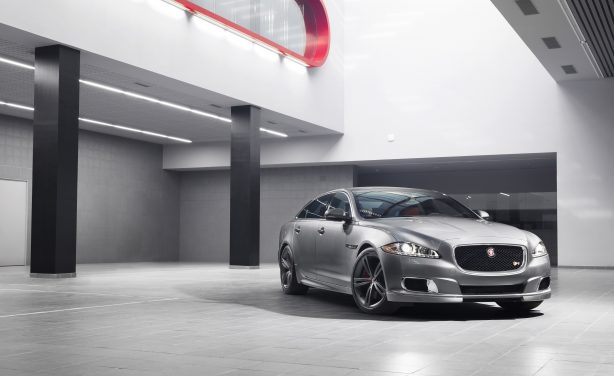 Jaguar has confirmed that the company’s XJR flagship will be making its debut at the New York Auto Show next week. The newcomer to Jaguar’s performance R line-up boasts a stonking 404kW supercharged 5.0-litre V8 engine.

Based on the Jaguar XJ, the XJR rides on a bespoke chassis with uprated aerodynamics. The British marque also promises supercar performance and assertive looks with the highest levels of luxury.

According to Adrian Hallmark, Global Brand Director, Jaguar: “The new XJR epitomises the three pillars of technology, performance and contemporary design which the Jaguar brand stands for in the twenty-first century, while delivering new levels of dynamic ability in a luxury saloon.”

There are black mesh grille and lower central air intake, lowered ride height and bigger wheels to distinguish the car from its lesser siblings.