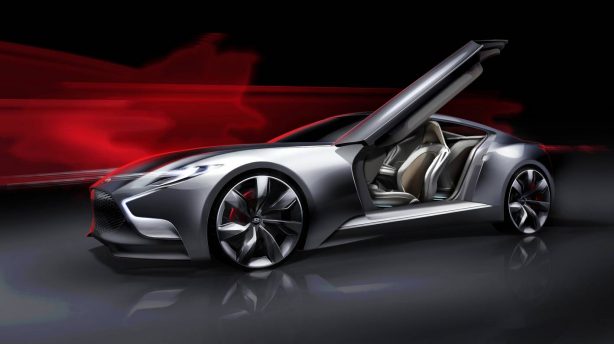 Hyundai has unveiled a couple of renderings of the HND-9 sports coupé ahead of the car’s debut at the 2013 Seoul Motor Show later this month. The concept is likely to preview the styling of the next generation Genesis coupé, which has been confirmed for Australia.

Developed by Hyundai’s R&D Centre in Namyang, Korea, the HND-9 represents an evolution of Hyundai’s fluidic sculpture design language and features sleek character lines that stretch from the car’s headlights to the back of the car. 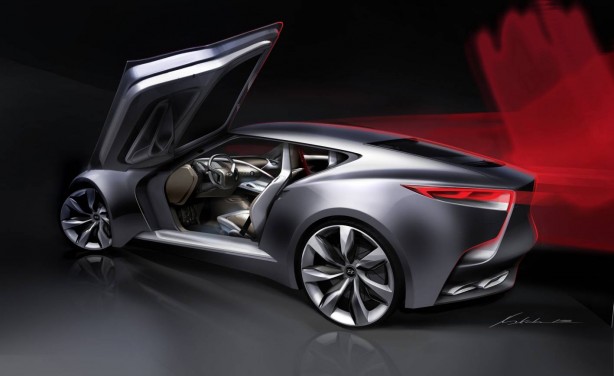 The showcar’s butterfly doors, spiral-shaped lines connected to the headlights and dazzling silver paint job give the car an undeniably futuristic look. With classic sports coupe proportions, such as its long bonnet and wheelbase, the HND-9 Sport Coupe measures 4,695mm long, 1,890mm wide and 1,340mm high. It has a 2,860mm wheelbase.

Underneath the long bonnet is a 3.3-litre turbocharged petrol engine that delivers 270kW of power. Drive is sent to the rear wheels via an 8-speed automatic transmission.