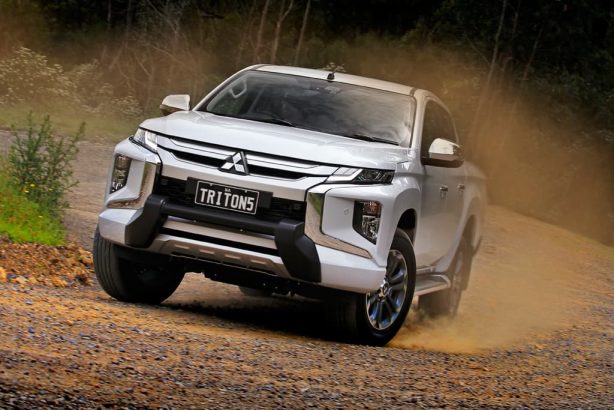 The 2019 Mitsubishi Triton range has arrived in Australia with bold new looks, extensive active safety tech, lower running costs, and a longer warranty headlining the facelifted model, although prices are up for upscale variants.

Often regarded as the value-leading Japanese ute offering, the revised Triton will be available in four trim levels, two of which are aimed at the workforce and two that are aimed more towards private buyers, and three body styles – single cab with a dropside tray, club cab with a dropside tray or pickup tray, and dual cab also with both options – amounting to 20 possible variants in total.

All variants – bar the entry level single cab – will be fitted with a carry-over 2.4-litre four-cylinder turbo diesel engine retaining the same outputs of 133kW and 430Nm, with braked towing capacity for the diesel rated at 3.1 tonnes. While the standard six-speed manual gearbox also remains unchanged, the old five-speed automatic has been replaced by a new six-speed unit. 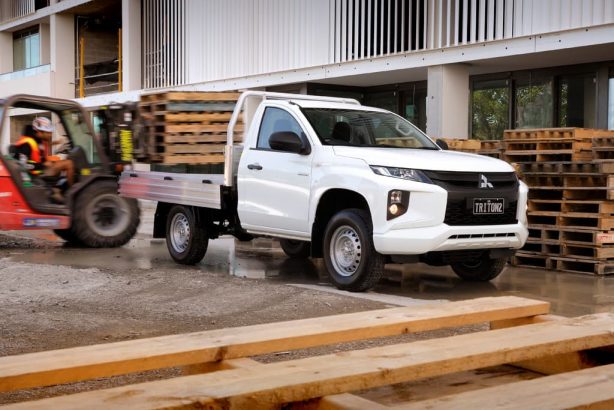 As for the base GLX 4×2 single cab, a 2.4-litre naturally aspirated petrol engine with outputs of 94kW and 194Nm is fitted, paired only to a five-speed manual gearbox, to keep the entry price below $23k.

Also worth noting is that some minor changes have been made to the rear suspension, including the fitment of larger shock absorbers to improve rear ride quality. However, the kerb weight increases mean that payload is reduced by up to 38kg in the most-popular GLS variant, seeing it now down to 912kg, while the workhorse single cab GLX variants can haul up to as much as 1,284kg. 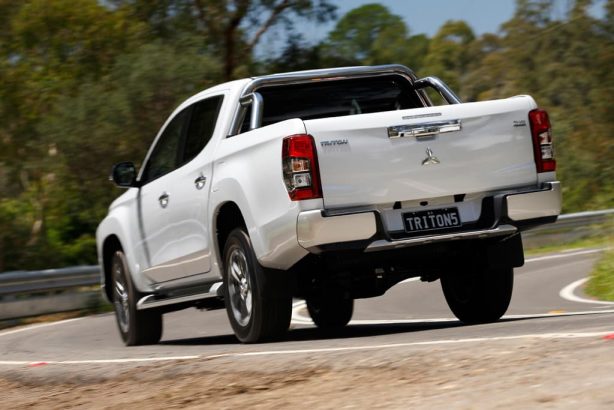 While 4×4 variants of the GLX and GLX+ offer up a standard-fare part-time four-wheel drive system as seen in most utes, dubbed Easy Select 4WD in Mitsubishi-speak, GLS and GLS Premium variants receive Mitsubishi’s Super Select II 4WD system that offers 4H modes for both on-road and off-road use.

The most notable addition to the revised model, however, is in the active safety tech department, where it now offers an unparalleled level of standard kit among utes at its price point.

The GLX ADAS and GLX+ variants now come with a forward collision mitigation system, AEB, and lane departure warning, while the GLS variants also add blind-spot monitoring, rear cross-traffic alert, auto high-beam assist, lane-change assist, and an ultrasonic mis-acceleration mitigation system which will prevent drivers from running into a wall if the accelerator is accidentally depressed when the car is in Drive. 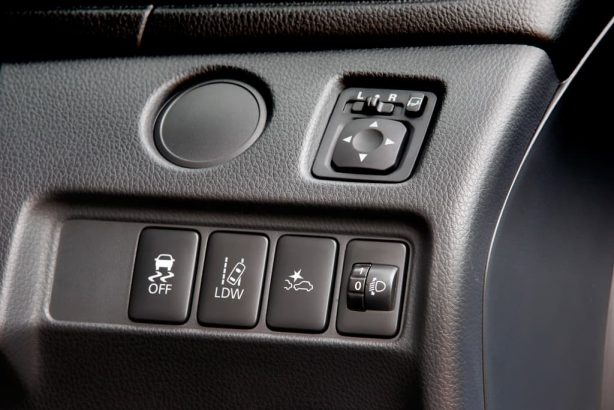 All of this backs up its 5-star ANCAP safety rating that was awarded back in 2015, although with tougher requirements for the top rating introduced last year, it’s yet to be seen how this additional safety tech would help it perform in a re-test.

On the inside, the cabin of the Triton receives some higher-quality materials, including softer padding on the centre console armrest, door cards, and transmission tunnel. The base GLX receives a 6.1-inch infotainment screen, while the GLX+ and up offer up a 7.0-inch unit with smartphone mirroring and digital radio.

The GLX variants are fitted with more durable and easy to clean vinyl flooring, while the lifestyle-focused GLS variants sport carpet instead. Leather upholstery and heated seats are only available in the flagship GLS Premium. 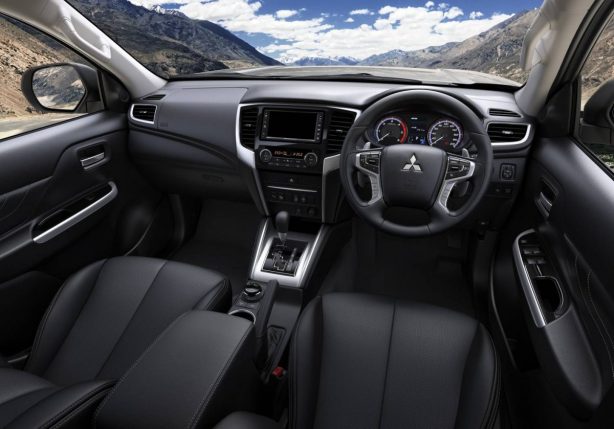 Bolstering the ownership experience of the new Triton is a seven-year/150,000km warranty until at least June 30, 2019. The capped price servicing costs have also been reduced for the first three visits – required once every 12 months/15,000km – with each running the till to just $299, amounting to a $613 saving over the first three years or 45,000km.

The 2019 facelifted Triton is on sale locally now. The dual cab GLS variants are expected to be the volume sellers, with the with the manual priced from $44,490 while the automatic asks for another $2,500. At the time of publication, both variants are available for that price as a drive-away deal, too, with other variants in the range also on offer for competitive drive-away prices as is often the case from Mitsubishi.

List prices are up for the upscale dual cab models, however, due to the increased levels of standard kit, with the GLX+ up $1,500 and the GLS up by $2,000. The GLS Premium, which replaces the Exceed, sees the largest increase of $3,000. 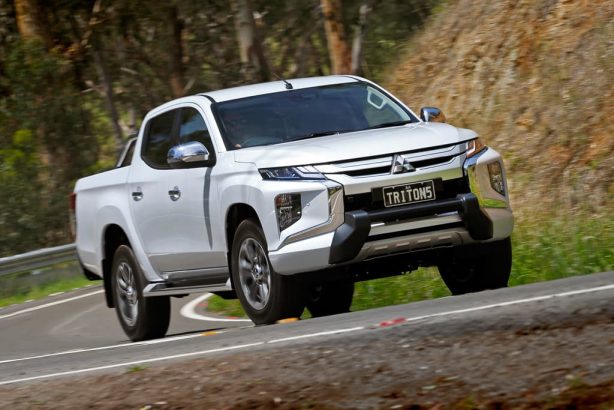