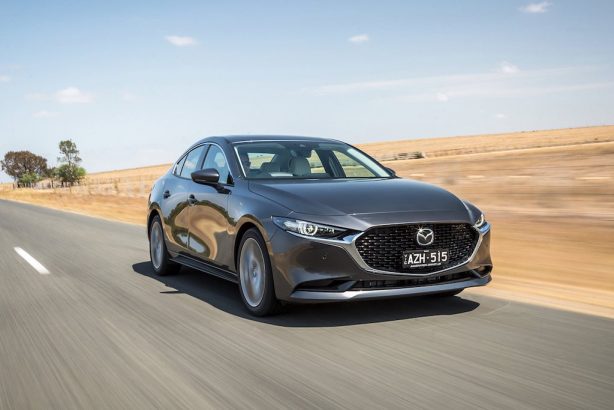 Mazda Australia has announced pricing and specifications for its all-new Mazda3 sedan just a month after the launch of the hatch, with the sedan adopting an almost identical range and pricing as its twin-under-the-skin.

Priced from $24,990 for the manual base model and maxing out at $37,990 for a top-spec auto, the Mazda3 sedan range offers the same six trim level and engine combinations as the hatch, with only minor differences in spec to be seen.

Setting itself apart from the hatch by sporting a more elegant and sporty design, the sedan is, somewhat oddly, aimed at being the more practical of the two, as it offers more rear legroom and a much larger boot – 444 litres, compared to the hatch’s 295 litres. 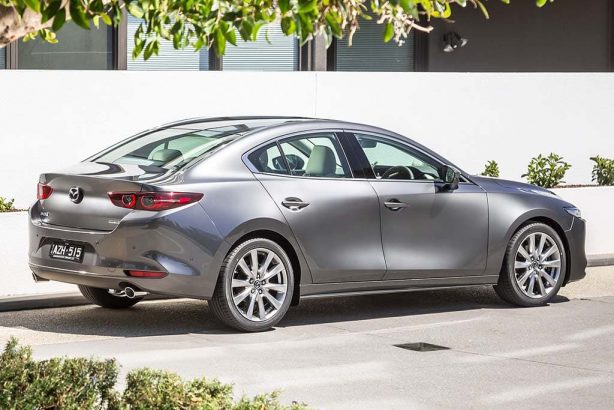 At launch, two engines will be available, the entry-level of which is the ‘G20’ 2.0-litre naturally aspirated four-cylinder which produces 114kW and 200Nm, and is available in Pure, Evolve, and Touring specification.

Stepping up to the ‘G25’ variants – which come in Evolve, GT, and Astina flavours – sees the engine displacement bumped up to 2.5-litres, meaning you’ll have 139kW and 252Nm on tap instead. Both engines are available with a six-speed manual as standard for all trim levels – enthusiasts, rejoice! – while a six-speed auto is an extra $1,000 across the range.

Additionally, set to join the range late this year/early next will be the SkyActiv-X spark controlled compression ignition engine, which is promising diesel-like fuel economy but still a healthy amount of power thanks to the aid of a low-pressure supercharger, so it may be worth waiting to see what this radical new power plant is like if you’re interested. 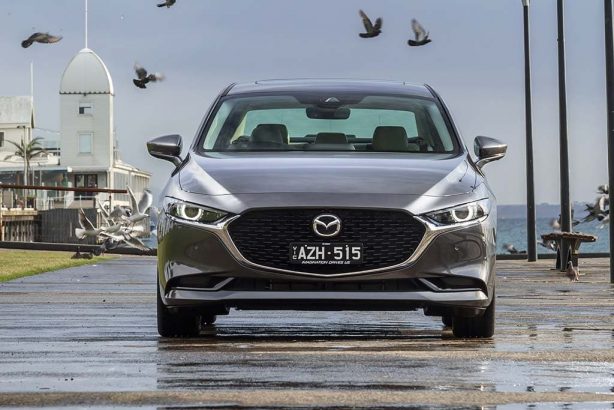 From even the base level up, the Mazda3 sedan, like the hatch, offers an incredibly strong amount of equipment as standard – all of which is a part of Mazda’s aim to push the 3, and it’s wider range, upmarket.

The levels of safety equipment are very strong too, with all models benefitting from autonomous emergency braking, lane keep assist, lane departure warning, forward obstruction warning, and traffic sign recognition. Driver monitoring, front cross-traffic alert, and automated adaptive cruise control with steering assist are also available as part of a $1,500 option pack, although all are standard on the range-topping G25 Astina. 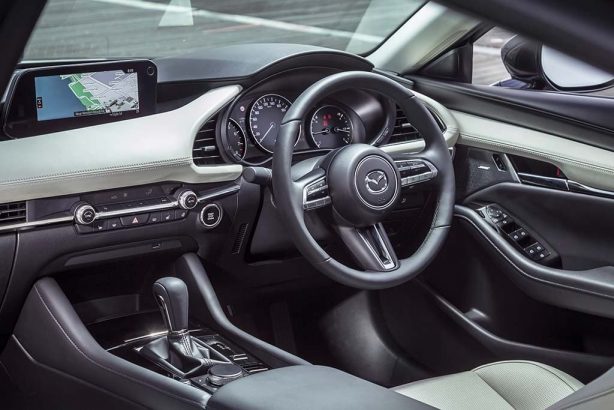 Only one single specification change can be seen between the hatch and sedan line-ups, which also comes in the Astina models. In the sedan, buyers will have the exclusive no-cost option of Pure White extended leather upholstery, instead of the hatch’s Burgundy leather interior trimmings. Worth noting as well is that black leather is available in both the Astina hatch and sedan, too.

Speaking of colours, a range of seven colours will be available for the sedan. Standard choices include Snowflake White Pearl Mica, Sonic Silver Metallic, Deep Crystal Blue Mica, Jet Black Mica, and Titanium Flash Mica, while an extra $495 will nab you a Soul Red Crystal or Machine Grey finish instead. 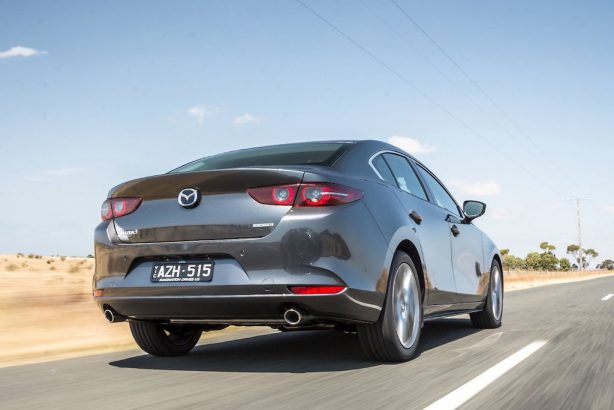 Like all Mazdas, the new Mazda3 sedan also benefits from the company’s five-year unlimited kilometre warranty introduced towards the end of last year, seeing it remain competitive with the vast majority of its many rivals out there.

The all-new Mazda3 sedan is, along with the hatch, available in showrooms now.