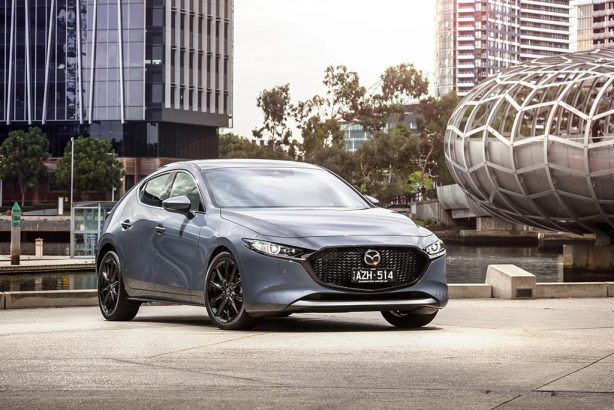 Mazda Australia has announced pricing and specifications for the initial variants of the next-generation Mazda3, with prices going up across the range as the new model heads upmarket.

Upon launch, two carry-over engines are set to be offered – the ‘G20’ 2.0-litre four-cylinder producing 114kW and 200Nm; and the ‘G25’ 2.5-litre with 139kW and 252Nm on tap, both minor increases of 1kW and 2Nm over the outgoing model, which now also receives cylinder deactivation tech.

Both engines will be available with a six-speed manual gearbox as standard on every trim level – meaning three-pedal fans aren’t relegated to buying a poverty-pack base model – while the cost of opting for the six-speed torque converter automatic has been reduced to just a $1,000 increase. At launch, all Australian models will be front-wheel drive only, with all-wheel drive unlikely to make it to our market at any point despite the potential demand from country buyers. 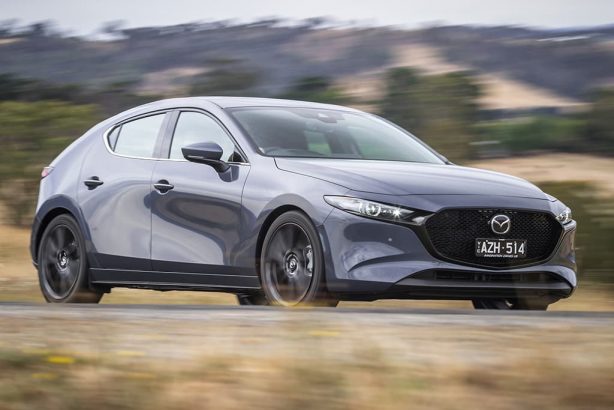 The engine that’s been the talk of the net – the supercharged SkyActiv-X compression-ignition petrol engine – which is set to top the new Mazda3 range won’t be available on our shores until “late this year”.

Both the sedan and hatch bodies have been overhauled drastically, and not just in the styling department, as the new model has been engineered to be stiffer than before, while the suspension has been overhauled seeing the multi-link rear setup replaced by a torsion beam that’s easier to package and less costly – independent MacPherson struts are retained up-front – in a move that mirrors that made by the new Mercedes-Benz A-Class and Ford Focus. 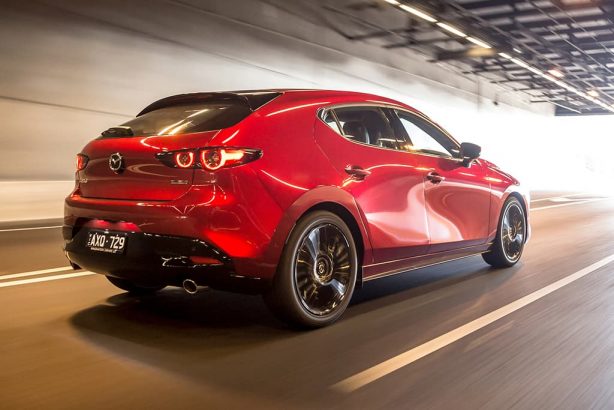 Mazda’s G-Vectoring Plus torque vectoring system has also been given an overhaul to aid in the handling department, with it now claiming sharpened turn-in with better weight transfer management, along with a smoother transition back to centre as it will now brake the outer wheels when exiting a corner.

Improved NVH levels have also been a focal point of the new 3, with increased levels of sound deadening, different seals, revised engine mounts and dampers, and more extensive use of ultra-high-tensile steel in its unibody all working together to deliver a more refined drive with reduced road and wind noise, and reduced steering rack-rattle.

Strong levels of active safety tech are a big focus of the new model as well, with all variants across the range receiving autonomous emergency braking, forward collision alert, blind-spot monitoring, lane-keep assist, lane departure warning, and adaptive cruise control all as standard. 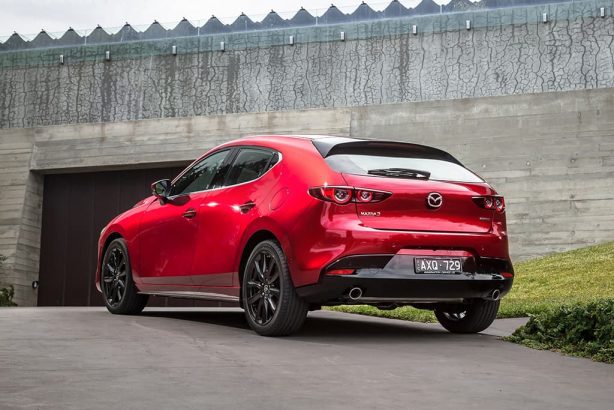 Additionally, a 360-degree surround view camera, front cross-traffic alert, reverse AEB, and adaptive LED headlights can be optioned on to lower-grade models as the Vision Technology pack for an extra $1,500. Only the range-topping G25 Astina receives these as standard.

The interior of the new models has been given a major overhaul to match the new looks, too, with the 3 now sporting a far more driver-focused interior with a cleaner look, a more extensive use of soft-touch materials, more supportive and comfortable seats, and a new steering wheel.

Perhaps most notably, the new 3 will be the first Mazda model to sport the new second-generation MZD Connect infotainment system. The revised system boasts the largest screen of any Mazda at 8.8-inches, new graphics, and Apple CarPlay and Android Auto compatibility. It’s also worth noting that it’s no longer a touchscreen, with all the controls now done via the rotary dial and buttons on the centre console. A 7.0-inch TFT screen in the instrument cluster is also standard from the base model up. 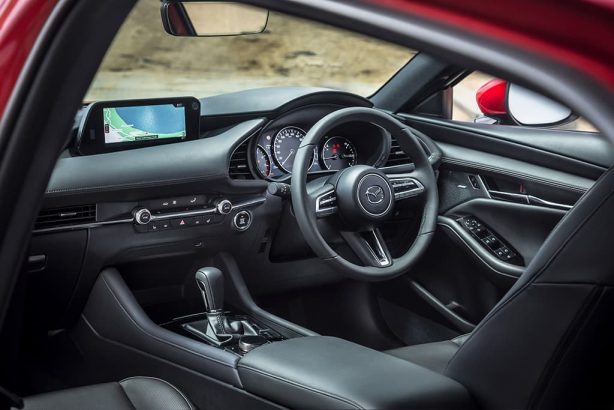 The new hatch is now shorter and lower than the model it replaces, although its wheelbase has been increased by 25mm. Boot space has shrunk slightly by 13 litres, bringing it down to 295 litres, while weight has also gone up by 39-55kg depending on variant.

Meanwhile the sedan is 80mm longer than before – making it 200mm longer than the new hatch, too – which sees its boot space jump by 36 litres up to 444 litres.

Aside from the optional safety tech on lower-spec models, the only other option for the new models will be metallic paint, with Soul Red Crystal, Machine Grey, and the new Polymetal Grey finishes asking for an extra $495. 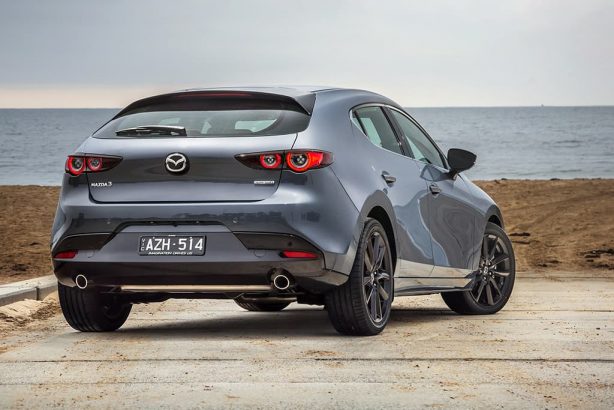 All models now benefit from Mazda’s lengthened five-year warranty with no mileage cap. Service intervals remain the same at once every 12 months or 10,000km.

The new Mazda3 hatch is expected to arrive in Aussie showrooms around April/May, while the sedan is set to launch in July.

Previous Vilner restores 1976 Datsun 280Z to its former glory and more
Next Is this the 2020 Porsche 911 Turbo? Instagram leak claims so