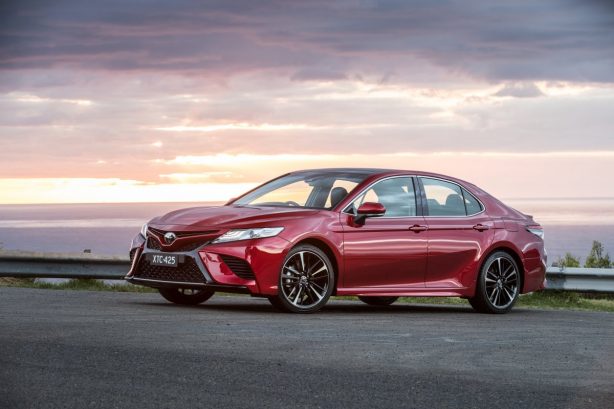 Toyota’s all-new Camry sedan, launched today, has undergone a dramatic redesign from bumper to bumper that results in the sportiest and most aggressive looking Camry in its history.

The latest 2018 Camry, claimed to be the most premium, technology and performance focused, is built on a new platform that underpins more emotional styling, new powertrains with higher power and better fuel economy, a revamped chassis that sharpens driving dynamics and new safety technologies.

Now in its eighth-generation, the first all-new Camry in 7 years represents a new era for Toyota in Australia – the first time in 30 years that Toyota has offered a fully imported Camry range to the Australian market as a result of the company’s closure of local manufacturing last month. The new model is produced in Japan. 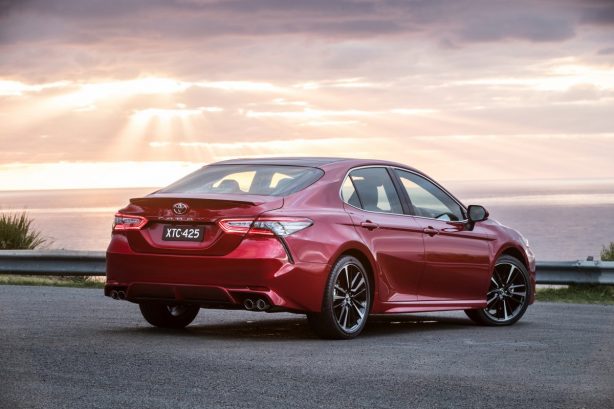 Camry is the first sedan to adopt Toyota’s New Global Architecture (TNGA) which allows for greater freedom in design, resulting in a more athletic profile with a lower roof and bonnet, a better driving position and improved dynamics due to its lower centre of gravity and greater torsional rigidity.

Two new powertrains are offered – a redesigned hybrid system with a new direct-injection four-cylinder engine that delivers more power, flexibility and efficiency and a new V6 engine with direct-injection paired with an eight-speed automatic transmission.

Also available is a 2.5-litre petrol engine, now matched to an improved six-speed automatic transmission. It delivers 133kW at 6000rpm and 235Nm of torque in Ascent grade. Ascent Sport, SX and SL have an additional 2kW of power and 4Nm of torque. 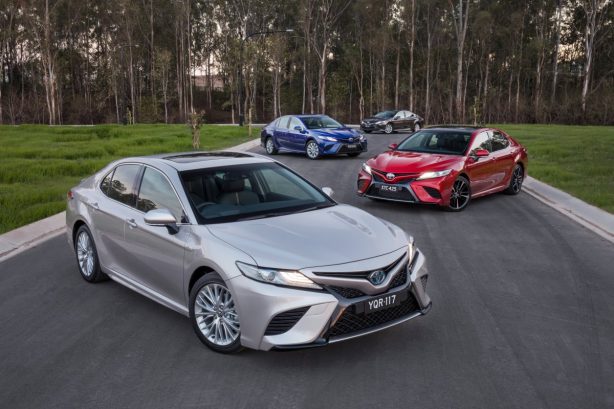 Toyota’s senior divisional manager sales and marketing Sean Hanley said the new range represents the largest generational change for Camry since the nameplate was introduced in 1983.

“Sharp pricing adds remarkable value to an all-new Camry that looks great while offering an unprecedented level of driving enjoyment and improved fuel economy,” he said.

“New Camry has all the ingredients to continue as Australia’s best-selling mid-size car, a position it has held for the past 23 years in a row.”

Prices have been reduced for six of the nine new Camry variants while increases on the other three are, according to Toyota, outweighed by additional features.

For the new hybrid powertrain, with combined power output rising to 160kW, prices have been improved compared with the petrol variants and the market.

Camry SX and SL with the new 224kW, 362Nm V6 engine are just $4,000 more than their four-cylinder siblings. All new Camry models come with Toyota Service Advantage at just $195 for up to the first five services – now with 12-month intervals. 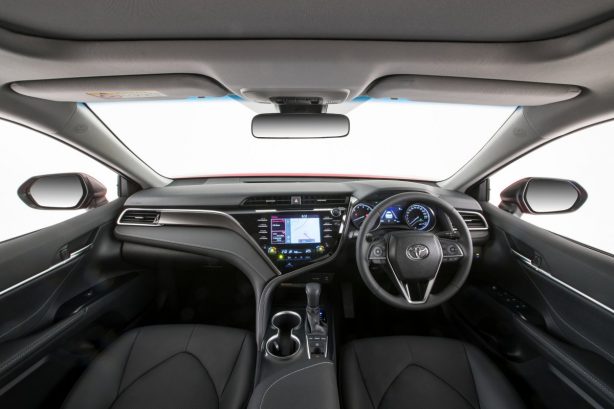 A new Auto Glide Control system acts like a neutral gear to help improve fuel efficiency while ensuring smooth engine braking when coasting, such as towards a red light.

With an efficient 11.8:1 compression ratio and able to utilise both the Otto and Atkinson cycles for optimum performance and efficiency, the V6 has expected power and torque figures around 222kW @ 6,600 rpm and 356Nm @ 4,700 rpm.

The brakes have also been improved with greater power, feel and longevity thanks to larger front and rear rotors.

All models are equipped seven airbags and a comprehensive range of electronic safety features including Hill-start Assist Control and a sway-warning system.