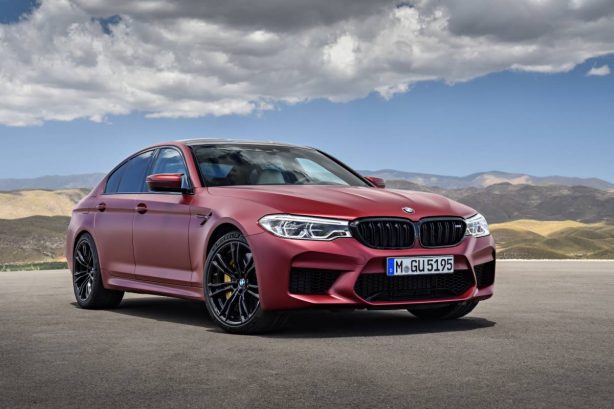 BMW has announced the pricing and specification of the sixth-generation 2018 BMW M5, which arrives in Australian showrooms from the second quarter of next year.

The first 50 units will be designated the “Launch Edition” (blue car) and priced at $199,900 plus on-road costs. It comes equipped with semi-autonomous Driving Assistant Plus consisting of tech like adaptive cruise control with Stop&Go, lane-keep assist, front and rear cross-traffic alert and autonomous emergency braking (AEB), along with Parking Assistant Plus bringing automated parking, front and rear parking sensors and a surround camera system. 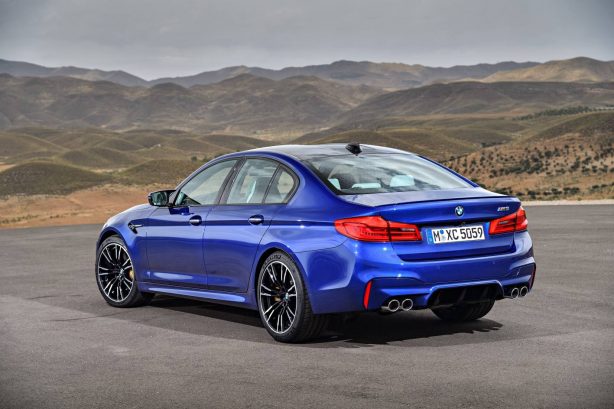 Inevitably, there are also nice to have options such as the Indulgence Package ($8,000), Innovations Package ($3,500), along with a raft of other single-item options. 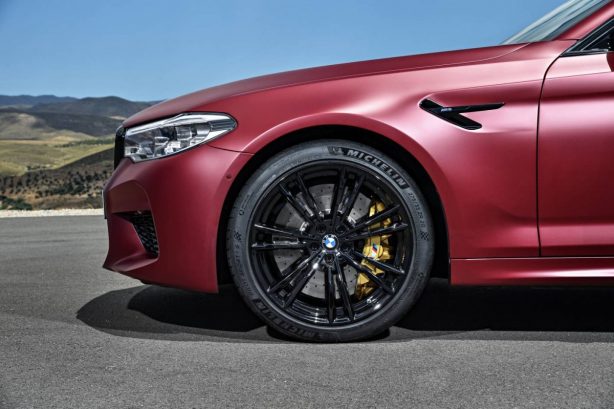 An even more exclusive First Edition (red car) model priced from $229,900 plus on-road costs will also find its way to Australia. Just 5 out of the 400 units built globally will head towards our shore. 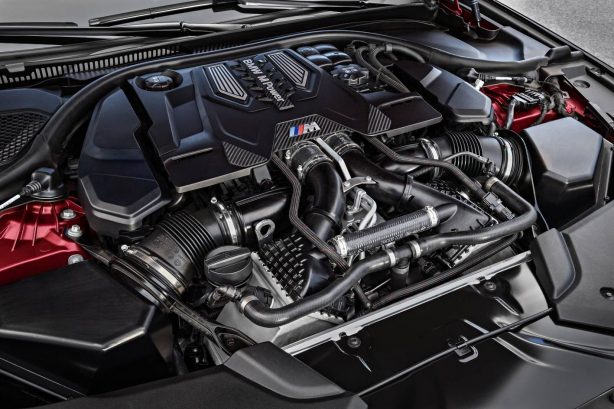 Also debuting in a BMW M5 is the eight-speed M Steptronic automatic transmission. This torque converter-equipped gearbox offers full manual control via steering wheel paddles, while said to offer a similar shift speed and superior low-speed response to the previous M5’s dual-clutch transmission. Alternatively, the stunning new ‘floor-shift’ is exclusive to the M5. 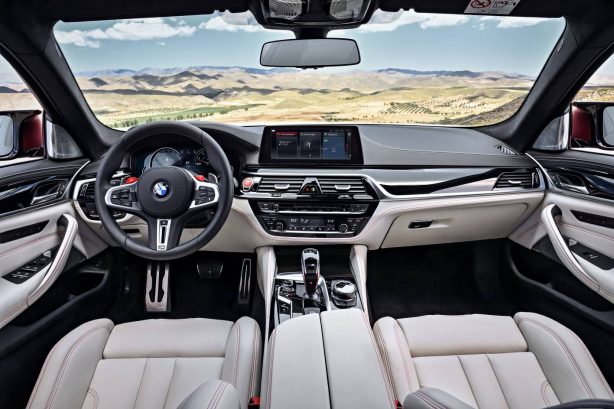 The new gearbox offers Drivelogic, which enables the driver to set a pre-determined shift speed, ranging from smooth and unobtrusive to race-car like in response.

These systems are integrated into the car’s electronic brain and work with the stability and traction control systems.

For the first time, the BMW M5 sports a CFRP roof, saving 1.5kg over an aluminium equivalent and lowering the vehicle’s centre of gravity.

The double-wishbone front suspension is based on the G30 BMW 5 Series, albeit specially adapted to suit the M Division’s demands, including increased front track width for greater stability. 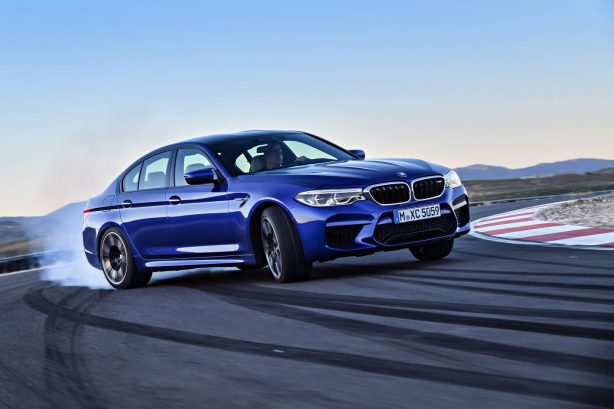 At the rear, the five-link arrangement has been modified and strengthened, with stiffer mounts, anti-roll bar and lower wishbones. Bespoke elastometer bearings are used on the rear axle mounts, ensuring no delay in the transfer of dynamic forces to the chassis. A steel rear cross-brace and additional aluminium transverse strut is said to further enhance response.

All-up, the new BMW M5’s kerb weight is 1,855kg – 15kg lighter than its predecessor, even including the M xDrive system and ancillaries. Unsprung weight can be further reduced by opting for the M Carbon Ceramic brake package.