A handful of spy photos showing a number of camouflaged HSVs at the company’s Clayton production facility have emerged online, thanks to the ‘Club VF’ Facebook page.

Amongst them is purported to be the potent GTS-R W1, which is slatted to be the most powerful HSV/Commodore when it hits the streets sometime this year. They are spotted here wearing two of the three new colours to be introduced – Spitfire Green and Light My Fire Orange (the other new colour being Son of Gun Grey). Besides the new hue, the range-topper will get bespoke front and rear bumpers, along with a new set of alloy wheels. 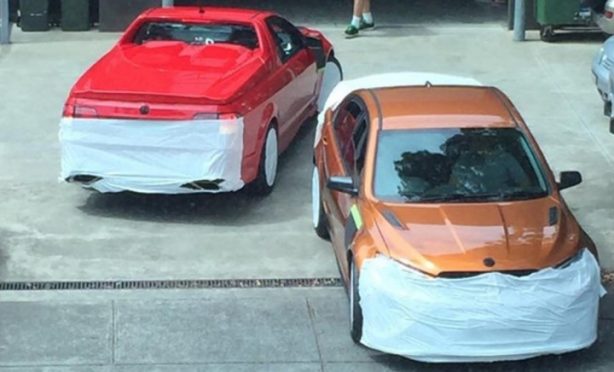 The GTS-R W1 is rumoured to be powered by the 6.2-litre supercharged LS9 V8 from the previous-generation Chevrolet Corvette ZR1, putting out the same 470kW/820Nm of torque. 0-100km/h is claimed to be taken care of in a mere 4 seconds.

Along the GTS-R W1, we can expect minor tweaks to the last Zeta-based HSVs as a last hurrah before Holden switches to the fully imported German model.