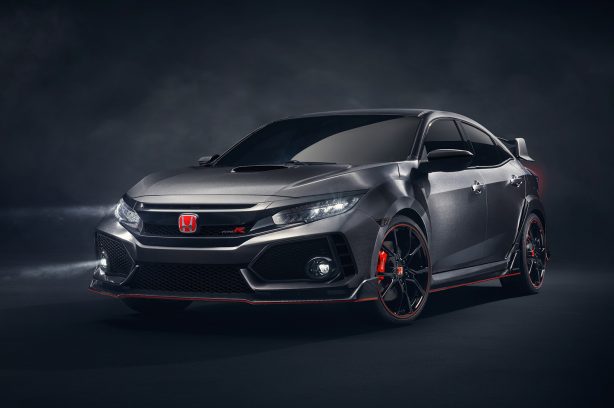 A near production ready 2017 Honda Civic Type R prototype has bowed in at the Paris Motor Show, along new Honda Civic Hatchback.

While the show car may be billed a ‘prototype’, it is apparent that most of the car’s body panels are near production ready – as evident by its striking resemblance to the spy photos we published earlier – safe for a few minor tweaks here and there before finally hitting showrooms around the globe. The eye-catching ‘brushed aluminium’ wrap of the show car will also unlikely to make production. 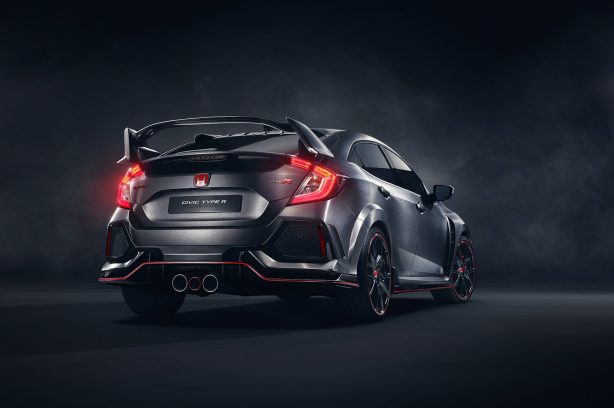 Compared to the regular Civic Hatch, the range-topper sports a muscular body kit consists of a gaping new front bumper, chunky side skirts and aggressive rear bumper with a centrally exiting three-pipe arrangement.

There is also a new intake on the bonnet, with an air scoop sited centrally in a trapezoidal recess. 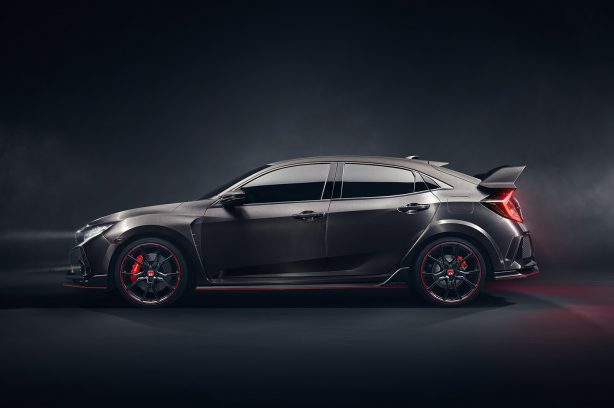 We don’t have any performance figures on the car yet, but we already know the 2018 Civic Type R will be powered by the 2.0-litre turbocharged four-cylinder VTEC engine from the current model where it develops 225kW and 400Nm. It is believed the new model could get as much as 250kW and 450Nm of torque.

The 2017 Honda Civic Type R has been confirmed for Australia and is expected to arrive in the 3rd quarter of 2017.