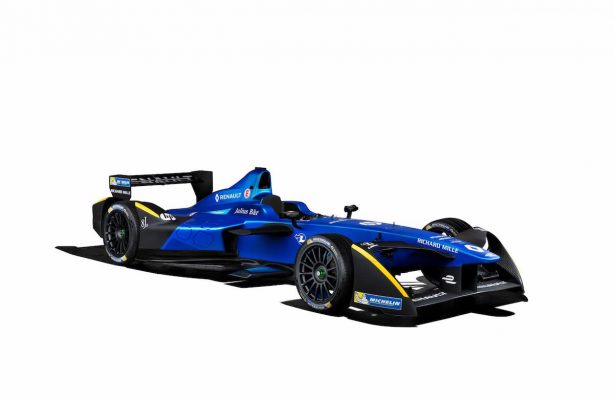 Renault’s FIA Formula E Team, the Renault e.dams, has unveiled their new livery for the 2016/2017 championship.

The livery features a vivid blue colour with flashes of bright yellow that will make the Renault Z.E.16 stand out from the Formula E pack. The new livery will be on show at the Renault stand in the Paris Motorshow from tomorrow, alongside the Renault Sport Formula One Team R.S.16 car that currently contests the FIA Formula One World Championship. 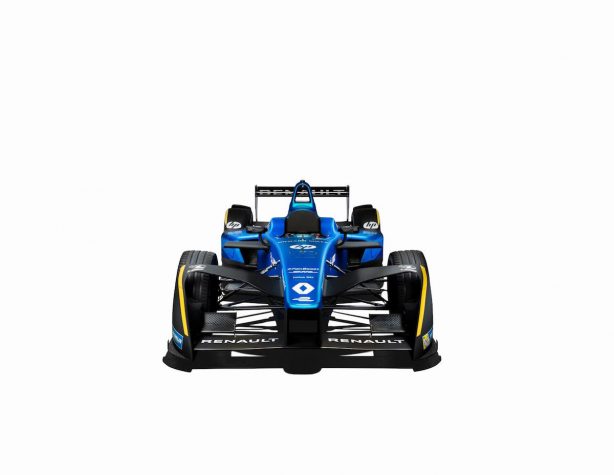 ‘We worked hand in hand with the design department of Renault to create visual synergies. Blue is the stand-out colour for the Renault Z.E range, so it was a logical choice to make the Formula E car reflect this.

‘Additionally, when you see the Formula E and Formula 1 cars together, the crossover points are notable. Both feature the colours in matt with the reflective flashes of the accent colours. Both also incorporate the monotone diamond logo we have put at the heart of the Renault brand this year. Our sponsors also agreed to use monotone logos, which results in a pure, elegant livery and very legible branding.

‘At the start of the year we stated we wanted to promote Renault via the halo effect of Renault Sport Racing and we are steadily moving towards a cohesive identity in different disciplines. Through this, we hope that Renault will become instantly recognisable for fans and the public.’ 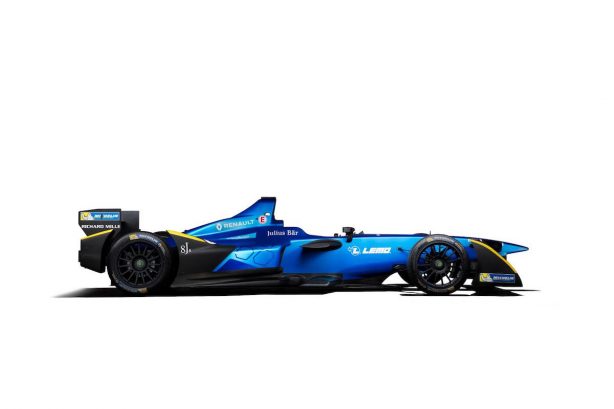 The new livery is branded with HP, which becomes the team’s new official technology partner from this season. As part of the partnership, HP will supply state-of-the-art PCs, tablets and plasma screens to the Renault e.dams team to aid race technical and sporting operations.

The 8Js logo confirms the innovative clothing company remains the team’s clothing partner of choice. 8Js will provide the team’s official kit whose colours and style will match the race car’s new livery while demonstrating the young brand’s talent for fit, practicality and elegance.

Sacha Prost added: ‘8Js has been a partner of the team since its inception. We are grateful to be part of a team that shares our passion for racing. The two first seasons have yielded a great number of wins and titles; we hope the future will be even better.’

Finally, LEMO Connectors remain official partner of the Renault-e.dams team. LEMO is the acknowledged leader in the design and manufacture of precision custom connection and cable solutions.