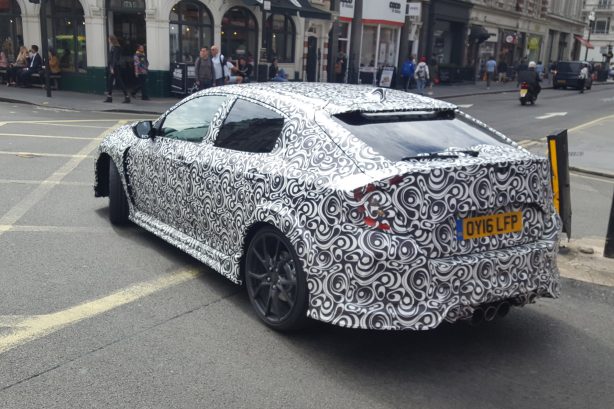 The hot new 2017 Honda Civic Type R has been snapped testing in the UK recently. The fully camouflaged prototype gives us a sneak preview of the hot hatch, ahead of its arrival next year.

The test mule was spotted by Evo Magazine’s sub-editor, Richard Lane in London and can be seen with wider front guards complete with side vents. It also wears beefier side skirts and flared rear wheel arches, while the chunky rear bumper hides an unusual three pipes arrangement.

Prototypes have also been spied pounding the Nürburgring in Germany with a rear wing fitted, but it is understood it won’t appear on the production model. Instead, Honda will be fitting a more subtle spoiler on the production car, with an aero package likely to be available as an option. 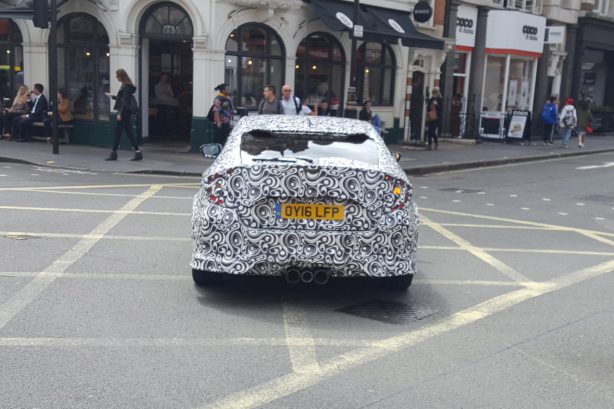 After skipping a generation in Australia, local fans can look forward to the all-new 10th-generation hot hatch, as Honda Australia has already confirmed its arrival next year.

It will be powered by a tuned version of the current-generation’s 2.0-litre four-cylinder turbocharged engine with an expected output of around 250kW and 450Nm of torque.

While most reports expect Honda to stick with front-wheel drive configuration, ForceGT believes the new Civic Type R could in fact feature all-wheel drive, based on the observation of a large transmission tunnel in the 10th-generation Civic. 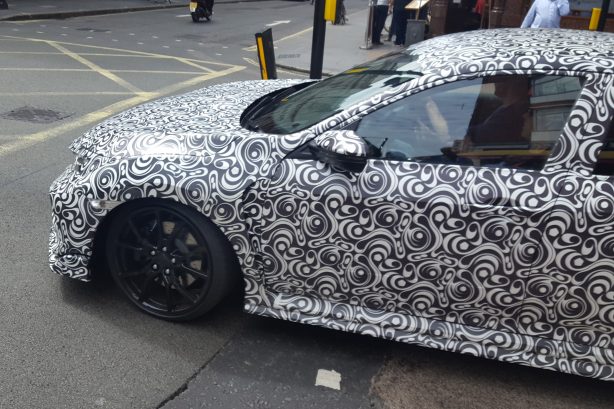 This means the new Type R has its sight set squarely on the new Ford Focus RS which has a nearly identical output of 257kW and 440Nm.

Like the new Honda Civic hatch, the Civic Type R will be built at Honda’s Swindon plant in the UK.

Got spy photos of your own? Share them with us at admin@forcegt.com.