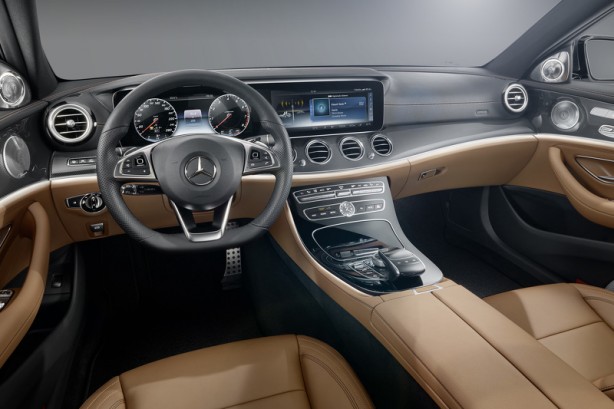 The new car’s interior looks like an evolution of the S-Class’s dashboard, featuring the same dual-screen layout with full digital instrument cluster. Like the rest of the Mercedes passenger car range, the air-conditioning vents are now circular and the controls appears to sit flushed on the centre console. 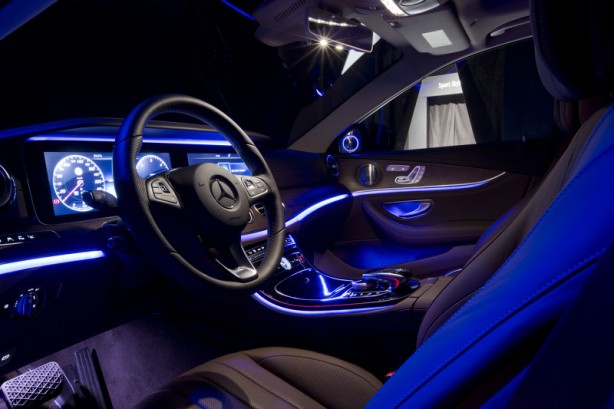 Typical of the brand, the controls for the electric front seats are located on the door panels, along with the speakers for the audio system. There’s also different mood lighting throughout the interior.

While no details have been released with the photos, it is believed that the new E-Class will feature what’s known as the NFC system. It allows the driver to use his or her smartphone, if equipped with a special secure SIM car, as a key. The car is also said to have a remote parking system similar to the BMW 7 Series. 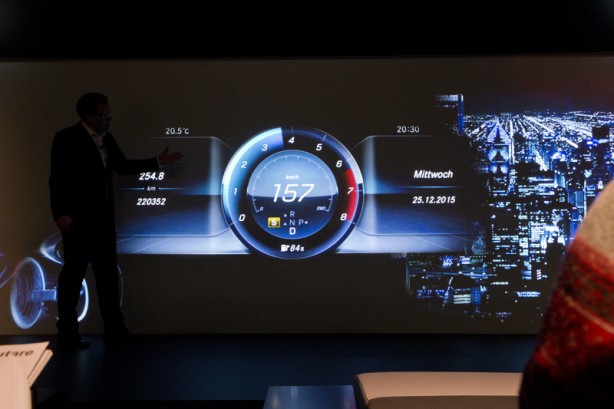 The 2016 Mercedes-Benz E-Class is expected to make its official debut at the 2016 North American International Auto Show in Detroit next month.