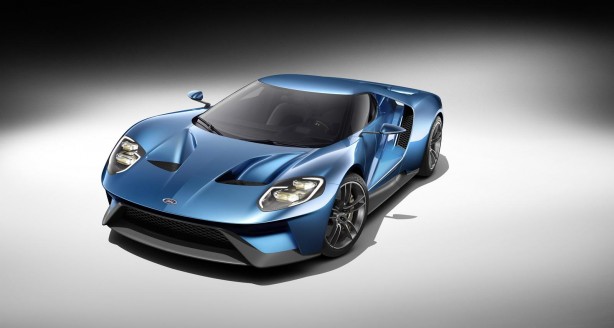 Ford’s worst kept secret is out! The all-new Ford GT has made its debut at the 2015 North American International Auto Show in Detroit, 13 years after the first modern GT broke cover at the same show.

The 2016 Ford GT will hit production late next year, albeit in left-hand-drive configuration only – ruling out the car reaching Australia. 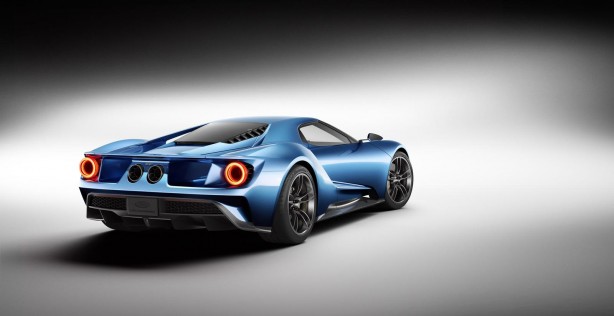 Unlike its retro-inspired predecessor, the new Ford GT is pure 21-century. Designed by a team of six designers lead by Australian designer, Todd Willing, the Ferrari-fighter is designed to be as aerodynamically efficient as possible.

From its optimum tear-drop shape to its aircraft-inspired fuselage and visibility-enhancing curved windshield, Ford said every slope and shape is designed to minimize drag and optimise downforce.

Although each surface on the GT is functionally crafted to manage airflow, it also features fully active aerodynamic components to improve braking, handling and stability. 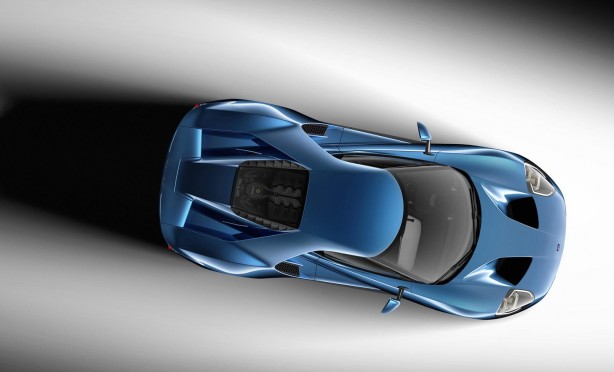 An active rear spoiler is keyed to both speed and driver input, reactively deploying and adjusting its height and/or pitch angle depending on conditions.

The GT also features advanced lightweight composites, anchored by a carbon fibre passenger cell while the aluminium front and rear subframes are encapsulated in the structural carbon fibre body panels.

The state-of-the-art chassis is suspended by an active racing-style torsion bar and pushrod suspension, with adjustable ride height. The 20-in wheels are shod with Michelin Pilot Super Sport Cup 2 tyres featuring a unique compound and structure designed specifically for the Ford GT. Multi-spoke wheels encircle carbon-ceramic brake discs at all four corners.

The narrow-profile canopy reduces frontal area and caps a purposeful interior that provides state-of-the-art technology to ensure control, comfort and safety. The two-seat cockpit is accessed by upward-swinging doors, and features driver and passenger seats integrated directly into the carbon fibre passenger cell.

According to Ford, this configuration significantly reduces seating hardware and weight, and provides a consistent and direct sensory connection to the chassis. The fixed seating is combined with adjustable pedals and steering column to accommodate a very wide range of driver statures. 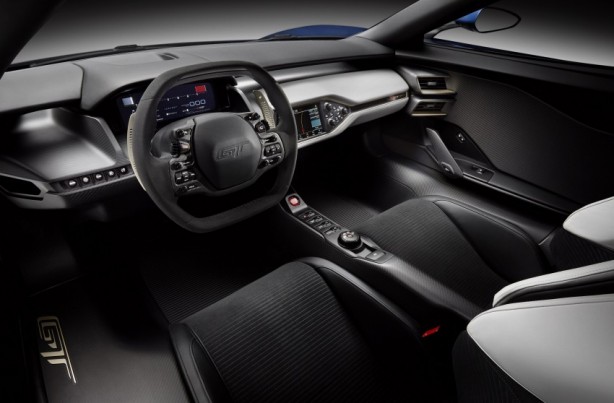 At the heart of the all-new GT is a twin-turbo 3.5-litre EcoBoost V6 that generates 600hp (441kW). It features port/direct fuel-injection setup to improve engine response, plus a low-friction roller-finger-follower valvetrain. Ford said the V6 is more powerful and efficient than the V8 found in the previous GT. It is also the most powerful EcoBoost engine ever produced and is connected to the rear wheels via a seven-speed twin-clutch transmission.