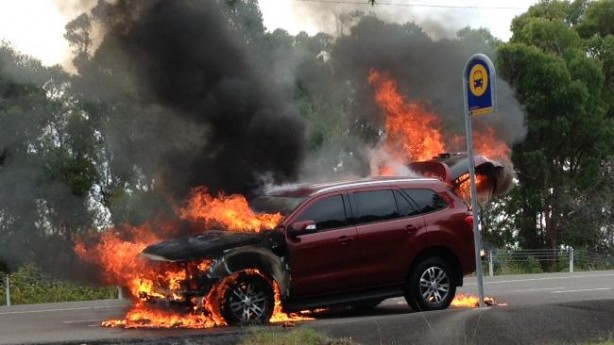 A test drive by an Australian automotive journalist was cut short as the brand new 2016 Ford Everest test vehicle spontaneously bursts into flames.

During the test drive, Peter Barnwell, noticed a number of warning lights appear across the instrument cluster. Before long, the display went black and the engine stopped. As Peter came to a stop, he spotted flames burst out from under the engine bay. He quickly got out and had to watch idly by as smoke and fire ravaged the entire vehicle.

Barnwell mentioned that fire crews arrived within 5 minutes, however “they couldn’t put the fire out for ages. Some of the material wouldn’t extinguish. There were explosions and bits of shrapnel firing 50m down the road.” 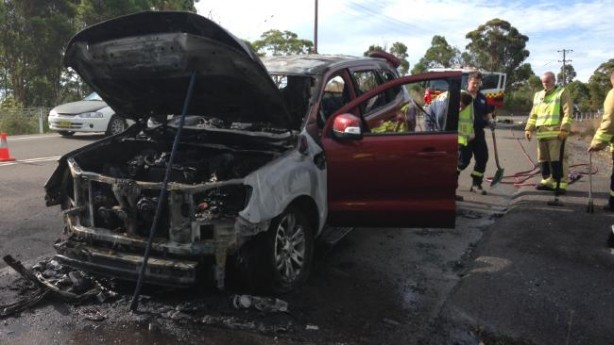 The exact cause of the blaze is unknown, however Ford may have to issue a recall if the engine or electrical systems are at fault. If a recall is issued, it wouldn’t only effect the 1000 or so Everests on the road but also more than 100,000 Ford Ranger ute’s as they share the very same engine and electrics.

The burnt wreckage is currently being transported to Ford Australia’s engineering headquarters in Melbourne where the vehicle was originally designed and will undergo a full investigation. “We want to assure customers we’re doing everything we can to investigate the matter,” said Mr Sherwood, Ford Australia’s Communications and Public Affairs Director.

Ford believes a recall would be premature as the cause of the incident is still unknown. 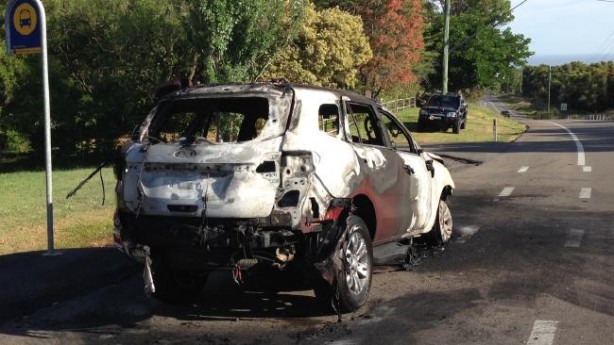 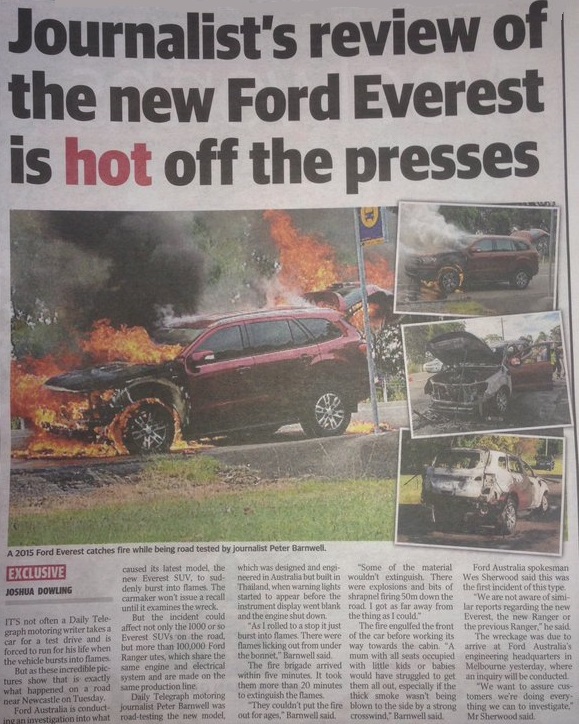