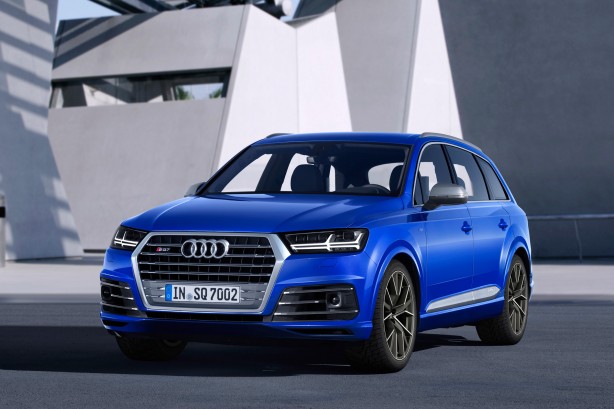 Audi has unveiled its potent, all-new SQ7 SUV at the company’s headquarters in Ingolstadt. It is the first time Q7 has received the S treatment, following on from the SQ5 introduced in 2013.

The latest addition to the Q7 range is said to be the first series production car to introduce an electric powered compressor to boost the performance of its engine. Powering the SQ7 is a new 316kW/900Nm 4.0-litre V8 diesel engine, which is also slatted for the next-generation A8 and a new Q8-badged range topping SUV currently under development. 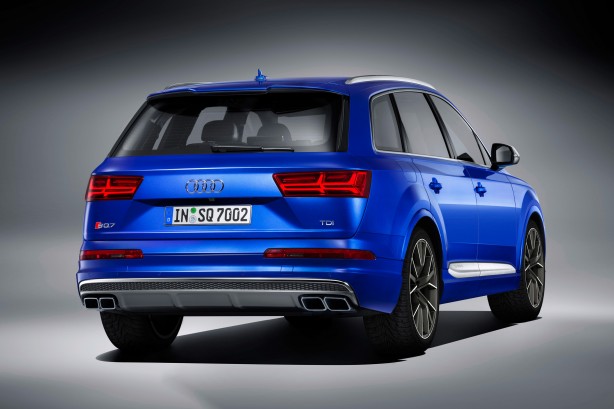 It adopts a new common rail injection system that generates up to 2,500 bar of injection pressure and the first application on a diesel engine of Audi’s patented valve lift system. 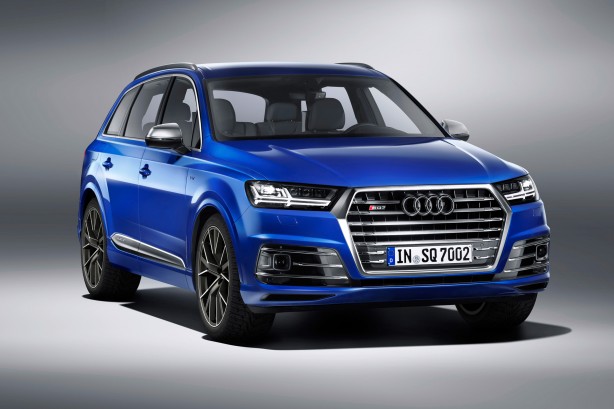 The two exhaust driven turbos are mounted within the 90-degree angle of each cylinder bank to give them shorter flow paths and run in a sequential process. The smaller turbo engages at low and intermediate throttle loads, while the second large turbocharger kicks in at higher loads. Meanwhile, the electrically powered compressor, or EPC, supplements them by increasing the throughput of air within the induction system at lower low throttle loads to improve overall response. The result is the full whack of torque between 1,000 and 3,250rpm.

The V8 is mated to an 8-speed automatic gearbox and Audi’s Torsen torque sensing four-wheel drive system with a self-locking centre differential to all four wheels. An optional sport differential, which provides a torque vectoring effect with a variable amount of drive between each of the individual rear wheels is offered as an option – the only Q7 model with the option. 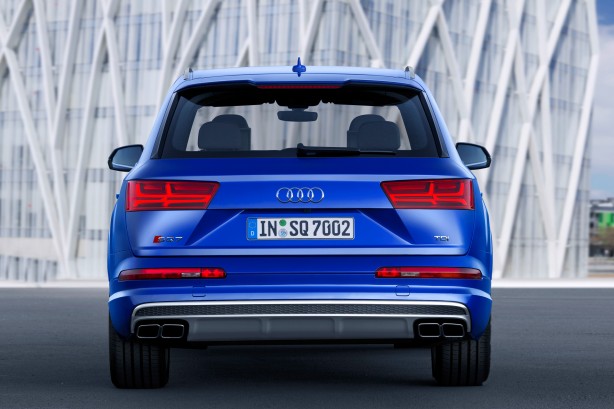 The SQ7 is also equipped with a new electro-mechanical roll stabilization system to reduce body roll. In off-road driving, the stabilisers are decoupled.

Audi claims the SQ7 is capable of launching itself from 0-100km/h in 4.8 seconds and has an electronically limited top speed of 250km/h.

Outside, the range-topper scores 20-inch wheels shod with 284/45 profile tyres, with 22-inch wheels offered as an option. There’s also the usual aggressive body kit to set the car apart from its lesser siblings.