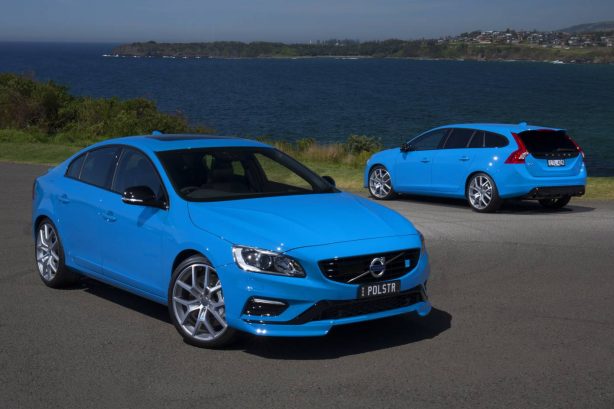 The 2015 model year Volvo S60 Polestar has arrived and is joined by a wagon stable mate, the V60 Polestar. Both models are expected to arrive in Australia in January 2015.

First started out as a pilot project in Australia in 2011, the high performance Volvos are now full production models available in Australia, Canada, Japan, the Netherlands, Sweden, Switzerland, United Kingdom and the USA.

A host of improvements have been implemented into the third generation S60 and V60 Polestar. The most important change is a raised tyre grip level. The cars now come standard with bespoke 20” Polestar alloy rims, running on Michelin Pilot Super Sport 245/35 ZR20 tyres, working in unison with the further developed Öhlins Polestar shock absorbers, and the latest generation Haldex All-Wheel Drive system, with unique Polestar functionality. 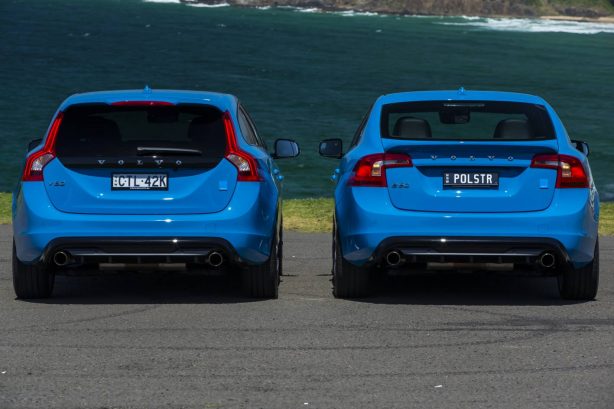 The brake system has been reworked with a new brake booster and a recalibrated ABS and stability control system to refine driver control and feedback through the six-piston Brembo brake callipers and 371mm ventilated discs.

The six-cylinder turbo-charged T6 engine produces 257kW at 5250rpm and 500Nm at 3000rpm. It is joined in this latest version with a new full flow 2.5” stainless steel active exhaust system, with 3.5” tail pipes, designed to reduce exhaust back pressure – which also results in a powerful and rorty tone under full acceleration.

Further development time has been spent in the Volvo wind tunnel, which has resulted in a new rear spoiler for the sedan and new roof spoiler for the wagon, which Volvo claims increase downforce and thus high-speed stability. 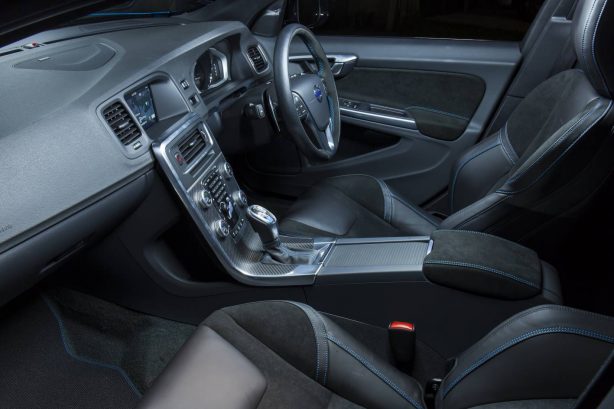 “The core of Polestar is racing, but that does not mean that we set out to create a race car for the road. We wanted to build a car that we ourselves would want to own and drive. A real drivers car, engineered for real life. Simply put: the S60 and V60 Polestar are what we and our race drivers drive to work,” said Henrik Fries, S/V60 Polestar Technical Project Manager.

Development of these latest Polestars has been ongoing, with thousands of development kilometres driven on twisty mountain roads, Autobahns and test tracks from the south of Europe to the frozen north of Sweden. Volvo Polestar Racing V8 Supercar driver Robert Dahlgren has been deeply involved in the development of these cars, with fellow driver Scott McLaughlin also contributing to the final sign off of this latest generation.

“We have continued our work to create a true driver’s car which is not limited to specific driving conditions, but enjoyable on everything from your favourite winding roads to taking the family for a long journey, no matter what the weather,” said Robert Dahlgren.

“In my view we have got close to our goals, but of course it’s best experienced first-hand behind the wheel – on all roads and in all weathers,” said Scott McLaughlin.

The S60 Polestar is priced from $99,990 excluding on-roads, while the V60 Polestar has a sticker of $102,990. Both cars are manufactured in the Volvo factory in Torslanda, Sweden.