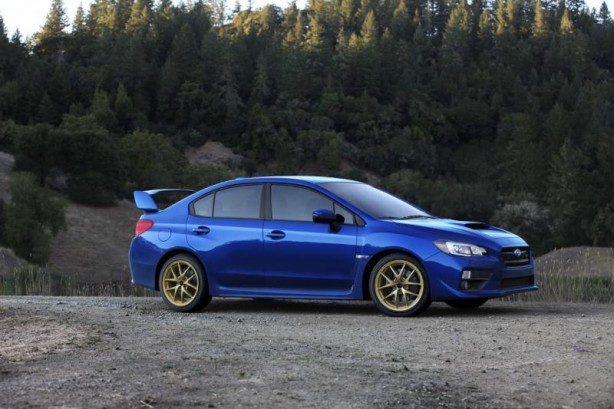 The first photos of the all-new 2015 Subaru WRX STi have been leaked online, ahead of its scheduled debut at the upcoming North American International Auto Show in Detroit later this month.

Although unconfirmed, the photos seem to be official and offer a first look at the rally-bred high performance sedan. Like the WRX, the exterior of the STi adopts a wide body version of the standard Impreza sedan, with a larger rear spoiler and STi badges. 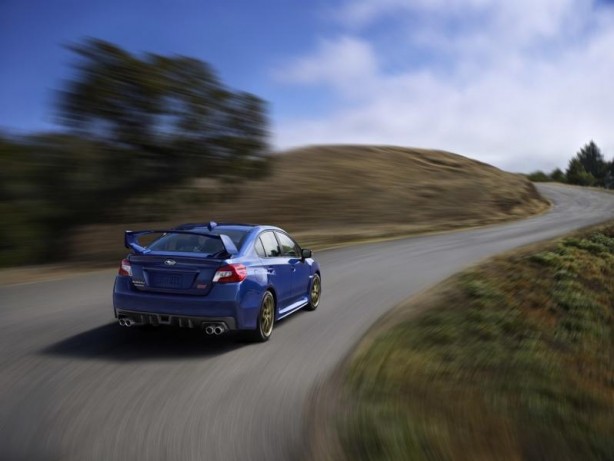 The model shown in the photos is painted in Subaru’s trademark World Rally Blue matched with 18-inch gold alloy wheels. Under the scooped bonnet is a 2.5-litre turbocharged four cylinder engine, slightly larger than the 2.0-litre turbo in the WRX. It produces 224 kW (300 hp) and 393 Nm (290 lb-ft) driving all four wheels via a six-speed manual gearbox.

The use of high tensile steel in the STi’s body makes it stiffer yet lighter than ever, which should improve dynamics. 0-100 km/h acceleration is expected to be around 5.0 seconds.

The new Subaru WRX STi is set to hit showrooms worldwide in early 2015.