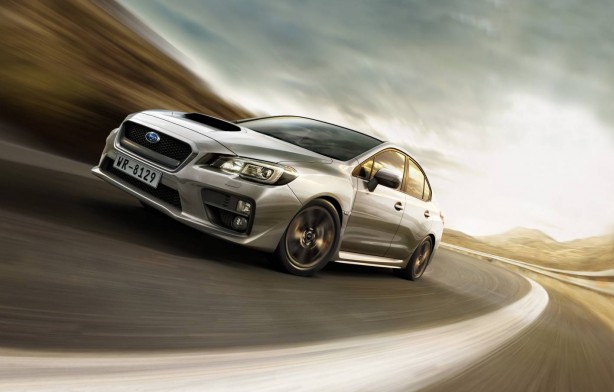 The all-new Subaru WRX has officially bowed in at the Los Angeles Auto Show. Featuring a 2.0-litre Horizontally-opposed direct injection Boxer engine that produces 199kW @ 5,600rpm and 349Nm @ 2,000-5,200rpm, it is paired with a 6-speed manual that drives all four wheels.

An optional Sport Lineartronic CVT with 8-speed manual mode is available for the first time on a WRX. The new car also sports a stiffer body and suspension, as well as quicker steering response. There’s also a multi-mode Vehicle Dynamics Control (VDC) and Active Torque Vectoring. 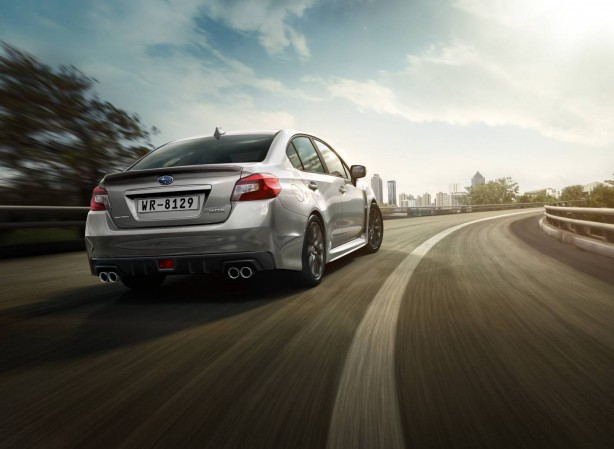 As shown in previous leaked photographs, the production car is a bit of a letdown design wise. The car is essentially a wide body version of the standard Subaru Impreza. It measures 4,595mm in length, 1,795mm in width and 1,475 in height, while its wheelbase has been stretched by 25mm compared to the previous generation to 2,650mm, giving better rear leg room.

The WRX rolls on new 17-inch 235/45 R17 alloy wheels in dark gun metal that are said to be more rigid and lighter. LED headlights are optionally available, while LED taillights are standard. 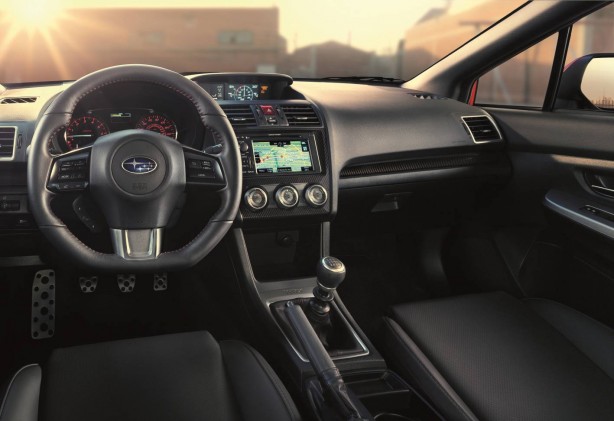 Inside, the WRX gets a flat-bottomed steering wheel for the first time. As a symbol of the racing spirit, a silver ring engraved with the letters “WRX” rests around the shift lever on manual models. The gauges employ a dual dial layout with red backlighting and horizontal white needles, 3.5-inch full colour LCD and aluminium rings.

Red is used throughout on stitching and gauges in homage to the WRX motorsport image, with soft-touch materials used in frequently handles places.

The 2014 Subaru WRX will arrive in Australia in March next year. Local pricing and specifications will be announced closer to launch.