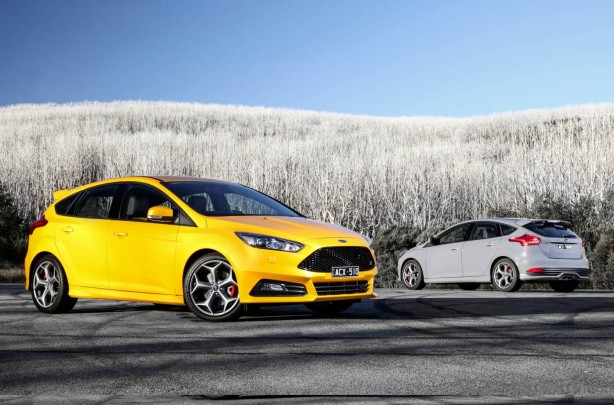 Ford is giving desperate fans a closer look at the 2015 Ford Focus ST ahead of its arrival next month with a new batch of photos. The revised hot hatch from the Blue Oval will hit showrooms in May priced from $38,990 plus on roads, $700 less than the current model, despite packing additional tech and features, boosted with improved dynamics. 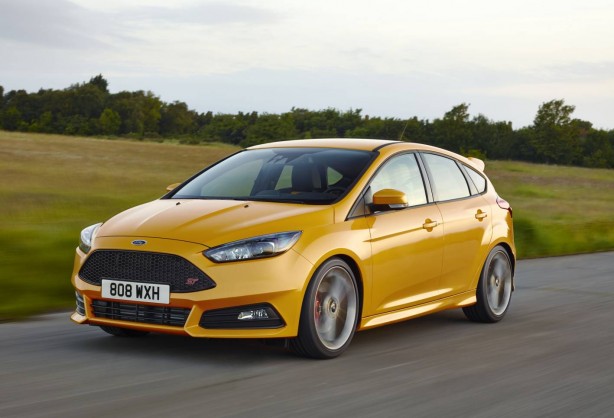 The redesigned interior drops the fussy layout of the old for a more intuitive, simpler configuration with a clearer visual connection between the key components and significantly fewer buttons in the cabin.

An additional bank of three gauges is situated on the instrument binnacle and displays turbocharger boost pressure, oil temperature and oil pressure information. 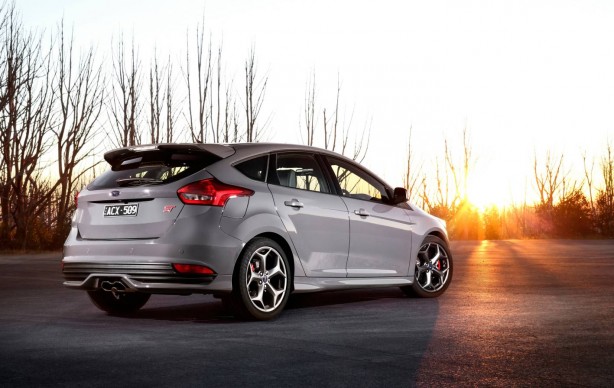 Under the bonnet, the 2015 Focus ST is powered by a 2.0-litre turbocharged four-cylinder engine producing 184kW and 340Nm, unchanged from the current model. It drives the front wheels through a standard 6-speed manual transmission, with no auto option planned.

Auto-Start-Stop is offered for the first time, improving the fuel efficiency and helping make it the most fuel-efficient petrol Focus ST ever with a combined fuel efficiency figure of 7.3L/100km 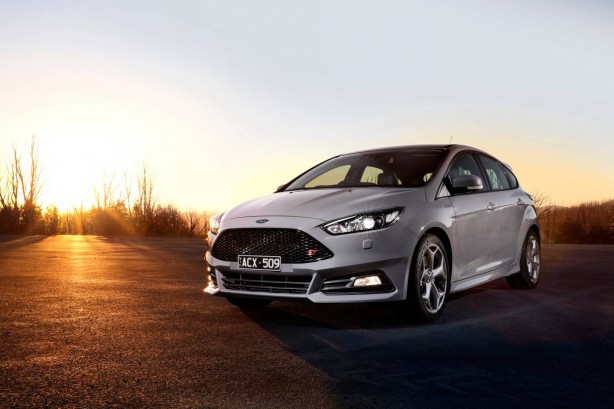 The car’s electric power steering has also been recalibrated for a sportier feel. 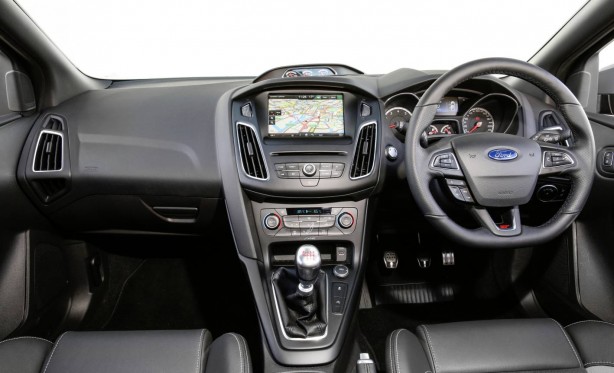