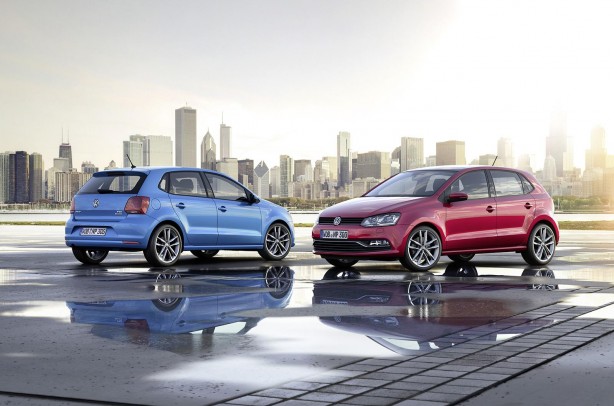 Volkswagen has unveiled the revitalised Polo range ahead of its public debut at the 2014 Geneva Motor Show in March. While the face lift is subtle, a raft of new technologies and efficient engines has found their way onto the new Polo.

Aesthetically, the 2014 Volkswagen Polo can be differentiated by a redesigned front bumper and grille, with more precise lines. There is also a chrome line that separates the front fog lights. The Polo will be the first in its class to offer optional LED headlights. At the rear, the new taillights sports different graphics, while the rear bumper has been restyled with a wider cutout for the number plate. 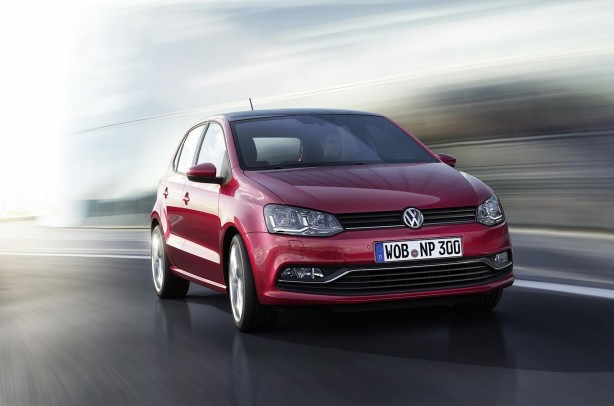 All new Polos will be equipped with an Automatic Post-Collision Braking System as standard. It automatically brakes the vehicle after a collision to reduce kinetic energy and minimise the chance of a second impact. Options include a Driver Alert System and Front Assist with City Emergency Braking and Automatic Cruise Control. For the first time on the Polo, an optional Sport Select adaptive suspension system will be on offer.

Inside, the Golf’s brilliant modular infotainment system is also being introduced across the Polo range comprising of 5 and 6.5-inch touchscreen. The driver is also greeted with completely redesigned instruments and steering wheel, while a refreshed centre console houses new heating and ventilation controls. 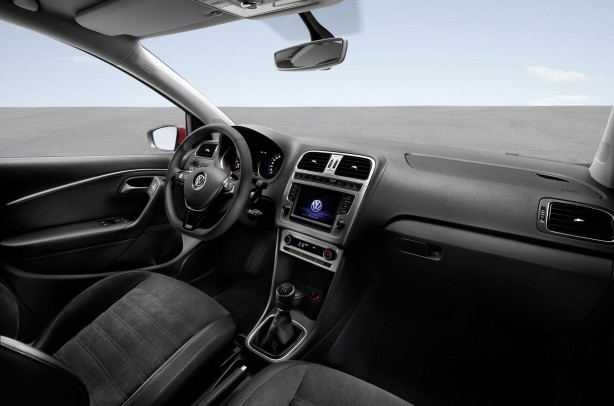 Diesel power is provided by two new three-cylinder 1.4-litre TDI engines that replace the previous 1.2-litre and 1.6-litre and produce 55kW and 66kW of power.

Depending on the engine variant, the 2014 Volkswagen Polo is paired with five- and six-speed manual transmissions, as well as a seven-speed dual-clutch gearbox.