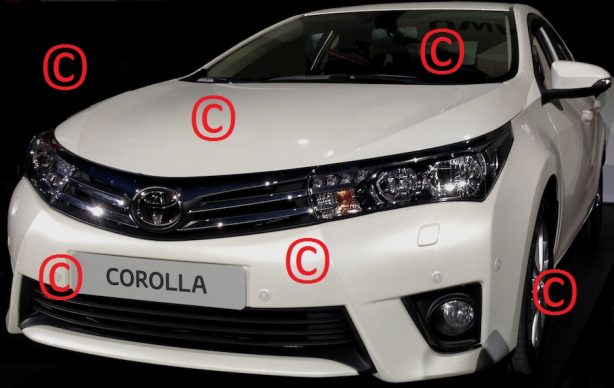 These leaked pictures posted on the Subdriven forum are purportedly of the upcoming 2014 Toyota Corolla.

Looking more chiselled than the current model, its front facia shares styling element with its hatch sibling, as well as the recently unveiled Toyota Furia concept. The slim-line grille on the new car integrates seamlessly with the car’s headlights, with the blades extending into the headlight housing itself. 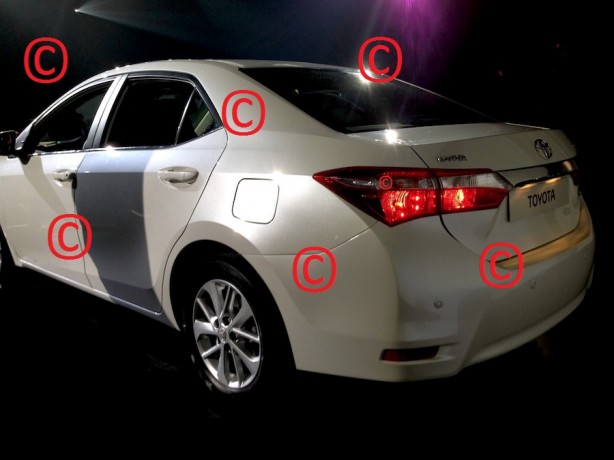 The rear of the car looks a little less dramatic though, with wrapped around taillights joined by a chrome license plate trim. From behind, it carries a hint of the previous generation Toyota Camry.

Not much else is known at this stage, but we expect the new car to share the hatch’s 1.8-litre four-cylinder petrol engine, which produces 103kW/173Nm. If the Furia concept is any indication of the car’s dimensions, it will measure approximately 4,620mm long, 1,805mm wide and 1,425mm tall, with a wheelbase that spans 2,700mm.