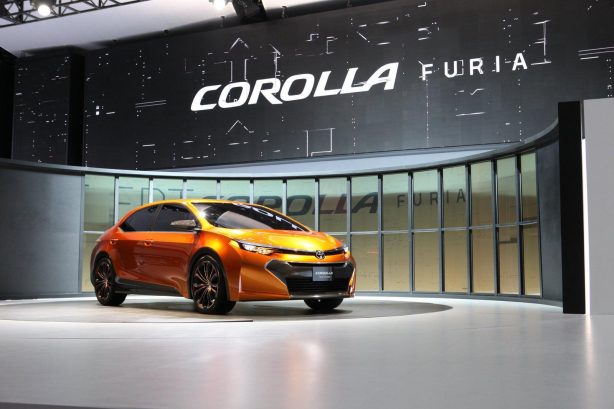 Toyota has unveiled the Corolla Furia concept at the 2013 North American International Auto Show in Detroit.

The concept is a design study that points to the future styling direction of the Japanese giant’s next-generation Corolla. Often accused of churning out bland white goods on wheels, Toyota is now taking its design seriously, on top of injecting some much needed fun into its range of cars. 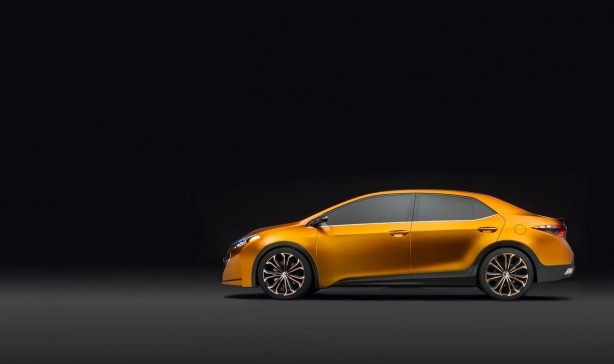 The Furia concept features narrow headlights that join up to meet the company logo in the middle. Underneath, there is a huge front grille and vertical fog lights. There is a cap forward stance in the car’s profile, while the upward sweep in the rear door ties the concept back to the last few generations of the Corolla. At the other end, there’s a chunky C-pillar and similarly slim taillights with what looks like frozen glass within the light. 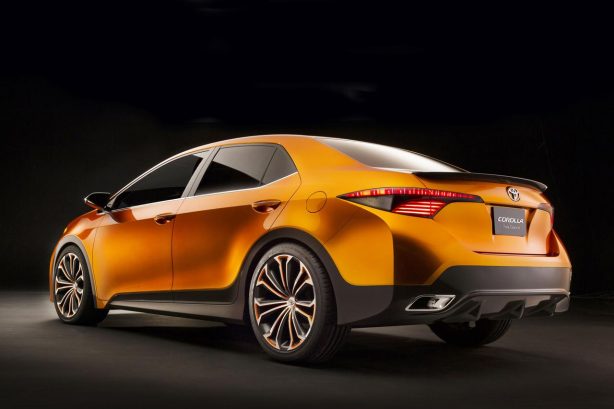 Tell us what you think of the Toyota Furia concept in the comments below.