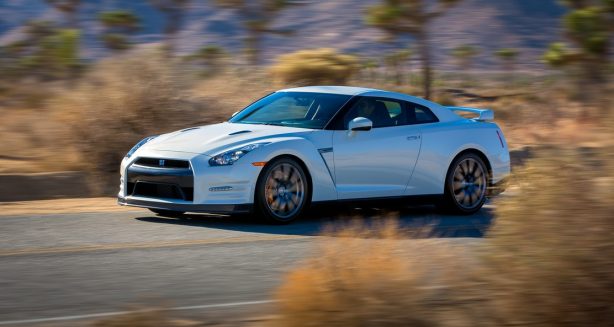 New details have emerged on the much anticipated Nissan GT-R Nismo, due to be released in early 2014. A Nissan insider told Auto Express at the recent Goodwood Festival of Speed that the 2014 Nissan GT-R Nismo will be capable of launching from 0 to 100 km/h in around 2.0 seconds. If true, the Nissan supercar will smash record as the fastest accelerating production car ever, leaping to the century mark faster than the Bugatti Veyron Super Sport or even the Hennessey Venom GT.

This is all made possible thanks to further reduction in weight and an increase in power output. Previously, Nissan has revealed that the 2014 Nissan GT-R Nismo will have over 425 kW (570 hp) from its twin-turbo V6 3.8-liter engine.

The company has also indicated that it will lap the Nürburgring even quicker than the 7 minutes and 18 seconds lap time currently set by the 2013 Nissan GT-R.

The Nissan GT-R Nismo is developed with inputs from Williams Advanced Engineering. Sources reported that one of their engineers was quoted saying “you’d be surprised at how much room for improvement there is,” referring to the GT-R. “Where you expect it’s all been tuned to the maximum, it’s actually easy to make big gains,” added the Williams engineers.

The Nismo edition will be the GT-R’s final hurrah with Nissan previously saying that it will be the “fastest” and “meanest” GT-R ever built. In addition to the performance tweaks, the supercar will also receive bespoke Nismo goodies such as carbon fiber aero panels, Nismo exhaust system and Nismo interior details.