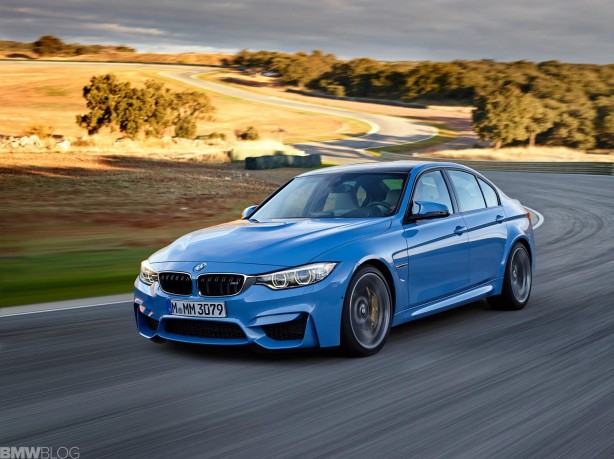 The first official images and specifications of the 2014 BMW M3 and M4 have surfaced on the net, ahead of the car’s official unveiling later today.

As you can see from the images, the all new M3 and M4 sports a bold new face with black kidney grille slates, gaping front air intakes and a bulging bonnet. Moving down the side of the car, there’s the trademark aerodynamic wing mirrors and fender vent behind the front wheels. At the back, the M models gets sportier rear bumpers with diffusers and the familiar quad pipes exhaust system that uses a flap arrangement to provide a deeper and fuller soundtrack. 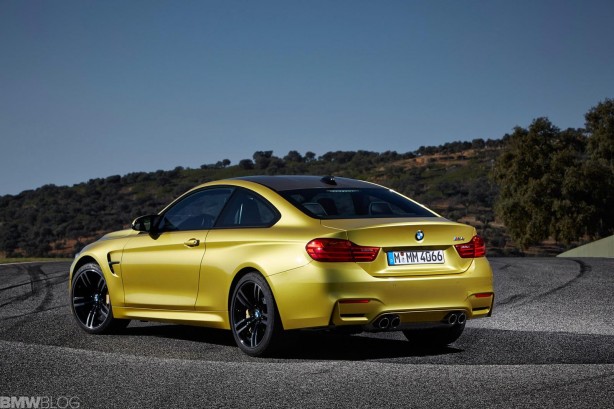 The latest M3 and M4 also get a lightweight carbon fibre roof as standard, while the brake calipers are painted in a gold colour. Both cars comes with lightweight forged alloy wheels measuring 18×9 inches front and 18×10 inches rear. A 19-inch wheel is available as an option. Inside, both models share virtually the same dashboard layout, which itself, is based on the regular BMW 3 Series.

As we know now, both models will also share a 3.0-litre TwinPower Turbo six-cylinder engine that features two mono-scroll turbochargers and double VANOS variable valve timing. The high-revving uit (up to 7,600rpm) develops 317kW (431 HP) of power between 5,500-7,300rpm and 550Nm of torque between 1,850-5,500rpm, enabling the 1,497kg M4 Coupé to rocket from 0-100km/h in 4.1 seconds before hitting an electronically limited top speed of 250km/h, or 280km/h with the M Driver’s Package. Intriguingly, the M3 Sedan is said to have the same performance despite tipping the scales at 1,520kg. 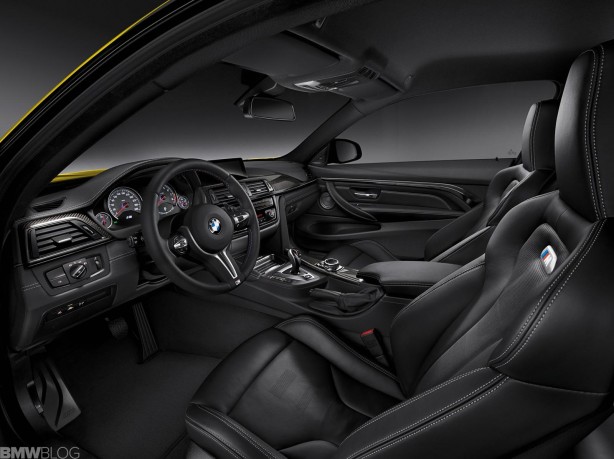 Both models are available with either a six-speed manual or seven-speed dual-cluth transmission. According to BMW, the manual is 12kg ligher than the previous manual and features throttle-blipping technology for downshifts. The switch to six-cylinder means owners can look forward to less visits to the pump, with official figures quoted at 8.3L/100km (28.3 mpg US/34 mpg UK), while CO2 is rated at 194g/km – 25 per cent more fuel efficient than the outgoing V8.