2014 BMW 2-Series caught half disguised ahead of Frankfurt debut 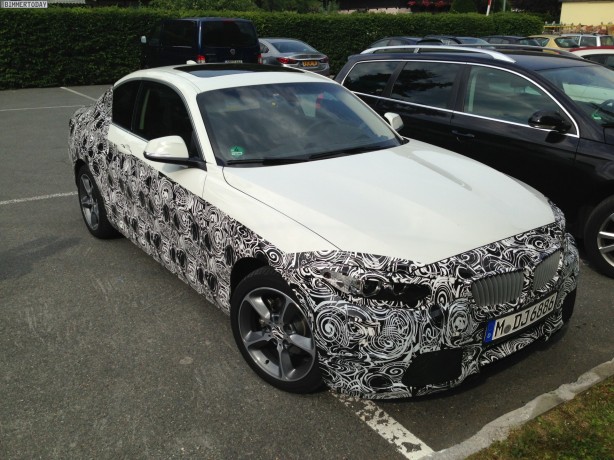 The new 2014 BMW 2-Series coupe has been caught half disguised ahead of its debut at the 2013 Frankfurt Motor Show in September. The entry level BMW coupe was spotted undergoing final testing in Austria.

Wearing little camouflage, the 2-Series coupe can be seen with a more purposeful kidney grille. Like the new BMW 3-Series and BMW X5, the headlights now merge with the grille for a lower and wider front fascia. The new headlight design also sports bi-Xenon with LED daytime running rings. 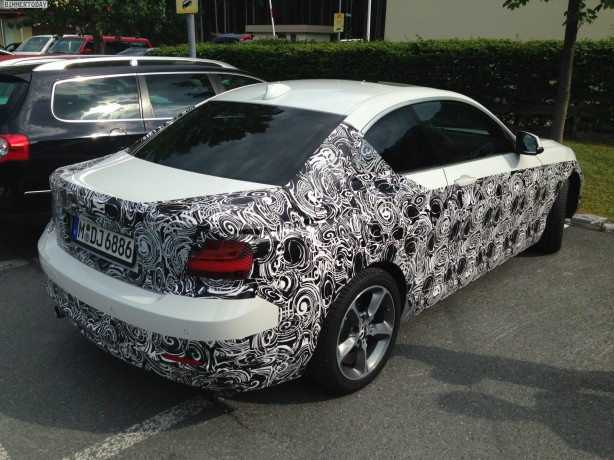 The interior shots of the new 2-Series coupe show a cockpit that is pretty much lifted from the 1-Series hatchback with similarly styled centre console, door trims and steering wheel. The undisguised iDrive controller indicates a touch-pad for navigating the infotainment LCD screen.

The 2014 BMW 2-Series will be offered with a range of four and six cylinder engines with the 3.0-litre turbocharged straight-six BMW 235i topping the range. Production of the coupe will begin in November.