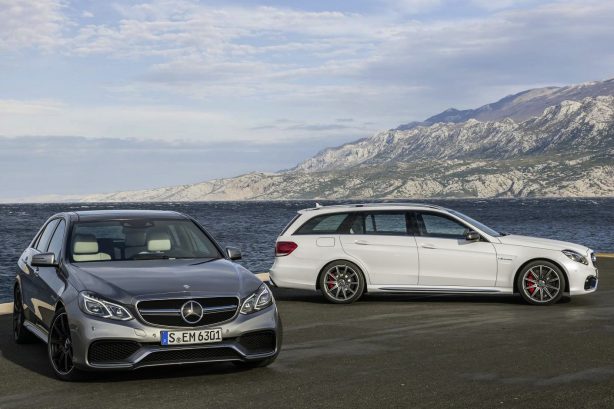 The 2013 Mercedes-Benz E63 AMG has been unveiled, including a high-performance ‘S-Model’. The sports sedan continues to be available in both sedan and wagon body style.

It gets a tuned version of the current model’s 5.5-litre twin-turbocharged V8, producing 410kW of power (up from 386kW) and 720Nm of torque (up from 700Nm) – a figure currently only available with the Performance Pack option. 0-100km/h is dispatched in 4.2 seconds. 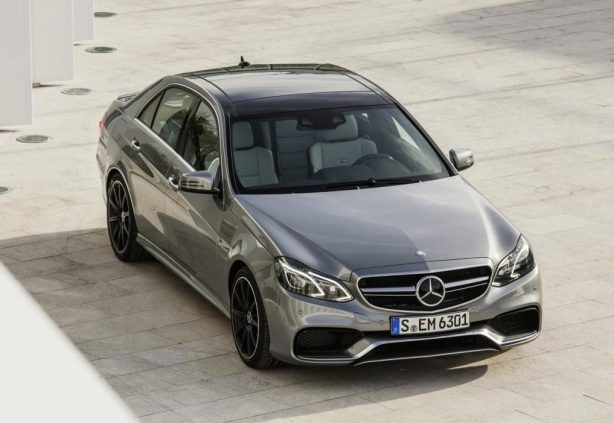 Despite the incredible power and acceleration figures, the new car is more fuel efficient than the outgoing model. Combined fuel economy for the rear-wheel drive model is rated at 9.8L/100km, and 10.3L/100km for the 4MATIC variants, including the S-Model. 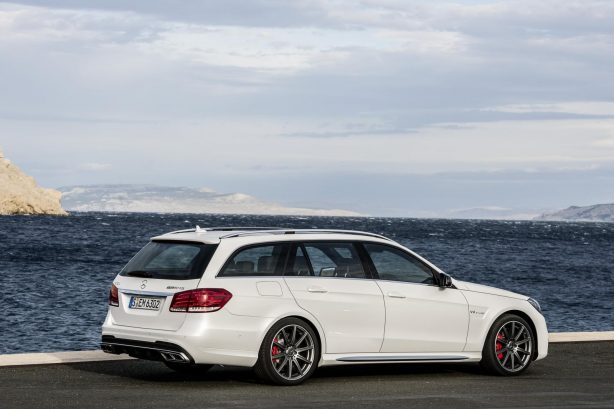 As previously reported, the new E63 AMG now sports a more cohesive styling, with its bold new face and aggressive rear diffuser and quad exhaust pipes. Inside, the elegance of the E-Class donor car has been spruced up with plenty of metallic highlights, new multimedia interface and driver changeable settings for the throttle and suspension.

The 2013 Mercedes E63 AMG will arrive in showrooms in April for the rear-wheel drive variant, with the 4MATIC versions following in June. 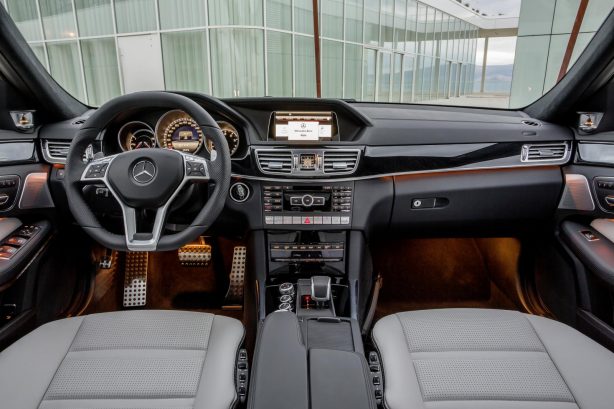 Australian release is yet to be confirmed, the local arm is expected to announce specifications, pricing and dates soon. It is also unclear at this stage whether the 4MATIC version will make it down under.