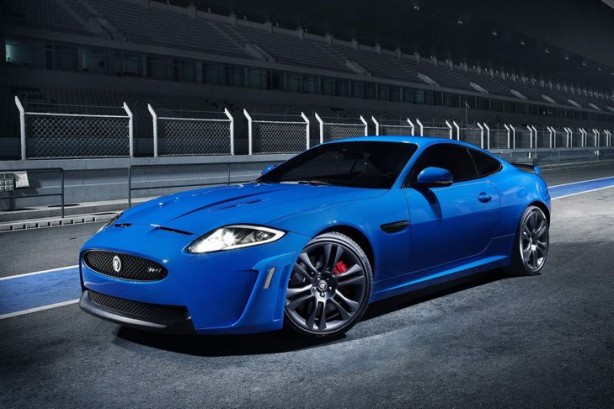 Jaguar’s crowd puller at the 2011 Geneva Motor Show is a new sportier version of its XKR grand tourer. Called the XKR-S, it features an uprated 5.0 liter supercharged V8 engine producing 550 horsepower (405kW) and 680 Nm of torque, earning its right to be the most powerful production Jaguar ever built. 0-100kph is achieved in just 4.4 seconds and top speed is rated at 186 mph (300 kph).

Although the performance figures look rather insignificant compared to the Italians, the XKR-S is sure to post serious threat to its British counterpart, the new 485 horsepower Aston Martin Virage.

The XK range’s highly efficient 5.0 litre V8 supercharged engine has been extensively recalibrated for the new XKR-S, making it the most powerful Jaguar road engine ever produced. Power output has been increased to 405kW and maximum torque now reaches 680Nm, giving the XKR-S a top speed of 300kph with acceleration from 0–100kph in 4.4 seconds.

A combination of lightweight aluminium body construction and revised suspension settings delivers pin-sharp handling and supreme control. The re-engineered front suspension features a fully-machined aluminium upright that significantly increases camber and castor stiffness for precise steering with greater driver-connection and responsiveness. The rear suspension geometry has also been revised for increased camber stiffness, and spring and damper rates have been revised at both ends of the car.

The Active Differential has been reprogrammed to reduce steering sensitivity at very high speed, increasing stability and driver control. The Dynamic Stability Control has also been reworked to match the car’s increased capabilities. Revised settings alter slip thresholds, differential torque distribution and engine and brake intervention levels, allowing the experienced driver to explore the outer edges of performance and handling.

Sports Performance Exhaust
A unique tuning to its Performance Active Exhaust provides the XKR-S with a distinctive and deeply satisfying aural signature.