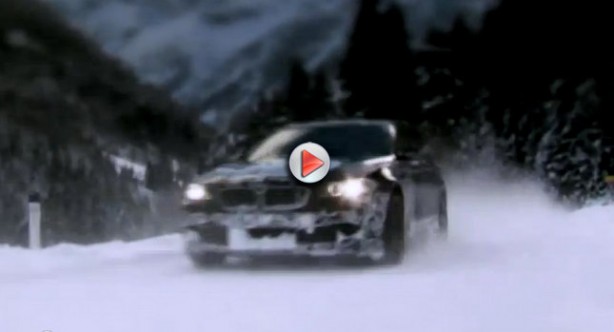 The new M5 will not go on sale until later this year and it has big shoes to fill. Despite its polarising looks, the E60 M5 is arguably one of the best handling and fastest saloon one can buy with more than 2 seats. This notwithstanding the sonorous V10 engine.

BMW’s M Division has decided to give us a sneak preview of what looks like a potent new M5 by releasing an official video online! There is no denying the new car will look much better than the model it replaces. The lightly disguised supersaloon is seen undergoing cold weather testing somewhere in Europe.

The video also features BMW’s M Division boss, Kay Segler who describes the new M5 as “a bold business car that at the push of a button turns into a sports car”

The button in question is of course the ‘M’ button mounted on the steering wheel of all M cars. It activates the most aggressive settings for the engine’s power, the throttle response, steering, dampers and traction control.

As reported in one of our previous articles, the new M5 will be powered by a twin-turbo 4.4-litre V8 engine generating around 425kW of power.

The car is expected to go on sale in Europe by the end of 2011 as a saloon only model.