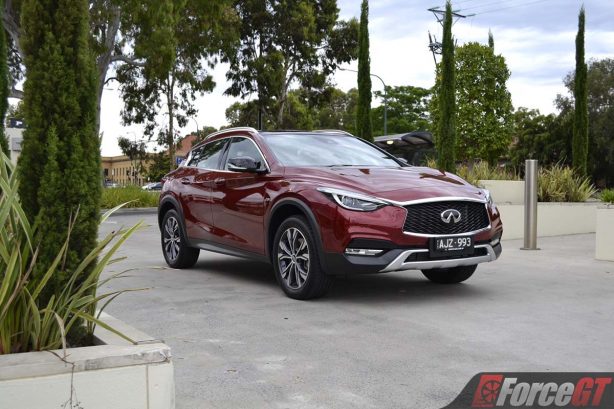 Since jumping into bed together in 2010, the partnership has produced its first progeny in the form of the Mercedes A-Class and GLA-based Infiniti Q30 and QX30 pair. This will be followed by a flurry of others, including Merc’s first ute, the X-Class, which in turn is based on the Nissan Navara.

Infiniti has struggled to gain traction in Australia’s highly competitive market since its much-publicised relaunch in 2012, notching up just 807 sales for 2016 (albeit still a 41 per cent increase compared to the previous year). In comparison, its closest rival, Lexus, shipped 9,027 cars last year. Don’t even get started with the German heavyweights, as they each sell at least 30 times more cars than Infiniti.

It is therefore a massive understatement to say there’s a lot resting on the curvy shoulders of the Q30 and the high-riding QX30 tested here. Happily, the news is a positive one.

Like a good Bolognese sauce, the base ingredient is important and both models are off to a good start, thanks to their Mercedes underpinnings. 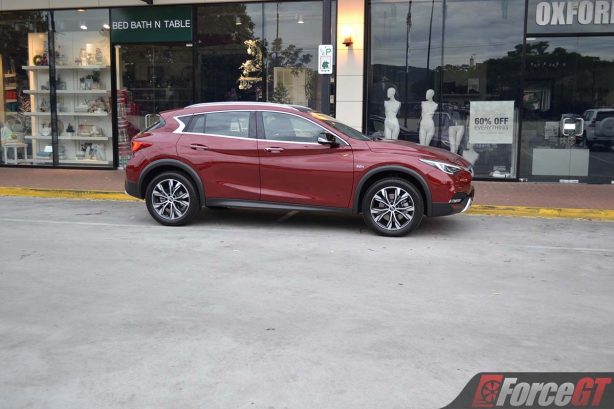 The Infiniti QX30 arrives in Australia in two variants – the range-topping GT Premium tested here priced from $56,900, and the $48,900 entry-level GT, both excluding on-roads.

Both come standard with gorgeous and sensuously styled sheet metal, from the shapely Infiniti grille to the exuberantly curved C-pillars and arching rear hatch, there’s not a bad angle to the QX30.

While the fashionable QX30 isn’t a bona fide SUV, its 55mm higher ride height along with extra body cladding on the wheel arches and front and rear bumpers give the car a tougher crossover look that is all the rage these days. 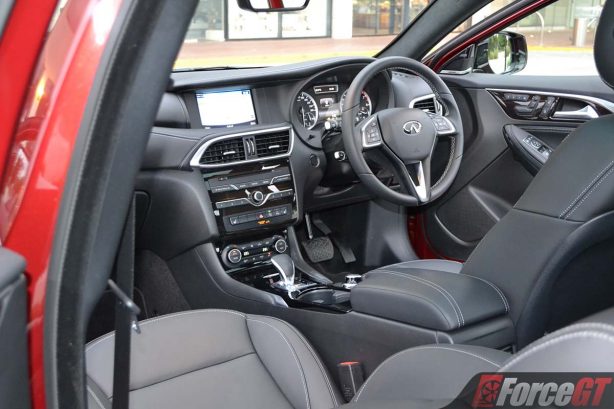 Climb aboard and the QX30’s classy interior impresses although wandering fingers will find some hard plastics on the centre console and doors. Most interior panels are wrapped in lovely leather with double stitching while the black headlining gives the compact crossover a sporty feel.

Interior ergonomics are generally good, except for the electric park brake which is curiously hidden under the dash. It is also a little counter intuitive to use, requiring a push to engage and pull to disengage instead of the other way around.

There are plenty of Mercedes bits in the cabin, too, such as the electric seat controls on the door cards, steering wheel-mounted controls and instrument display. Even the rear parcel shelf and key fob are Mercedes-Benz items. 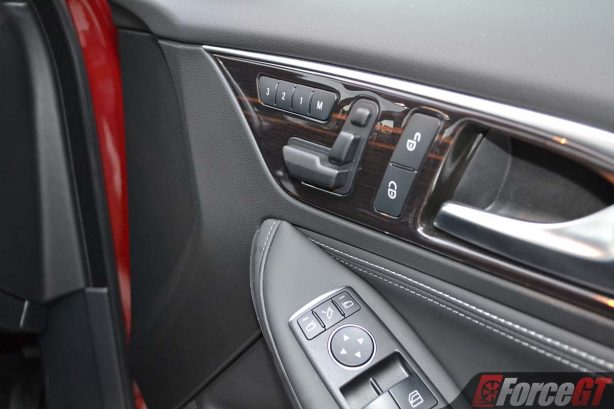 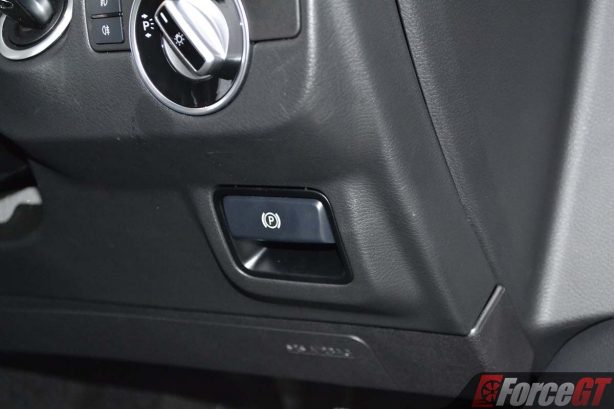 The car’s electric seats are supportive and comfortable with lumbar support for both front pews.

The QX30 will seat four comfortably although the swooping roofline combined with the panoramic glass roof mean headroom is a little tight at the back. The centre seat meanwhile is only really good for occasional use due to the transmission hump, unless it’s somebody you dislike.

Although the QX30 shares the same platform as the Mercedes-Benz GLA, its differing body shape means it is a smidge less practical, with 430-litres of boot space compared to the GLA’s 481-litres. And that is despite having no spare wheel (its space occupied by a subwoofer). Access is via the manual rear hatch or 60:40 split rear seats. You will also need to remove the centre headrest before using the ski hatch.

All round visibility and driving position are good, though the rear windscreen is on the small side. Thankfully, there’s a reverse camera with 360 degree view (curiously missing from the entry-level GT) backed up by reverse sensors. 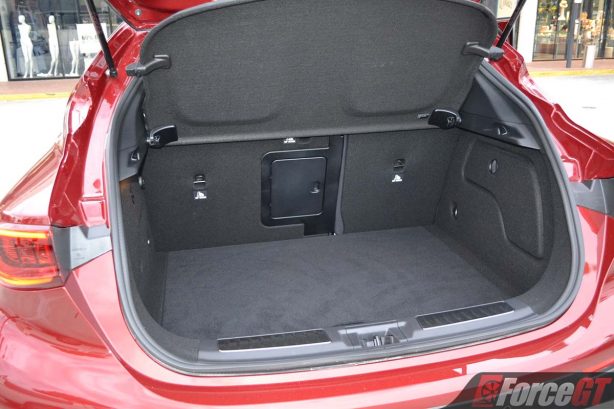 The main let down in the QX30’s otherwise immaculate cabin is the infotainment system. While it is intuitive enough to use – thanks to the rotary dial and touch sensitive screen – its graphics are a little dull and the sat-nav doesn’t have 3D buildings. You also can’t skip tracks via steering wheel controls directly, requiring a deep dive into the music menu in order to change tracks, loosing the digital speedo in the process. 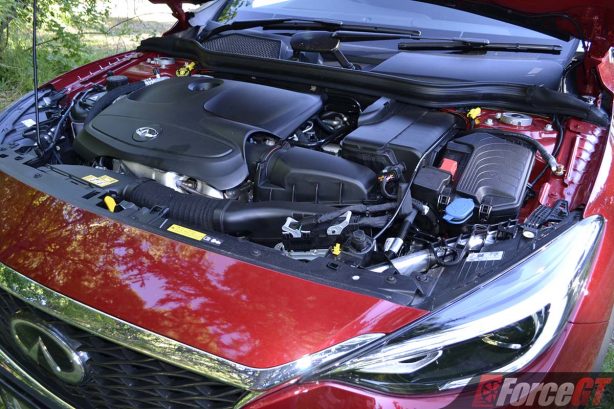 There is just one powertrain option in the QX30 – a Mercedes-sourced 2.0-litre turbocharged four-cylinder petrol with a seven-speed dual-clutch transmission and all-wheel drive. It’s essentially the same engine as the Mercedes GLA 250, delivering an identical 155kW at 5,500rpm and 350Nm at 1,200-4,000rpm.

The drivetrain is smooth with good power delivery and no perceptible turbo lag. We also like the good refinement although engine note is anything but sporty.

The twin-clutch transmission is well calibrated and selects the right gear pretty much most of the time. Disappointingly though, its manual mode isn’t as snappy as expected and throttle response is on the soft side in the default Economy mode (in order to boost economy). It does however improve in Sport mode but that brings with it jerkier gearshifts. 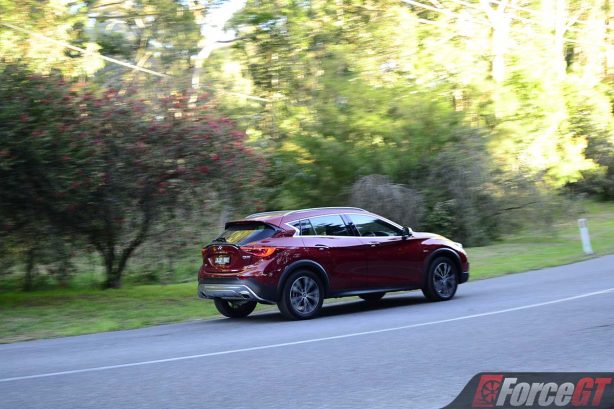 The QX30 tackles broken tarmac with aplomb yet still provide good body control and composure in corners. It’s quiet around town, too.

Driven enthusiastically, its German-engineered chassis feels agile and tight, while steering response is good and even comes with good weighting and a modicum of feedback.

Its brakes are however a little spongy when driven hard but has good pedal feel. 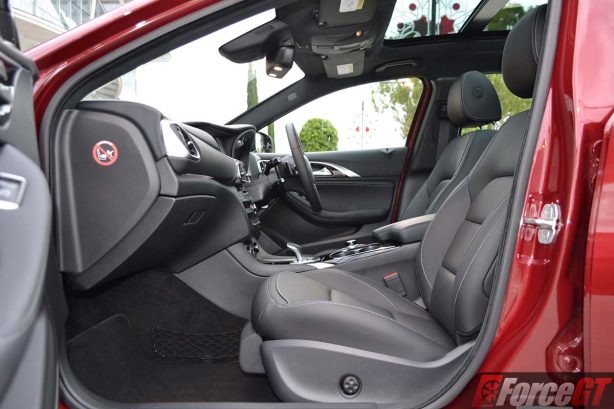 Build quality of the British-made QX30 is generally good, although there’s some minor rattle from the steering column in our test car.

Fit and finish is comparable to other luxury marques, with good panel alignment and a premium feel to most interior fittings and materials (except the stereo buttons which feels a little on the cheap side). 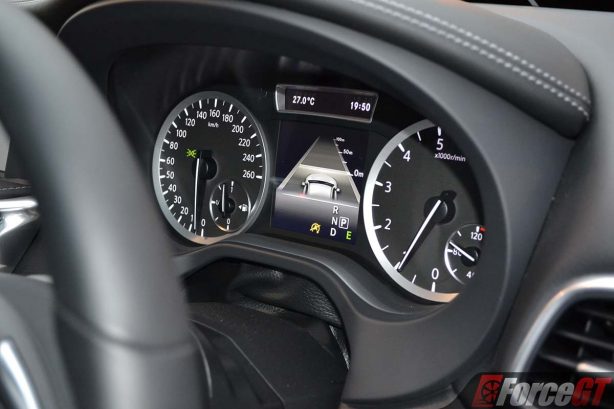 Infiniti claims the stop/start-equipped QX30 will return 6.7L/100km in combined average, or 8.9L/100km on the urban cycle.

Our test average was 11.2L/100 with about 90 percent urban driving, which is on the thirsty side. This could be boiled down to the relatively new engine which had only 1,300km on the clock when we picked it up. Admittedly, we also drove the car hard most of the time. Driven sensibly, we can expect it to drop a litre or so. 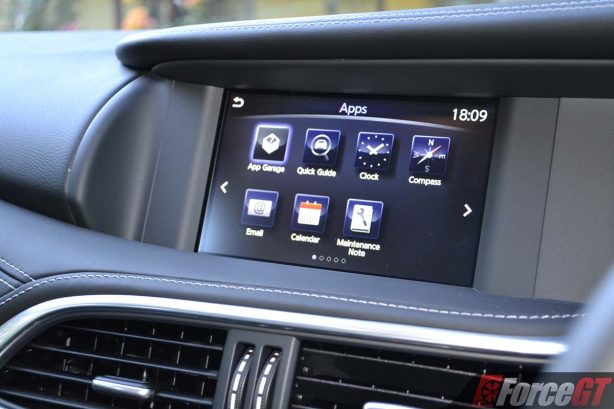 However, an electric hatch opening would be welcomed due to the weight of the rear hatch.

It’s a Mercedes. Only cheaper and better looking.

Infiniti has done a great job is hiding the QX30 Mercedes root. It is infinitely better looking than the awkward Mercedes-Benz GLA on which it is based, but still drives and handles with a degree of European flair.

If any model could lift Infiniti’s profile in Australia, it is the QX30 (and Q30).