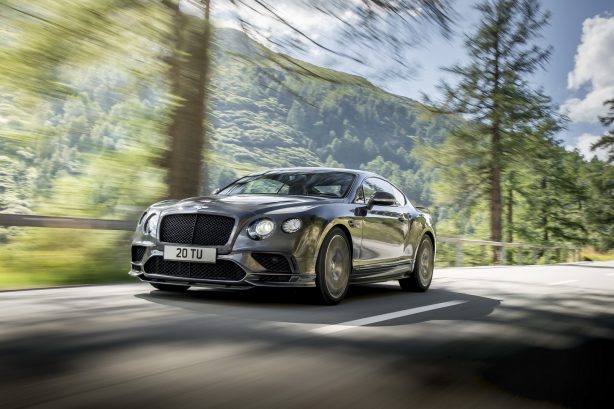 Bentley has unveiled what it bills as ‘the world’s fastest and most powerful luxury four-seater’, the Bentley Continental Supersports.

With figures like a top speed of 336km/h (209mph), 0-100km/h in 3.5 seconds and a mighty redeveloped W12 engine packing 522kW and a potent 1,017Nm of torque, the Continental Supersports would make most supercars burst out in cold sweat. Not surprising then that it is the most powerful Bentley ever, too! 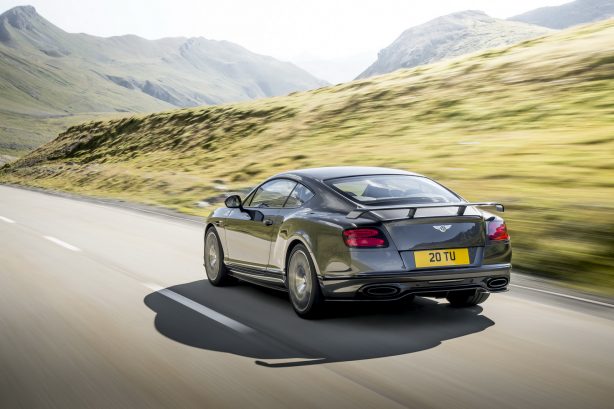 The Supersports also benefits from a new torque converter which locks up faster, allowing the car to make best use of its enhanced torque.

To rein in its immense power, the new Supersports is fitted with high-performance carbon ceramic brakes with enhanced cooling. The brake discs are said to be the largest of their type in the world.

The brakes sit behind lightweight 21” forged alloy wheels, together offering a 20kg weight saving in unsprung mass. A further 5kg can be trimmed via the optional titanium exhaust system. According to Bentley, the Supersports is the lightest-ever iteration of the current Continental GT and lighter than the 2009 four-seat Supersports. Even then, the car still weighs more than 2 tonnes at 2,280kg. 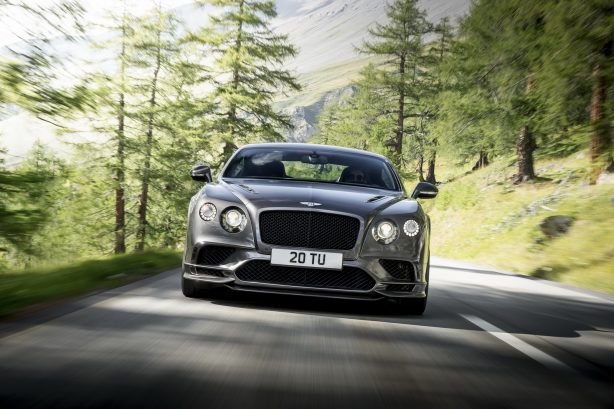 The luxury cruiser retains the rear-biased torque split of Bentley’s all-wheel-drive system, sending 60 percent of the power to the rear wheels as standard but with the ability to adjust the front-rear power split depending on available traction.

Outside, the Supersports features new front and rear bumpers which incorporate a carbon fibre splitter and a diffuser, respectively, new side skirts and bonnet vents made out of carbon. 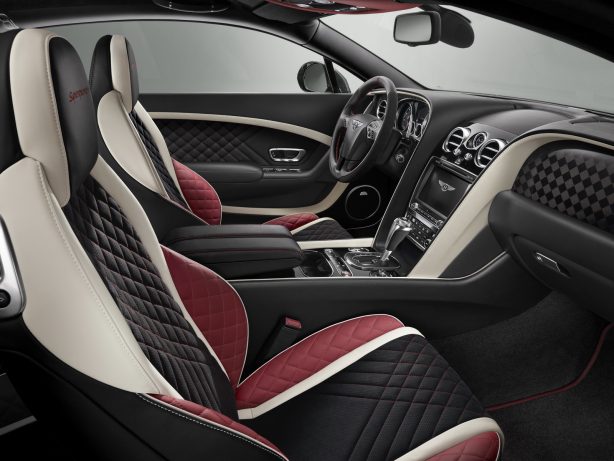 Inside, the interior is finished in a unique tri-tone trim, with a diamond-quilted design applied to the seats and doors panels in Alcantara, while chequered Supersports carbon fibre fascia panels join the existing list of ten veneers and technical finishes available.

The interior is completed by new Supersports emblem stitching and a bespoke Supersports steering wheel and unique gearlever, both featuring Alcantara accents.