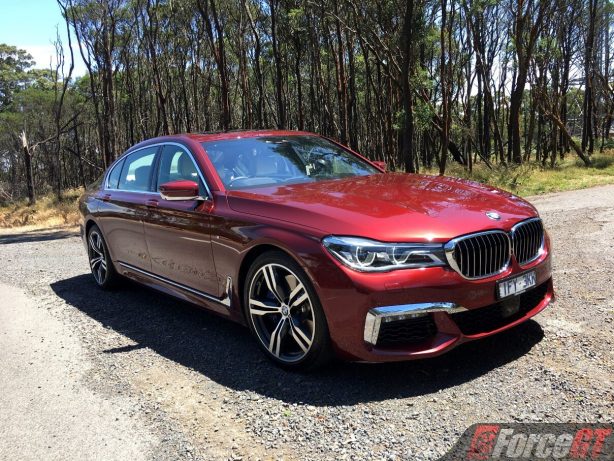 The BMW 7 Series is a very important car for the German car maker. Of course, it’s the flagship of the line-up. But more importantly the 7 Series’ rival is the long-dominant Mercedes-Benz S-Class, a car it’s been aiming to topple iteration after iteration. Now, an all-new sixth generation 7 Series has arrived and from the outset, things are looking pretty good.

Available in 4 variants and offered with standard and long wheelbase, the 2017 BMW 7 Series is lighter than ever before and pushes the boundary of technology even further. A new plug-in hybrid, the 740e, joins the range for the first time under the brand’s iPerformance banner.

Sporting what BMW calls “harmonious proportions”, the new 7 Series design is more of an evolution of the previous model than all new sheet metal. It’s always a challenge when it comes to large car design as it presents such as huge canvas for styling elements but Munich’s latest flagship is a handsome looking car with good, balanced proportion, bold yet elegant lines and lots of startling details. 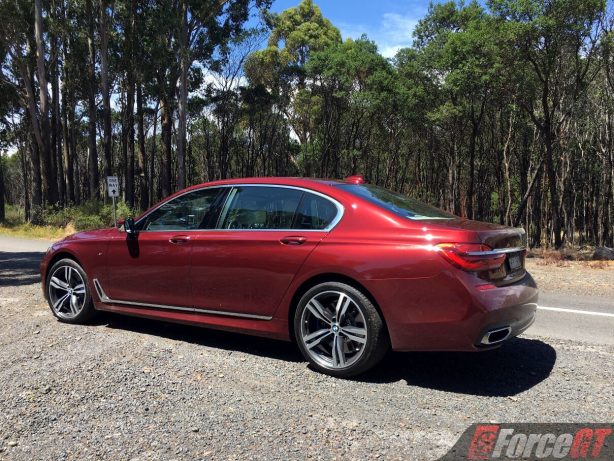 While the new look is refreshing the highlight of the new model is beneath the surface. Using similar production techniques as the lightweight i3 and i8 hybrid models, BMW has managed to trim some 40kg from the 7 Series’ chassis. Coupled with the carbon core architecture which makes extensive use of carbon-fibre-reinforced plastic in the passenger cell, the new 7 is up to 130kg lighter than the model it replaces. In a car’s metric, that’s a significant weight reduction.

A lighter body benefits everything from fuel efficiency and performance to braking and handling. And it shows on the road. We drove the range’s second priciest model, the 750Li and the experience was just sublime. Despite being such a large car – some 5.2m long – the new 7 Series feels a lot smaller than it is. In fact, it drives very much like a one size smaller 5 series. Turn in is eager, direction changes are swift and body roll is very well contained.

In Comfort driving mode, the steering feels light and isolated but Sport mode fixes this by adding more weight, response and feedback, though at times it feels slightly over-assisted for sharp corners. 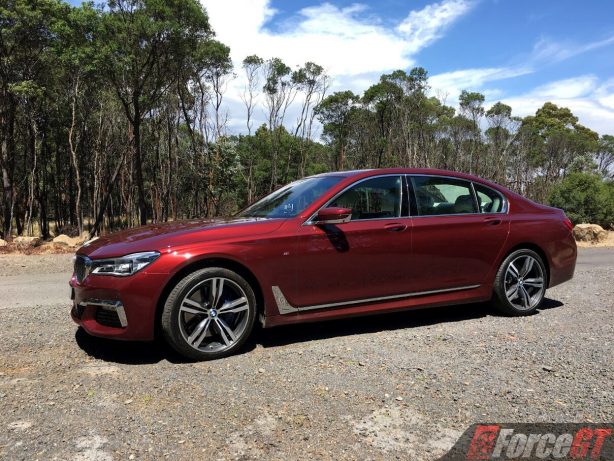 Our 750Li’s air suspension is equipped as standard with Dynamic Damper Control adaptive dampers and Executive Drive Pro that brings automatic electro-mechanical roll stabilisation and anticipatory chassis control using GPS signals and forward facing cameras. To put it simply, the 750Li can anticipate the road ahead and prepare its suspension and chassis for an upcoming corner. And the result is excellent composure and stability. This is a 1.8 tonne limo that is not afraid of hammering hairpins, corners and sweepers much like a smaller car.

The twin-turbo 4.4-litre V8 petrol engine under the long bonnet produces 330kW and 650Nm, enough to propel the sedan from 0 to 100km/h in just 4.7 seconds. There isn’t a slightest hint of turbo lag and it feels as though there’s endless reserve of power and torque. The eight-speed automatic virtually disappears in the drivetrain with its silky smooth and imperceptible gear shifts. 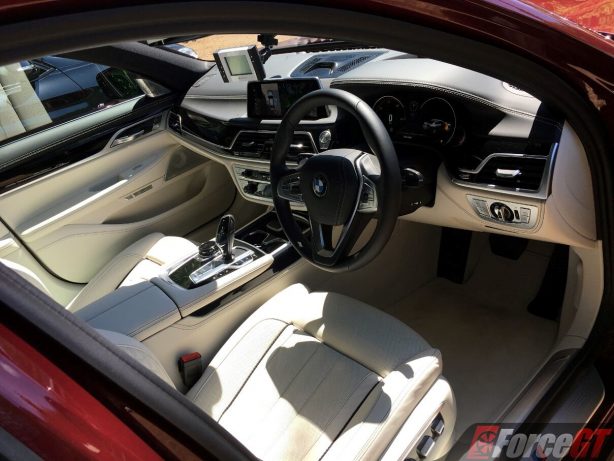 So, the Ultimate Driving Machine brief is upheld. But is it still a 7 Series? Absolutely. The flagship sedan is magnificently quiet, plush and serene in Comfort mode. Regardless of what’s underneath (off road excluding), the 7 Series’ ride quality is incredible. The sense of isolation from the bumps, ruts and ripples on the road is just terrific.

The cabin is truly a wonderful place to watch the world go by. It’s vast and adorned with first rate materials everywhere. As expected from a flagship model, the 750Li is highly specified. Standard features include heated and ventilated front seats, heated armrests, ventilated and electrically operated rear seats, massage function for both front and rear seats, a 16-speaker Harman/Kardon surround sound system, Professional navigation system, gesture control for the iDrive infotainment system, Nappa leather upholstery, adaptive LED headlights with Selective Beam and BMW’s new Display Key, which can be operated at up to 300m away and includes a touchscreen display. 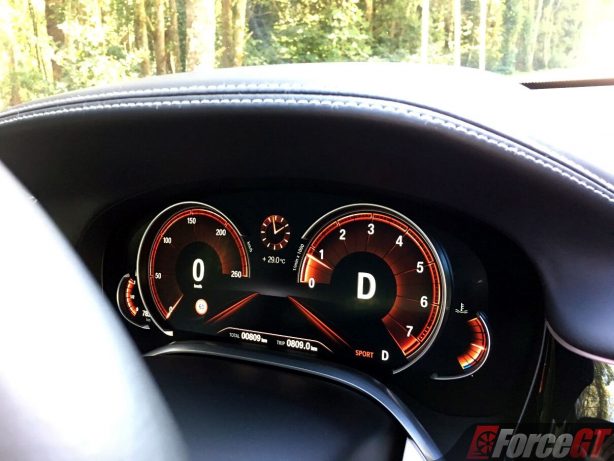 Another new feature is the BMW Touch Command multifunction control unit in the form of a removable 7-inch tablet integrated into the centre armrest or rear console that enables rear seat occupants to control infotainment, communications and comfort functions, as well as surf the internet.

The new 2017 BMW 7 Series is big leap from before in terms of comfort, dynamics and technology. It remains the sportier player in the large premium flagship segment and is in its best form ever to take on the mighty S-Class.