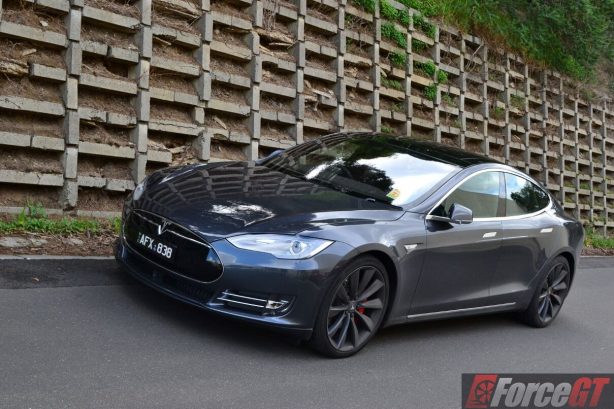 Self-driving cars may still be a few years away, but semi-autonomous driving is well and truly here. One brand that is synonymous with this technology is Tesla. Electric propulsion and ‘Ludicrous’ acceleration aside, the Model S, Tesla’s flagship sedan, has one of the most advanced semi-autonomous driving systems on the market. Tesla calls it Autopilot.

Progressively refined over the years since its introduction, Autopilot-equipped Tesla Model S is able to steer, switch lanes, manage speed and brake all on its own. Depending on situations, it can even ‘follow’ the car in front. A precursor to driverless personal transportation? No doubt. 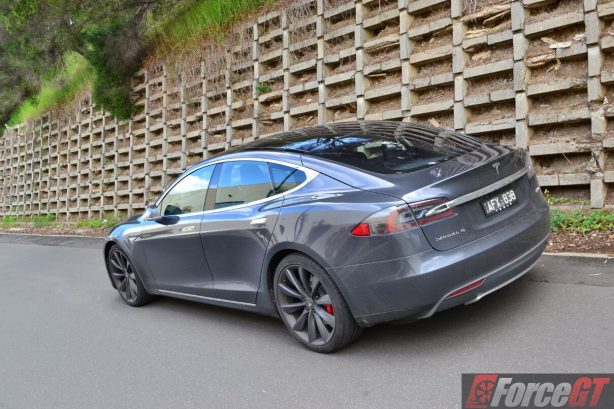 Autopilot uses a combination of forward radar, a forward-looking camera and 12 long-range ultrasonic sensors to ‘see’ the road ahead and map out its surroundings. The data collected from the sensory equipment is fed into an ultra-fast computer processor where all the magic happens. In the ‘brain’ of the Autopilot, real-time images of the environment ahead is studied, segmented and processed, with objects of interest detected and differentiated, line markings and pavement identified and amplified, and a holistic path of travel computed. The ‘eyes’ of the Tesla can even differentiate between day and night (without relying on light sensor), pick out speed signs and the type of road surface it’s travelling on. In fact, the system is already capable of ‘reading’ traffic lights and road markings (such as turn arrows); Tesla is just waiting for the right time to deploy the technology.

It might have taken you a good half a minute or more to read the above, but amazingly, all those are processed within a billionth of a second in the computer chip. And the vendor behind the magic act of Autopilot? Mobileye, of course. This is the company that brought us safety systems like forward collision warning, lane departure warning and pedestrian detection common in today’s new cars. 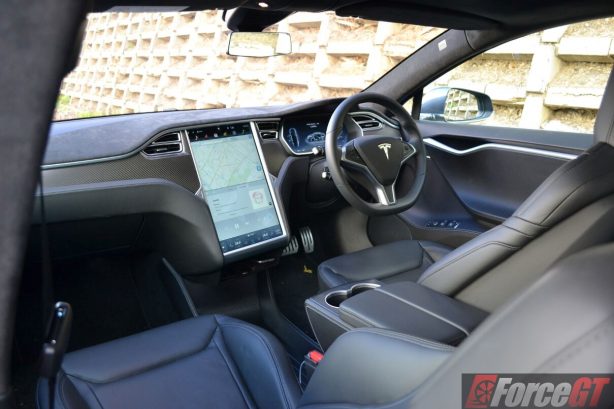 While the Mobileye computer chip takes care of driving, its work – what it sees and how it’s tracking – is presented to the driver through a fully digital cockpit by another processor. The crisp 3D real time rendering of dynamic lane markings and vehicle detection is made possible by a powerful graphics processor made by none other than NVIDIA, the same company responsible for Audi’s Virtual Cockpit and BMW’s Dynamic Digital Instrument Display, or if you’re a gamer, the XBOX’s graphics engine.

So, just how effective is Tesla’s Autopilot in the real world? To put it simply, you can literally travel as a passenger in the driver seat from Melbourne to Sydney, if and IF the safety interlocks are all disabled. I’m talking about having to place your hands on the steering wheel every couple of minutes or so, or have at least one hand on the wheel while initiating automatic lane change.

On the freeway, the system is almost flawless. Set the desired cruise speed and distance from the car in front and the Tesla will take over driving, keeping it within the lane, maintaining safe distance from any vehicle ahead and braking when necessary. Unlike some active lane assist systems which only steer when you get too close to the lane marking and work for up to 30 seconds, Autopilot constantly traces the road to ensure the car is dead centre in the lane, and works for a good 3-4 minutes before asking for your hand on the steering wheel (not that I encourage total hands-off driving).

If the road curves to the extent that manoeuvring it at the set speed isn’t possible, the car will automatically slow to a speed suitable for the bend, before the corner. Of course, too tight a curve will defeat the system (which is why it isn’t fully autonomous, yet). 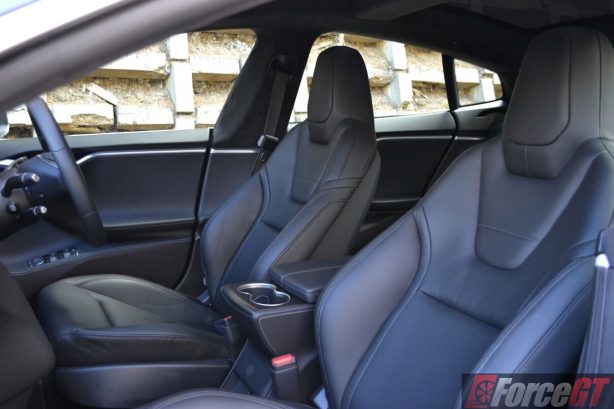 Lane change is simple. Have one hand on the wheel, activate the indicator, and the car will carry out a smooth lane change when there’s a safe gap in the adjacent lane. As soon as the car begins the procedure, you can hands off the wheel. Once you’ve crossed over to the new lane, you can turn off the indicator. To continue changing to the next lane, simply leave the indicator on.

One thing that surprised me during the test is the system’s ability to differentiate between broken and solid lane markings, and prevent lane change on solid line even if you ask for it. Another time when I was driving along a stretch of freeway with altered lane markings due to road works, where traffic is to obey yellow lines instead of white lines, the Tesla was clever enough to follow the correct markings. How impressive. 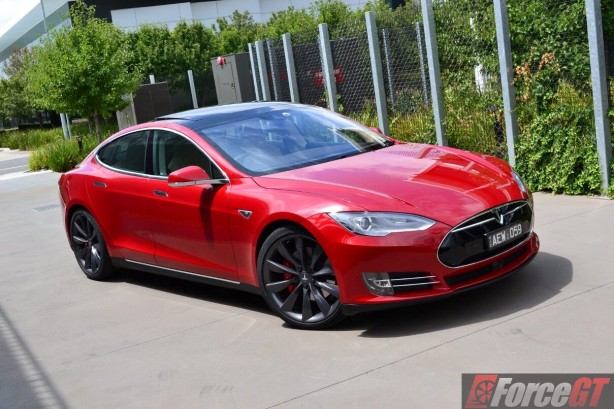 As the Model S is propelled solely by electric motors, speed is regulated with pinpoint accuracy, no matter what the landscape is. The Autopilot’s ability to read speed signs (it even managed to detect temporary construction speed signs) in real time means cruise control can automatically adapt to the speed shown on the sign, the instance it’s activated. You can also set how many km/h ‘over’ or ‘under’ you want the set speed to be in relation to the speed limit. Cool stuff.

While Autopilot lets you relax on the freeway, it can also take the stress out of bumper to bumper traffic. Using the same auto-driving methods of safe following distance, auto steer and auto brake/accelerate, the Tesla can take care of the rush hour slog while you read the papers (literally). The system is smart in the way that it can follow a car in front when there’s no well-defined lane marking, at an intersection or roundabout for example, though this seems to be the Autopilot’s ‘last resort’. 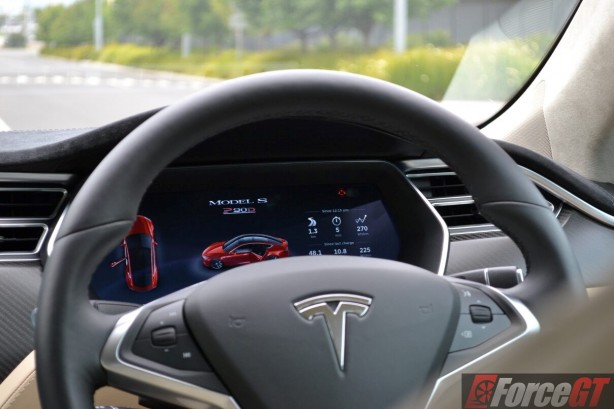 The system is not without its gripes, however. In congested urban areas or narrow roads, Autopilot can get confused, misinterpreting something else as lane marking (can be dangerous), following a referenced vehicle into a wrong path or reading speed signs incorrectly. There was a time during testing it failed to apply the brakes when approaching a stationary vehicle on a slightly curve road. But, as Tesla puts it, Autopilot is not designed to replace the driver completely; its function is merely to provide driving assistance, and driver is still required for regular monitoring. In other words, if you crash your Tesla, you are responsible.

Having said that, with each update of the software (carried out over the air), Autopilot is approaching zero tolerance for mistakes. The system is also constantly learning and improving when in operation. All in all it’s nothing short of a technological marvel and I can’t wait for the next and final milestone – fully autonomous driving.