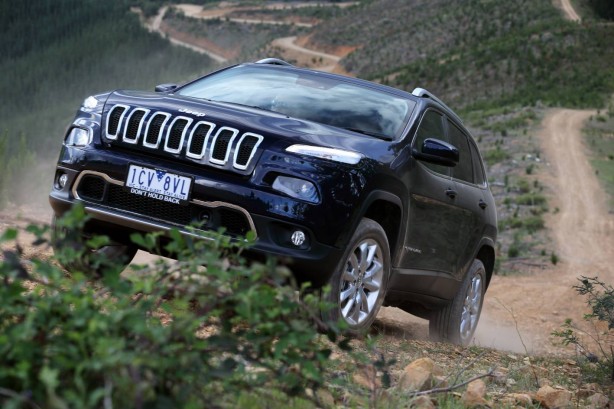 The Jeep Cherokee is the latest entry to join the burgeoning compact crossover segment brimming with rivals such as the Mazda CX-5, Nissan X-Trail, Ford Kuga and Volkswagen Tiguan.

Launched in mid 2014, the line-up has been further strengthened by the arrival of a diesel variant earlier this year. The new 2.0-litre turbodiesel model joins the 2.4-litre four-cylinder and 3.2-litre V6 petrol engine, which, on paper, seems to offer the best fuel economy in the range without compromising on power.

The new Cherokee Diesel is offered exclusively in the top-spec Limited trim, and now lobs the petrol-powered Trailhawk bush-basher off the top spot to be the new range topper, with a sticker of $49,000 plus on-roads. 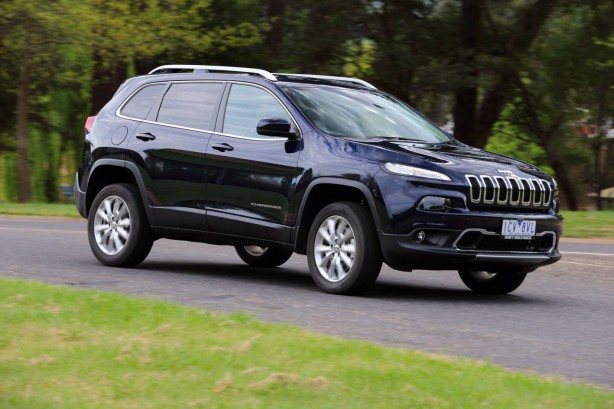 Save for a few badges announcing its preference for the brown propellant, the Cherokee Diesel’s outlook is identical to its petrol-powered counterpart. It gets all the goodies offered in the Limited trim, these include 18-inch alloy wheels, Xenon HID headlights with washers and automatic levelling, and polished chrome accents in the front bumper.

The Cherokee’s distinctive styling is sure to stand out on the road, but some may find the unusual front fascia a bit unsettling. We, however, find ourselves growing to like it after a while. 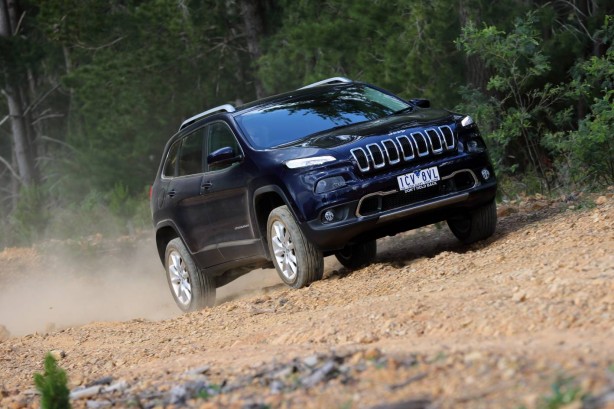 The Cherokee offers comfortable seating for five, with decent head and legroom for all occupants. The front row seats provide good support and are very comfortable over long journeys. Storage compartments are plenty, there’s even one hidden under the front passenger seat.

Where the Cherokee trails its rivals is in rear cargo space. The boot isn’t the deepest, and with its shallow floor, carrying capacity is limited. However, the space opens up easily as not only the rear seats can be folded flat, but the front passenger also folds flat.

The 2.0-litre turbo diesel engine under the chiselled bonnet delivers 125kW of power and 350Nm of torque and is equipped with automatic Stop/Start technology that helps keep fuel consumption to a frugal 5.8L/100km (claimed).

It’s down on power output compared to both the 132kW 2.4 four-cylinder and 200kW 3.2 V6 petrol engines, but reigns in torque. It also has the highest braked towing capacity at 2,393kg. So, for the caravan junkies, the choice is clear.

The engine is paired with the segment’s first nine-speed automatic transmission and drives through Jeep’s Active Drive II 4WD system, which features a two-speed power transfer unit with torque management and low range unique to the diesel powertrain.

A new rear axle disconnect function activates when four-wheel-drive capability is not required, which is claimed to reduce energy loss, improving fuel efficiency. 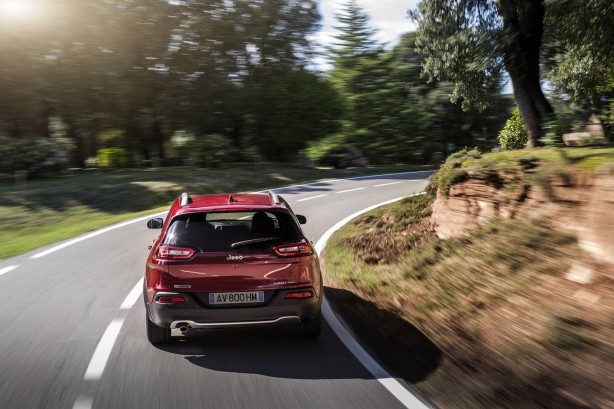 Off the line, the Cherokee diesel possesses the same swift response as the V6 petrol, riding on a continuous surge of torque from down low in the rev range.

However, the drivetrain is rough at low speeds, lacking the kind of refinement we expect from today’s modern diesel engines. And with a sub-$50k price tag, the Cherokee diesel ought to be doing a lot better in this department.

Thankfully, much of the unpleasant diesel clatter is banished to the outside of the cabin. The ZF nine-speed auto seems a good match for the torquey diesel, though some gear changes are not as fluid as the petrol’s. 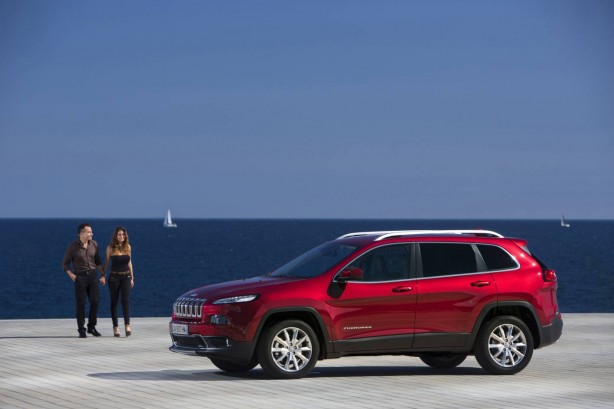 Jeep has developed new front and rear independent suspension systems for the new Cherokee. All models including the diesel, are now equipped with frequency-sensitive damping shock absorbers that automatically adjust to road undulations. There’s also a new body structure made extensively from high-strength steel to deliver greater levels of torsional stiffness.

Like the petrol variant we sampled last year, the Cherokee diesel’s car-like ride quality strikes a good balance between comfort and handling, soaking up bumps and ruts smoothly while leaving just the right amount of firmness for a sporty feel. Around the bends, it is a tad more nose heavy than its petrol-powered counterpart due to the heavier diesel mill up the front, but still tautly composed for a high-riding SUV.

The speed-sensitive electronic power steering automatically adjusts for limited effort at low speed or during parking, gradually firms up as speed climbs. It’s precise and progressive although feedback is a bit limited. 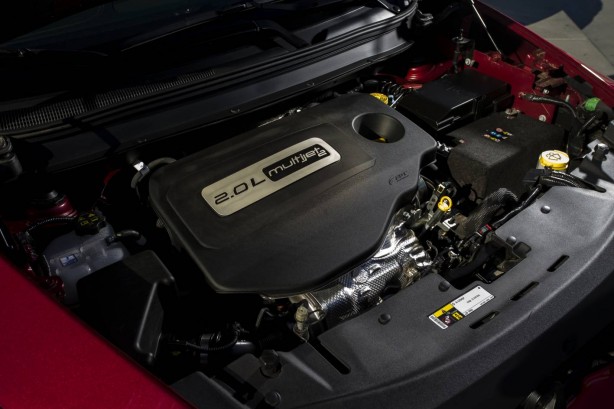 The addition of a low range gearbox certainly makes the Cherokee diesel more capable in the dirt than many of its softer rivals, offering remarkable off road ability with good traction and proper torque distribution to the wheels in all but the trickiest terrain.

Over our week long test covering a fair split of city and freeway driving, the Cherokee diesel managed to return a combined fuel economy average of 7L/100km, a significant 3 litres thriftier than the V6 petrol we drove, but still a far cry from the 5.8L/100km claimed by the brochure.

The top-spec Jeep Cherokee Limited Diesel can do with a more polished drivetrain, but it impresses with good on and off-road prowess.

It also manages to present itself as a stylish, well build and well equipped mid-size SUV that stands out in a very tightly contested segment.

But, whether or not its $5000 premium over the Cherokee V6 Petrol Limited is justifiable is a different story. Let’s not forget, the larger and more practical Grand Cherokee Diesel Laredo can also be had for not much more.