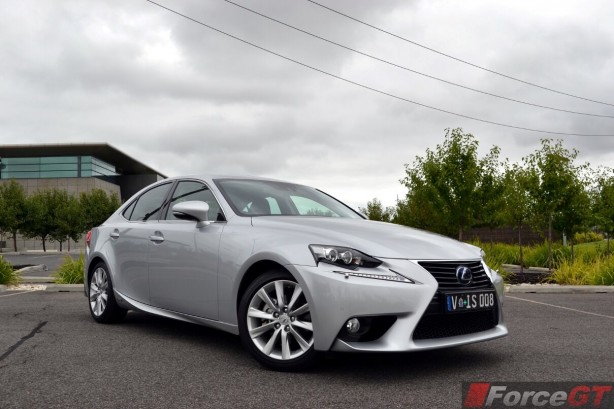 The Lexus IS 300h completes the last piece of the jigsaw in the Japanese premium marque’s hybrid offerings. Every model in the Lexus’ line up now has a petrol-electric variant, as the brand hopes for hybrid models to make up half of its total sales.

The IS 300h is the first ever hybrid model in the IS range, aimed at taking on its diesel rivals in the luxury compact executive segment. Lexus still firmly believes that hybrid is the way forward for good fuel economy and low emissions, staying away from diesel engines which it considers to be a sin to refinement. 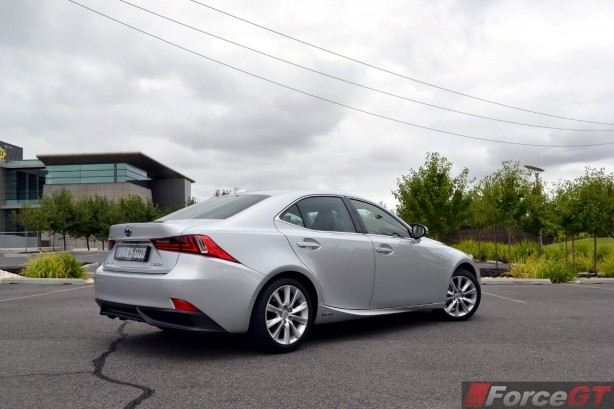 Most people think German when shopping for a compact executive, so being somewhat different is important to Lexus. Now in its third generation, the IS has grown from a humble alternative to the likes of BMW 3-Series, Audi A4 and Mercedes-Benz C-Class, to a full fledge competitor in the segment. If there is one car from Lexus that the Germans have to worry about, it’s the new IS.

It’s not surprising because this new IS is distinctively good looking. Some people might be unsettled by its jarring spindle grille and the sloppy taillights, but being polarising is exactly what Lexus wanted to achieve with the new IS design. It makes people take notice, and that, the IS has succeeded.

The new car is longer than the previous model, with a wheelbase stretched by some 70mm, thus improving rear legroom. Lexus has always excelled in cabin quality and the new IS is no exception. Materials are first rate, the leather is lavish and fit and finish is flawless.

Lexus has reworked the driving position in the new IS and it’s immediately evident as soon as you sink into the incredibly comfortable first row seat. You sit low and you get this sporty feeling as if you are in a sports coupe. 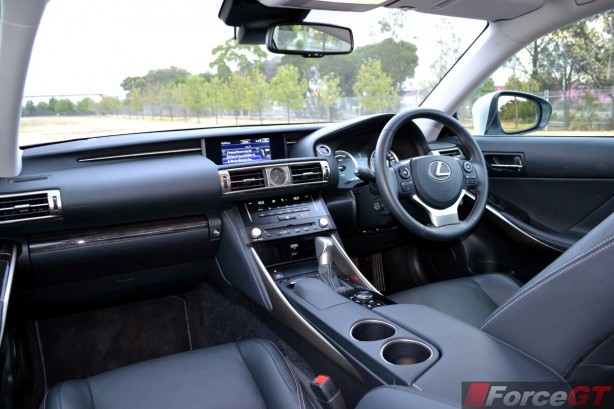 The new hybrid powertrain in the IS, called Lexus Hybrid Drive, consists of a 2.5-litre four-cylinder 133 kW Atkinson cycle petrol engine paired with a 105 kW electric motor. Combined, they channel 164 kW of power and 221 Nm of torque to the rear wheels through a continuously variable transmission (CVT).

Like all Toyota / Lexus hybrid system, the engine in the IS 300h runs on the Atkinson combustion cycle for better fuel and thermal efficiency. It also features Exhaust Gas Recirculation, where some exhaust gas is captured, its temperature stabilised, and then sent back into the cylinders to minimise the pumping losses (the work required to move air in and out of the cylinders). This helps to reduce emissions levels.

The electric motor gets its power from the Nickel-Metal-Hydride battery pack, which is tucked underneath the rear cargo deck for better weight distribution. However, this also means boot space is slightly compromised – 450 litres compared to 480 litres in the non-electric IS 250 or IS 350. 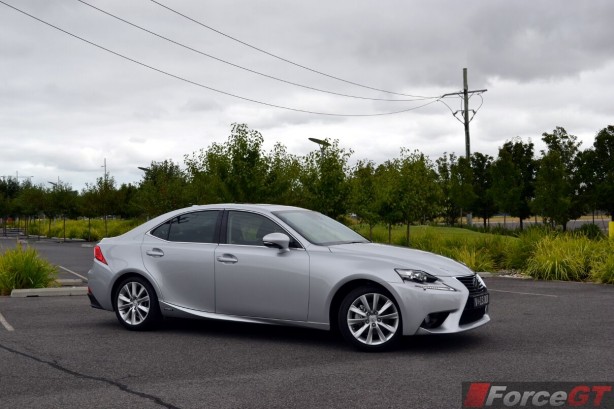 As you start off in the IS 300h by touching the throttle, electricity provides the initial noiseless propulsion during light acceleration. As you demand for more power, the petrol engine kicks in so both power sources work together for added acceleration. There is adequate grunt to move the 1,720 kg sedan through the daily commute to and from work, plus some reserves for swift overtaking. 0-100 km/h is achieved in a respectable 8.5 seconds (tested).

Perhaps the most impressive thing about the hybrid drivetrain is how seamless the transition is from pure electric power to petrol-electric. There is barely a hint when the engine starts up. Coupled with the CVT, the drive is superbly relaxed, refined and smooth, something a diesel just cannot achieve.

At cruising speeds, the petrol engine is the main power source with the electric motor supplementing when more power is called for. Each time you lift off the throttle or apply the brakes, regenerative braking recharges the battery. As with typical hybrids, the brakes in the IS 300h are inconsistent and lack feel because of regenerative braking. 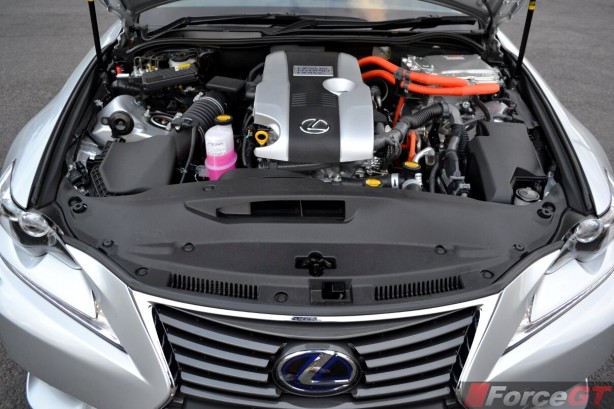 In a quest to outdo the 3-Series for dynamics, Lexus has increased the torsional stiffness of the new IS with stiffer anti-roll bars at the front axle and redesigned the new multi-link rear suspension setup for more grip. As a result, the chassis feels very well balanced with a slight understeer characteristic dialled in for safety. It’s composed around the bends. There is good feedback from the steering, too.

The CVT however, does the car no favours for driving experience. While it’s seamlessness is a requisite for refinement, it does rob the car of some fun and connection. Even in manual mode, the shifts are reluctant and vague.

Over a week of testing with about 70 percent urban driving, our IS 300h’s average fuel consumption figure of 6.2L/100km is just over a litre higher than the claimed 4.9L/100km. That’s comparable to a diesel, but you get much better refinement and lower emissions. With more conservative driving, it’s not hard to hit the mid fives.

The $59,500 list price (excl. on-roads) for the IS 300h Luxury (as tested) buys you lots of kit including sat nav, Bi-Xenon headlights, keyless start, full leather upholstery and a Mark Levinson premium audio system with DAB tuner. It is also cheaper than all the German diesels in the segment, but beaten by its fellow Japanese rival, the Infiniti Q50 diesel.

The Lexus IS 300h is a viable alternative to the diesel offerings of its rivals. Its good fuel economy is matched by a quality cabin, outstanding refinement and impeccable reliability.

Serenity it does have, but at the expense of driving engagement, due to the uninspiring drivetrain. And that is still a key problem with the Lexus hybrid.