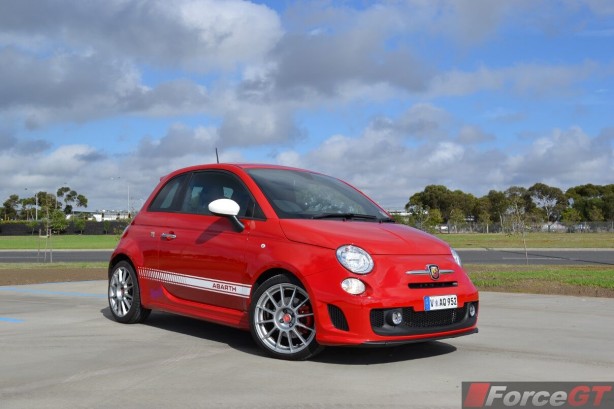 The last time I took a second look at a city car was when a P-plater zoomed past in a white Audi A1 with the registration plate “THX-DAD”. I thought to myself: “Lucky Girl”.

Most city cars are about as interesting as a phone directory. But not this one. Based on the iconic Fiat 500, the Abarth 500 EsseEsse (pronounced ‘SS’) is a performance version of the chic Italian urban runner complete with an exclusive bodykit, stiffer suspension and lots of extra power.

Relaunched in 2007, Fiat’s performance arm, Abarth, never really took off until the arrival of the 500 cooking model, which is easily one of the most exciting Fiats of late. It packs a 1.4-litre turbo four-cylinder engine punching out 118 kW of power and 201 Nm of torque. Drive is sent to the front wheels through a five-speed manual gearbox. 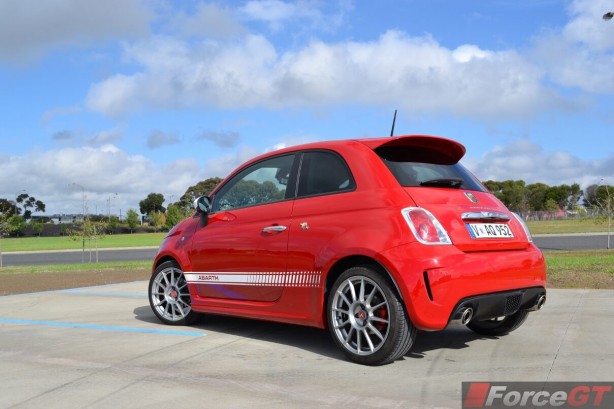 Costing $34,990, the Abarth 500 EsseEsse is expensive for a small car – more than twice the price of a standard 500. But if you are willing to part with almost the same amount of coin that will get you a Ford Focus ST, you do get something rather special and exclusive.

The racier and wider front and rear bumpers, as well as the beefier side skirts and rear spoiler, totally set the Abarth-badged 500 apart from its Fiat cousin. The car hunkers down with its lower ride height, and the 17-inch multi-spoke alloy wheels are pushed right out on all four corners, giving it the aggressive look to match its go-faster stripes.

There are even cross drilled brake rotors all round (the rears are probably one of the smallest and cutest cross drilled rotors I have ever seen), and boy do they look fantastic!

Abarth’s famous scorpion badges are plastered around the car to further stress that this is not your standard Fiat 500. Attention it does get, lots of it. The last time I have driven a small car that turned as many heads was when I left my latte on its the roof as I drove down a busy street. The Abarth, however, does it all on looks. 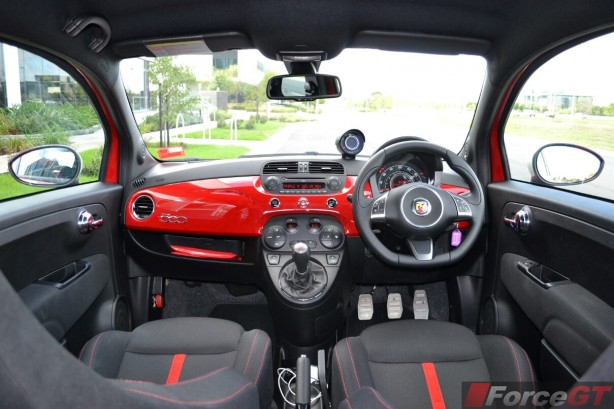 Most of the money, it seems, has been spent on performance and driving experience. Your first taste of its potential comes from that vocal exhaust rort as you turn on the ignition. Work your way through the gears with the light clutch pedal and you will start to appreciate the engine’s eagerness to rev once the turbo spools up around 3000rpm. 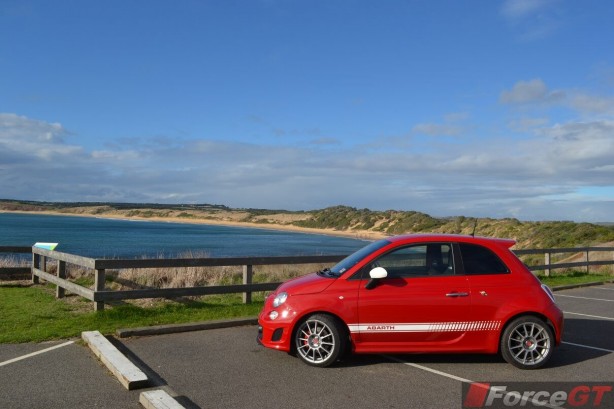 In a straight line, the Abarth 500 managed to chew its way to 100 km/h in 7.4 seconds. It’s not exactly fast on paper, but it feels quick thanks to that lively engine and its feather light 1,035 kg kerb weight.

Fitted with a sports suspension, the Abarth 500’s ride is, without surprise, very firm. On good roads, it’s not so much of a problem, but on bad ones, it’s jiggly and almost harsh. There is also a bit too much tyre noise coming from those super low profile rubber. 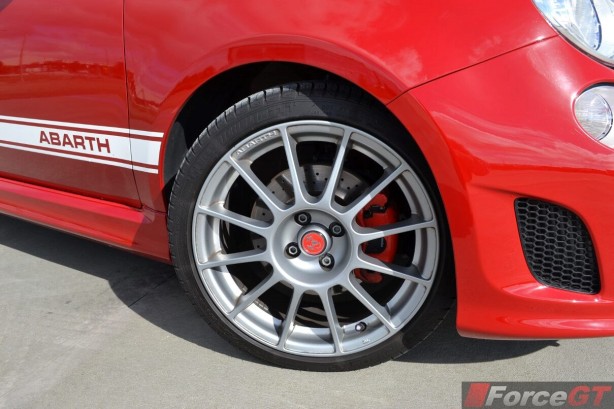 The borderline uncomfortable ride can be unsettling for some, but it’s the sort of thing that a hot hatch buyer will not normally complain if the trade off is lots of fun in the bends. And that, the Abarth 500 packs a bunch.

On tight twisty roads, the little Fiat scrambles all its might to nail all four tyres on the black top with great composure and utmost grip. Tuck the steering wheel for a sharp turn in and the 500 obeys without much hesitation. The uprated brakes offer plenty of bite right from the top of the pedal and stand up well against heavy punishment.

There’s no doubt the fun is almost addictive as you slingshot Abarth’s latest pocket rocket from corner to corner. But get closer to its limits and it starts to feel a bit ragged edge and the front end begins to lose its precision.

In Sport mode, the throttle is sharpen and the steering gets extra weightage, but the feel remains artificial. There’s also a Torque Transfer Control (TTC) system designed to quell wheel spin and it works well, especially during hard launches. 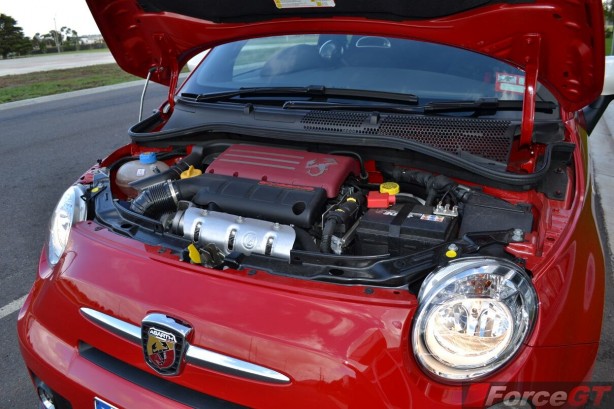 In terms of practicality, the Abarth offers adequate headroom and legroom for the front row occupants. There is proper rear seating for two adults at the back, although rear legroom can be an issue for larger adults. The 185 litres of boot space are tiny compared to the competition. Even with the rear seats folded down the Abarth only managed 550 litres.

Driven sedately, the Abarth 500 is capable of decent fuel economy, but hammer it around and it will make no apology at the bowser. Over our test period, it managed 7.2L/100km, against an official combined figure of 6.5L/100km.

Standard features in the 500 can be more generous considering its high price. While it has all the essentials including, climate control, bluetooth and CD/Mp3/iPod audio system, it misses out on leather seats, auto wiper, auto headlights and cruise control, all of which comes standard in its key rivals.

It’s been a long time since I last felt so eager to get into a small city car every morning. The Abarth 500 EsseEsse puts a smile on my face for two things: the way it looks, and the way it drives. Yes, there are dynamically superior hot-hatches out there, but none feels as special as the little Fiat.

For fun-factor, the 500 EsseEsse has it all. Just don’t expect it to be particularly comfortable or well equipped.