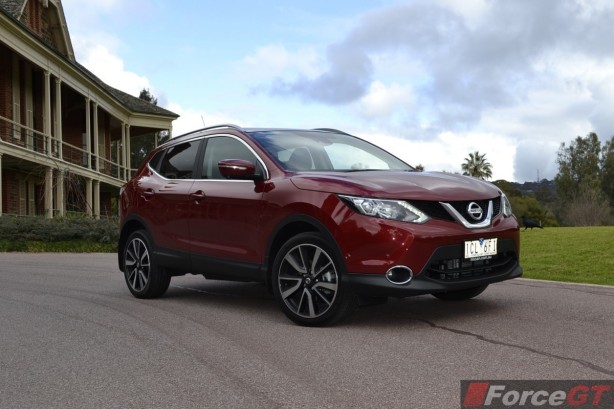 That’s likely to be the first reaction you get when you introduce the new Nissan Qashqai (pronounced cash-cai) to your friends.

Yup. That’s going to be every one’s reply.

Fear not. Behind the new clumsy global name now adopted by the Dualis replacement model, the smart looking SUV is actually as good as it looks.

Available in four trim levels and powered by either a petrol or diesel engine – the latter available for the first time in Australia – the Qashqai lineup kicks off with the $25,850 ST petrol manual and works its way up to the $37,990 TL diesel with Xtronic CVT auto. 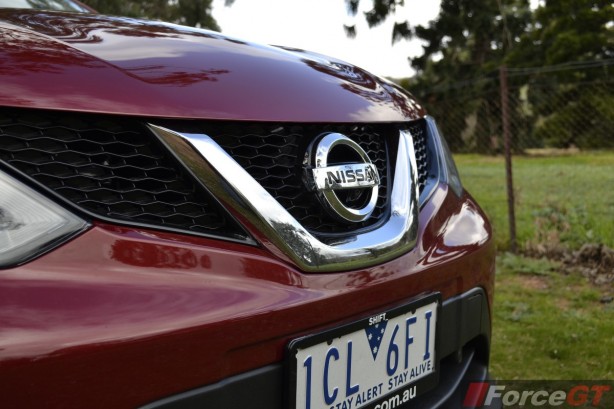 Designed by Nissan Design Europe in London with input from Japan, the Qashqai sports Nissan’s now signature V-motion grille and sharp headlights design. Its clean lines are broken by powerful curves and bulges to give it an unmistakable SUV look. 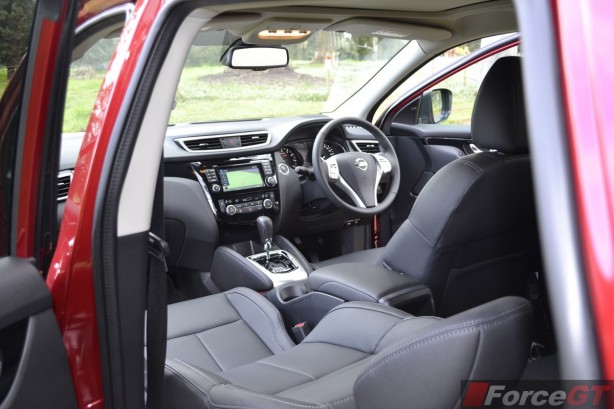 Inside, the cabin receives the same classy treatment as the bigger X-Trail, with gloss black trim on the centre console and slender air vents surrounded by metallic accents.

The car’s dashboard is wrapped in fake leather that not only looks convincing but gives a soft-touch feel on the dash, transmission tunnel and doors. 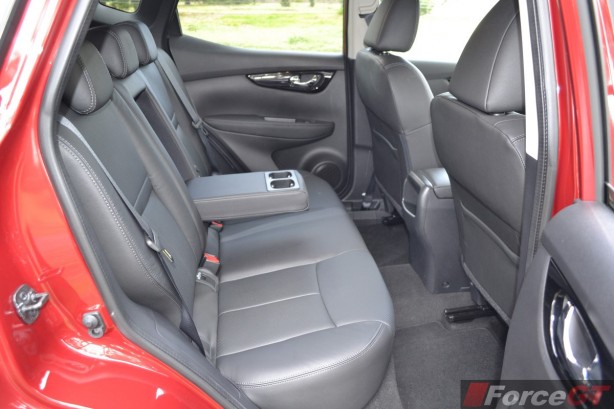 Underneath the all-new Qashqai’s sleek body is the same CMF (Common Module Family) platform that underpins the new X-Trail. It will eventually spawn 14 models across the Renault-Nissan Alliance in the near future

Developed in conjunction with Renault, it is up to 40kg lighter than the outgoing model while dimensionally, the new car is fractionally lower and wider.

Versatility is key to an SUV and Nissan has successfully created an interior that is both practical and flexible. The boot, for example, not only yields 430 litres of luggage capacity (an improvement of 20 litres over the previous model and 35 litres more than a VW Tiguan) with the rear seats in position, but also includes a pair of floor panels lined with carpet on one side, and coated with slip-resistant plastic on the other. 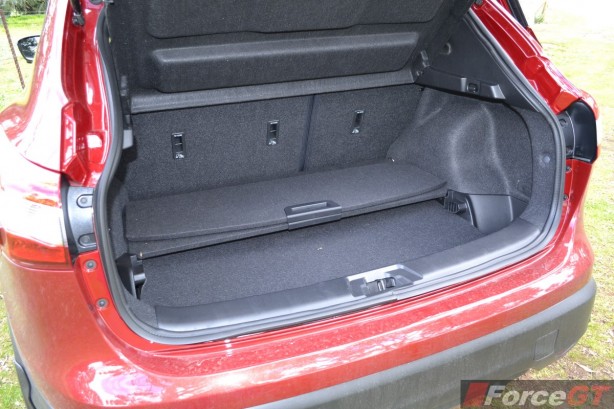 They can be raised, lowered or flipped in up to 16 possible configuration to either maximise luggage volume or provide a full flat floor with the rear seats folded. Among the configurations is an under-floor storage option to keep valuables out of sight.

Load space flexibility has also been improved with a tailgate that now opens 230mm higher.

Inside, more head and legroom have been liberated, thanks to clever packaging. The front seats are both comfortable and supportive while the rear bench is isn’t far behind either. 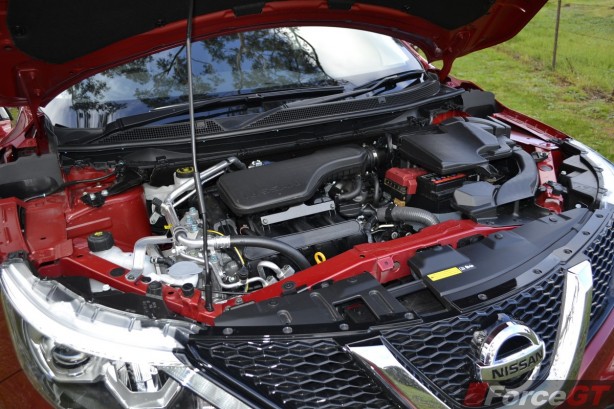 The Qashqai is now available with both petrol and diesel engine options in Australia, both driving the front wheels.

The ST and Ti (as tested here) share a 2.0-litre MR20DD naturally-aspirated, direction injection petrol engine that delivers 106kW of power at 6,000rpm and 200Nm of torque at 4,400rpm. They are paired with either a six-speed manual or Nissan’s Xtronic Continuously Variable Transmission (CVT).

Its performance isn’t going set your pulse racing, with Nissan claiming 11.3 seconds to 100km/h from a standstill, but it is delivered smoothly and with ease. 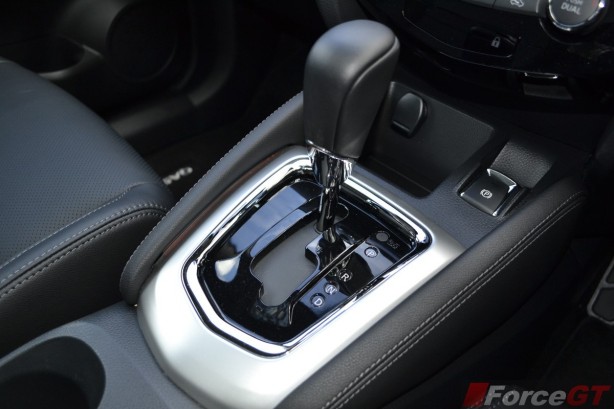 What impresses most, however, is how muted the engine sounds. The Qashqai’s interior is one of the quietest we have experienced (short of the $7,300 dearer Audi Q3 we recently spent time in). 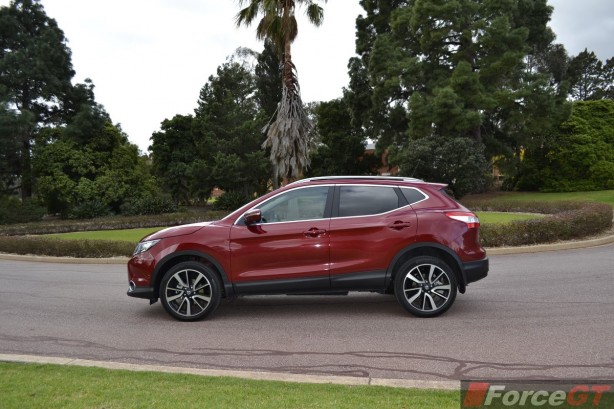 The Qashqai’s handles much like a car. Its body is well composed and stays relatively flat around the bends. Push it hard and you get the expected understeer but it’s easily kept in check by backing off the accelerator pedal.

And while the steering is well weighted and accurate, there isn’t much in terms of useful feedback and responsiveness. However, these are likely to be moot points as most buyers are unlikely to treat the Qashqai as a hot hatch.

Of more relevance would be the Qashqai’s Active Trace Control, which brakes individual wheels to reduce understeer and boost agility. The car’s trick electronic chassis control continues with Active Ride Control that automatically applies subtle braking to individual wheels and enhances torque after hitting a bump to smooth out the ride and deliver flatter body control.

We are happy to report that they work (especially on our Ti shod with 19-inch alloy wheels)… to a certain degree, particularly at low speed. But after a series of moon crater-sized imperfections, the ride will start to get jittery as the brakes and dampers struggle to keep control. 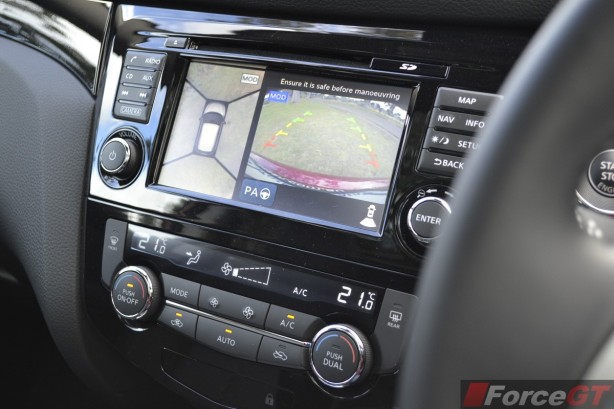 Besides the awkward name, the 2014 Nissan Qashqai is a talented all-rounder that is practical, relatively economical and clever. It is comfortable and surprisingly fun to drive, too.